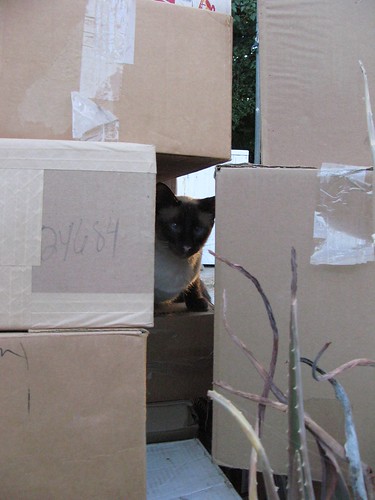 My brother is moving out of my parent’s place and that means lots and lots of chaos while they pack up their stuff and attempt to transport it all to their new place. Of course I never want to miss out on any family drama so I decided to head out to the sticks to help with the “process”. Or at least help my mom cope with the empty nest syndrome, even though this will be my brother’s third or fourth time moving out. 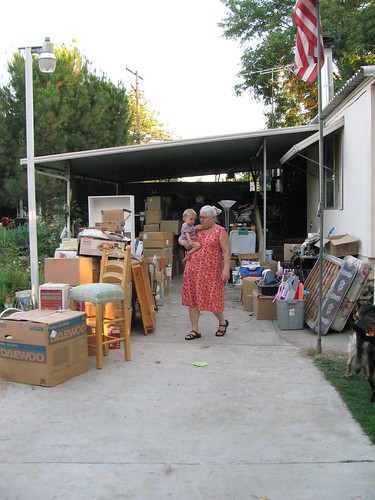 My mom and I have been packing boxes (while my brother is at work and my sister-in-law and nieces are out of town) and we’ve been sneezing up a storm with all the dust. Let me just say this: my nieces don’t need any more toys ever. I think we must have packed a hundred boxes of toys. So many! If you want to buy them a birthday present in the future, buy them a ticket to legoland or something. Something that doesn’t need to have a place. I don’t know what their new house looks like but I’m guessing there isn’t that much more room than there was here at my mom’s.

I could be wrong. I am the fanatical neat-nick of the family. And I might get in trouble depriving my nieces of presents. I hate to do that. It’s just my independent editorial opinion that they don’t need any more toys.

I was talking to my brother’s boss (who came to help—yay boss!) and he said it’s just the times. All kids have this many toys, he said. Hoo Boy! I don’t think I can do that with Baby Bug. I really get stressed out when things don’t have a place to go. Plus, I hate to see people waste money on toys when she’d be just as happy with an old used up cardboard paper towel tube. Though I have to admit I do covet Madeline books and maybe a little miniature broom so she can sweep the patio for me. I’m such a hypocrite. 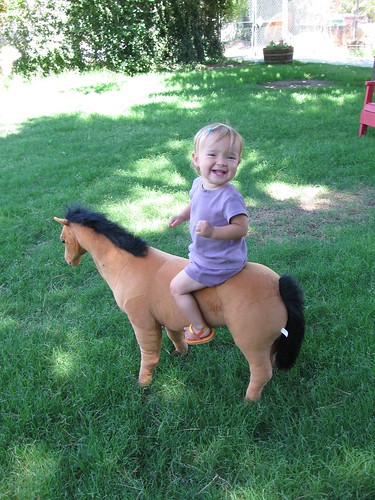 Baby Bug has been having a blast here, as usual. She loves the sticks. “Side! Side! Side!” she yells as soon as we pull up into the driveway. She loves the dogs and the dirt and the miles and miles of weeds to go running around in. It’s not really miles and miles, only a half acre, but to a city kid like Baby Bug it’s miles and miles. I filmed a little movie of me driving her around in my nieces play car. I’ll try to put it up tomorrow if I have time. I would put it up now but Baby Bug is sleeping in the same room I am typing this in and I know I would wake her up if I tried to work on a movie right now. You know me. I can’t just upload a movie as is. I need to edit it and add music and stuff… definitely not something I should be doing at 11:19 pm when my eyeballs are burning and I really should be sleeping. 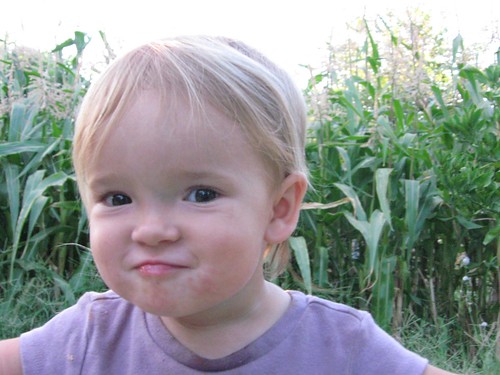 So I’ll leave you with this silly face and check back in tomorrow!