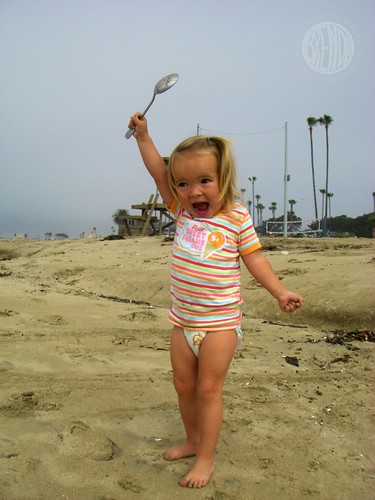 We have about seventeen-billion sand toys that live in a dusty old bucket under our stairs. We take a walk to the beach just about every day. We remember to bring a sand toy with us about once a week. WE ALWAYS forget to bring a shovel. Or “shubble” as Baby Bug would say.

If we do remember to bring a shovel, then we forget it on the beach or it somehow gets lost somewhere along the route to and from the beach. We’ve had a string of beach shovels and each loss has been mourned with real tears. One of these days I will wise up and attach a shovel to a long cord connected to the stroller.

So, knowing our bad luck with shovels, you can imagine our delight when we discovered a bright shiny scooping spoon on the beach the other morning. Someone probably brought it for a picnic to scoop their potato salad or something and left it behind.

You know what that means, it’s ours now! That’s the great thing about living at the beach and walking along it every morning. We get to see the wreckage that was the weekend after it is over. We hardly ever go down to the beach when it is crowded. Too much trouble. It’s way more fun the next morning.

Most of the time we are disgusted by the litter. Sometimes we find neat things like shiny spoons. Hopefully we won’t lose it before the end of the week.

p.s. classy outfit brought to you by: pajamas (we always leave the house in our pj’s) and apple juice that spilled all over her pants 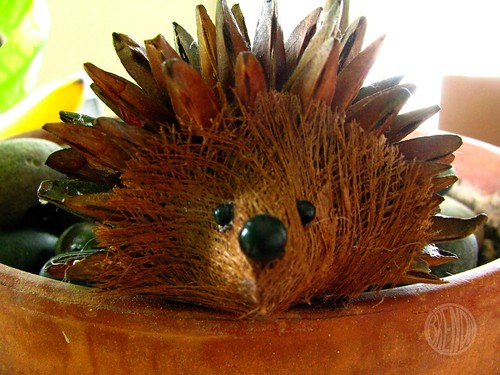