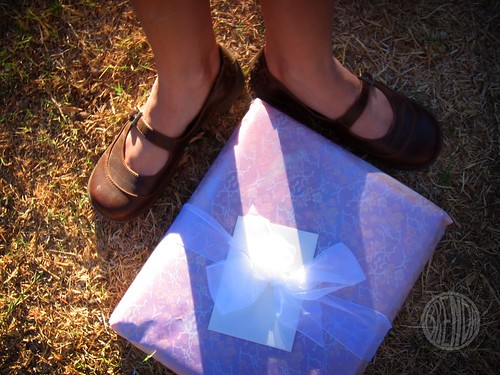 It’s party season around here. It’s worse than June. This Saturday we went to two birthday parties. We were invited to FOUR but one got rescheduled (because we are family and we have that kind of power… bwahahaha) and one we had to skip because three parties in one day is just too much craziness. I’d love to eat that much cake but skipping that much nap time is insane. It was insane as it was. 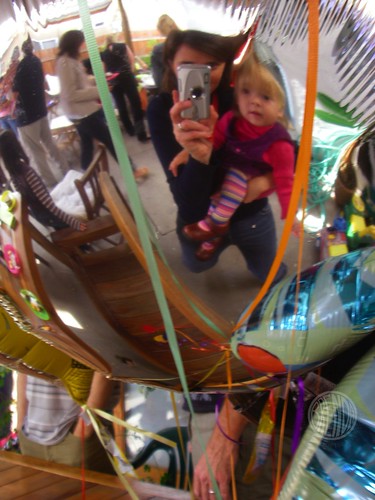 The first birthday party was totally worth blowing Baby Bug’s naptime in half. She slept for 30 minutes on the way there and I was sooo afraid to wake her for fear that she would be the NeedsMoreSleep monster. But she wasn’t. As soon as she saw the bounce house she turned into the funnest kid on earth.

I think her most favorite thing in the world, next to her green pah (pacifier) of course, is to jump. She loves to jump. Five Little Monkeys Jumping on the Bed* has got to be her favorite book of the last three months. She can’t quite get her whole body off the ground yet but she tries. And tries and tries… She would jump on the bed all day if we let her. 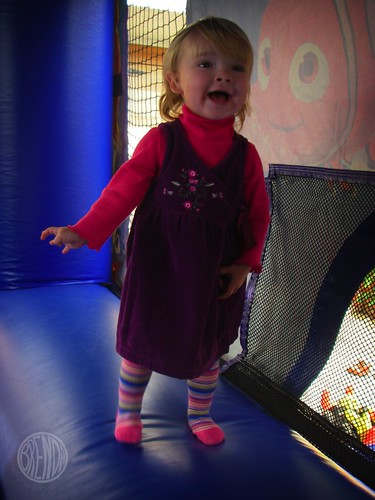 Bounce houses are all the fun of jumping with out any of the falling off and bumping your head part. Which was great. She bounced in there for hours and the only time she cried was when Toby bounced her backwards and she landed smack on her back and scared herself. But she quickly got over that of course. Nothing a little chocolate cake couldn’t fix. 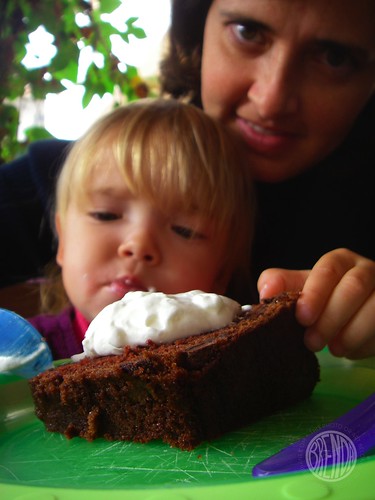 Tomorrow we are scheduled for more cake. SuperChic is having her fifth birthday party (they are having it on a Tuesday just for us!!! How sweet are my family members?!) and it will be a “Royal Princess Ball”. My sister-in-law has been slaving away on a pumpkin cake all day and let me tell you… it is going to be the bomb-ditty-bomb-bomb. I can’t wait! Princess dresses! Princess Cakes! Princesses dancing! 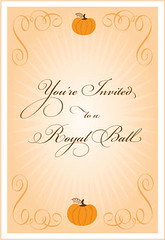 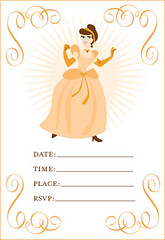 I made the invitations, of course, because that’s my job. I am Chief Invite Maker of the family. I like doing it. Since they were so much fun, I decided to share them with you. If anybody has a little girl who wants to have a princess party and you are sick and tired of all the Disney pink and blue, then you can download your very own orange and brown Fall Princess Party invitations here.

If you do use them, do me a teeny favor and send me pictures or your orange and brown themed Princess Party because there is nothing I like better than Princess Party pictures. I hope to take a couple hundred tomorrow myself.