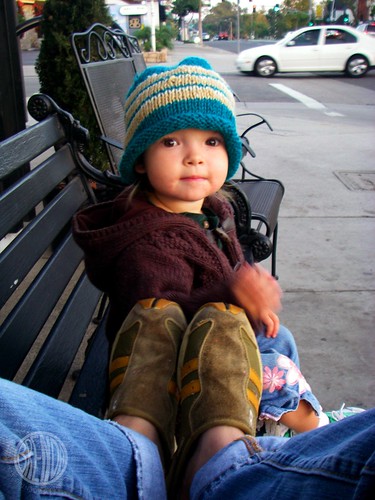 It was kind of nice to have a nothing-to-do-all-day sort of day today. I like to have at least one outing planned a day to break up the monotony that is our house as a daycare center but after the last few whirlwind weeks, I was thankful for some couch time.

I did take Baby But out for two walks, all bundled up. That was sort of fun. It hardly ever gets cold here, so wearing a coat and a jacket (if you call a heavy cable knit sweater a coat) is kind of a novelty. We poked around our neighborhood hoping to find a book case in the trash* but of course there wasn’t one. Nobody ever throws out a book case. I guess I’m going to have to break down and actually buy one.

I did happen to stop into a dog store that just opened near by and asked them if they would like to buy my last few paintings. They said no. I should be insulted but I’m not, thankfully. She told me she’d buy some if they were pink or had leopard print on them. I declined. I’m just not into dogs anymore. 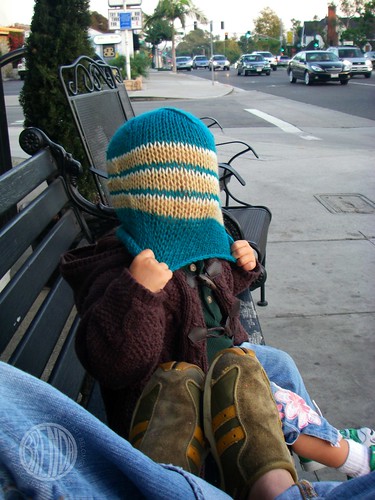 And that was pretty much my day. Kind of a yawner. But yawns are good. Especially when you are a toddler and you conk out and go to bed a whole hour earlier than your usual bedtime.

*Yes, I admit it. I’m a trash digger. But have you heard? There’s a depression coming. Time to save your pennies!