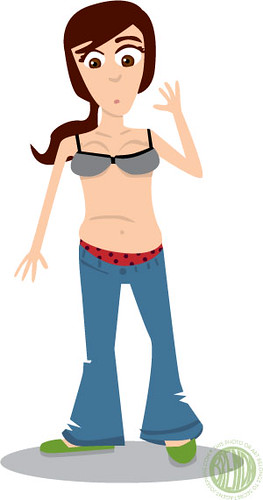 I wish I had written this two hours earlier. Scratch that, make that four hours earlier. It would have been so much funnier back when the synapses in my brain were popping off like whiffle balls out of an air gun. Now they are rolling out like bocce balls in molasses when the air gun is turned off. Why must you leave me hanging like this, you silly grande no-sugar vanilla latte from four hours ago? Enough complaining.

I have been requested to write about underwear and NOT about Baby Bug. Which is a really stupid request, if you ask me, since 200% of my brain is taken up with Baby Bug these days.

I’m not supposed to write about Baby Bug but it’s impossible! I can’t. Okay, I’m sorry. I’m a failure! Besides, I have a feeling that me writing about underwear is nothing like you had hoped for anyway. If Justin Timberlake is bringing “sexy back” then I am taking it away again.

Speaking of “panties”, I’ve read on many blogs that certain people have a problem with that word. I personally don’t but I thought I would show off my html skills (cough cough, that I don’t have) and put in a radio bar so you can change the offending word to something you might like better. Like this: Hmmmm…. that’s more annoying than the offensive word. Maybe I’ll just randomly use all of these words and only offend everybody one sixth of the time.

The other day Toby told me that I needed to buy new underwear. This is a pretty serious hint because, as all of you know, Toby loves me just the way I am. I can be freckly and flabby and dressed in my mom-slob attire and he still thinks I’m cute. So if he says I need some new underwear, it must be pretty bad. It was.

After getting the low-down skinny-scoop from whoorl, (who seems to know everything when it comes to being a girl and being sophisticated) I headed off to Gap Body. Apparently, they make these low cut hipsters that are cute, sexy and comfortable. Imagine that! I didn’t think that was possible.

I have a drawer full of pretty frilly lingerie from Paris but they are NOT comfortable. Cute as a button but I wouldn’t want to have to walk across town in them in the heat of the day. Not to mention, if you wear them every day and wash them at the laundromat instead of hand washing them like you are supposed to, they fall apart into shredded bits. Pffff. I can’t be bothered with hand washing. (That does remind me of another funny underwear story though. More on that later.)

Anyway, am I ever going to get on with this story? It’s not even that great of a story. By the time I get to the punch line you are going to think you wasted your entire day reading all this. But I continue.

At The Gap I found a bunch of really nice undergarments. I even found some bras that I desperately need. I’m so embarrassed to admit this but up until about a month ago I was still wearing my really nice soft cotton nursing bra from Japanese Weekend. It’s really nice and it was designed by a ballerina so that makes it okay. It’s not like it was one of those heavy duty over-the-shoulder-boulder-holder bras with clips to open the cups or anything. It’s soft and wrap-around-ish like those sweaters that ballerinas wear.

But yeah. It has no support. It kinda makes a not-so-well-endowed girl, like me, look like I’m wearing a bunch of undershirts rolled up under my clothes. Or I’m Hillary Swank wrapping myself in ace bandages. Except I don’t have anything to really wrap. The point is, it might be pretty and soft but it is not so very flattering.

I haven’t been bra shopping in a while and I had no idea that the store personnel tighten the straps up to the very minimum so the bra hangs pretty on a hanger. I didn’t notice this before I put it on, of course. So there I am wedged into something that feels five sizes too small and my little boobs are pushed up to my chin. Is this how the girls are wearing them these days? No. I just needed to readjust. 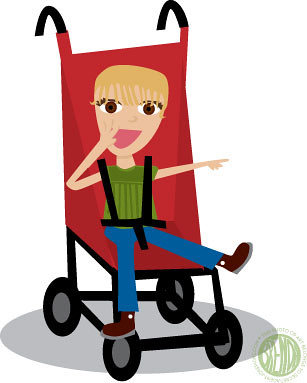 Readjusting while you are still wearing the bra is like trying to play cat’s cradle with a jump rope while you are tied up in it. It was a pain and a half, especially when you are shopping with a bored toddler who thinks her stroller is jail. I was so twisted up with the straps and my Elizabethan cleavage, it was terrible. And then Baby Bug had to go and laugh at me. Yes, she did. I just wanted to fling the silly thing on the floor and ban all bras forever.

I did manage to untangle myself and get my boobs down to their proper height. I even made it out of the dressing room before Baby Bug threw a temper tantrum. The end.

I told you the end would be anticlimactic. What can I say? This is a special request post. Not really a subject I’m known for excelling at. But I would like to add, the hipster undies are most definitely cute and sexy and comfortable. You should go get yourself some.

I have two more skivvies stories. One is about hand washing.

Way back in the day, way way way before Baby Bug, I used to live here in this apartment with three other girls. This was before Toby. One day I decided I was going to hand wash my unmentionables. I don’t know why. I was probably bored—something that makes no sense to me now.

I carefully washed all twenty seven pairs of drawers and then hung them on a make shift clothesline in my bedroom window. Because that was where the sun was at. We don’t have a yard here and the patio is shady and cold.

Well, guess who stopped by with his new wife to see my apartment? My boss! The president of the company I was working for at the time. He lived on my street and I guess he thought he’d take his new wife on a walk and check out the neighborhood and my apartment. I don’t know how or why they decided to “take a tour” but they did.

It was terrible! My house is so dirty all the time because of our awful carpet. I was embarrassed. I wanted to hide. But what could I do? He’s my boss and his new wife wanted to see my place. (She wasn’t really known for her tact.) So of course I led them from room to room and when they got to my room, there were all twenty seven pairs of underthings just hanging there in plain view.

It was so horrible and embarrassing. I don’t even remember what they said. I know they said something because I do remember clearly that they didn’t pretend they weren’t there. I guess I blocked it out. Thankfully, the subject was never brought up at the office.

My other story happened when I was on a cruise to Mexico. A good friend of mine got married on the ship and then took her whole bridal party (and me) with her and her husband on their honeymoon. How fun is that? Pretty fun.

We stopped in Puerto Vallaarta, Mazatlan and Cabo San Lucas. It was a blast.* We toured a tequila factory, drank way too many piña coladas, danced the night away and generally did what you do when you are on a party cruise ship. On our last stop in Cabo, they only let you get off the boat for four hours. Not really enough time to do anything other than shop and get drunk. I’m not a heavy drinker so I dragged my friends out of some skanky bar and forced them to go down to the water with me.

Oh the water! It is SO blue there. It’s so bright you can’t tell the difference between the sky and the water. It’s turquoise like you’ve never seen turquoise. It’s beautiful. We were so in love with the water, we decided that we had to take a swim in it right that very minute. How could we not? When would we be here again? It was a once in a life time (well for me anyway, since I’m married to the anti-traveler) opportunity.

The only problem was, we didn’t bring our bathing suits with us. I don’t know why we didn’t. The weather is so hot down there I should have been wearing my bikini 24/7. But I wasn’t. Just shorts and a tank top. So you know what we did. We stripped down to our panties (sorry! I’m out of words!) and went swimming anyway. I’m so glad too.

From that day on, amongst that group of friends, I am known as “Commando” not because I wasn’t wearing any underpants but because mine were camouflage. There’s something you didn’t know. I wear camouflage underwear. I’m sure there’s a joke in that somewhere.

*except of course the case of Montezuma’s Revenge I got on the last day. But that’s just part of going to Mexico.