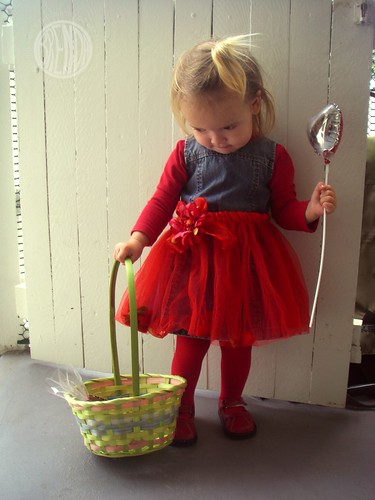 The Valentine Fairy was a hit. Even if her basket was green and just happened to be last year’s Easter basket. What’s not to love? Cookies, hearts, some tulle and a bashful smile…I think she did pretty good. I think Valentine’s Day is my new favorite holiday, next to Christmas and Halloween. Shoot. I think every holiday is my new favorite holiday now that I have a kid. 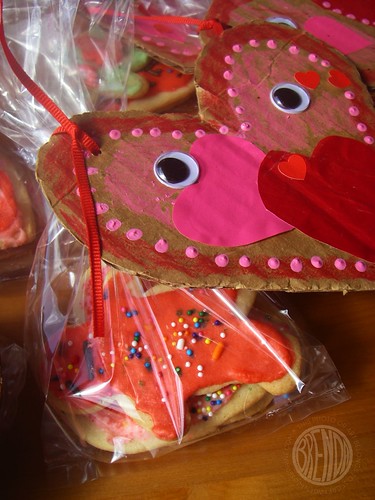 Bug’s had a shy streak lately. Just in the last two days. I’ll ask her to smile at the camera and she looks away. I think she’s finally made the connection between me telling her to smile or act goofy and the many many images she sees on my laptop. Making the Two movie has sort of been a turning point for her. She wants to watch it over and over but then tries to act out each part as it’s happening, which is pretty hilarious because it involves climbing up and down from my chair to act out the dancing parts and then climbing back up to see what is happening next. 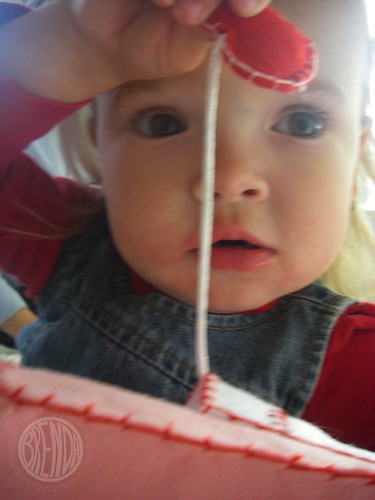 She’s such a nut.

Today was super fun because Toby started a NEW tradition! I’m sure it was because Valentine’s Day snuck up on him and he completely forgot to get us something but what happened instead was ten million times better than any gigantic bouquet of roses or chocolate or jewelry he could have gotten. He decided to take us both to the flower stand and let us pick out our own flowers! Hot Dog! 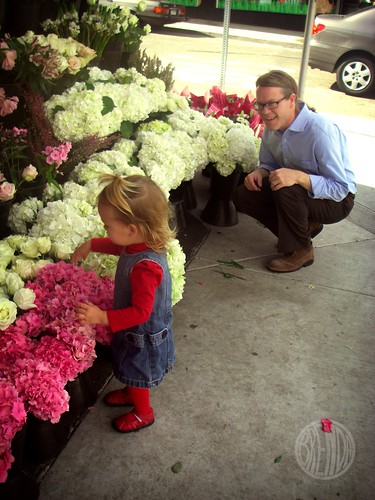 This is great for so many reasons. I don’t even know where to start really. I think first of all it was something we did together as a family. I often stare out my kitchen window and watch the families walking by on their way to the coffee shop near our house. I’m so jealous of them as they meander lazily sipping their coffee and pushing their double stroller with their 1.5 kids. Bug and I walk every where together so it’s not the walking I’m jealous of. It’s the Dad time. 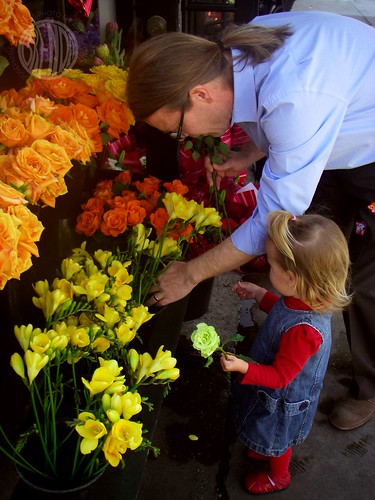 I’m not knocking Toby’s time management skills, far from it. He is a very very very good father and spends plenty of quality time with me and Bug. But he also works a LOT. He hardly ever goes anywhere with us. If I want to have a fun adventure, it’s usually just Bug and me. I’ve come to accept this as part of the breaks of being a one income family. I wouldn’t trade this life for anything. But I can’t say I don’t often stare wistfully at those kids walking by with both parents in tow.

The other great thing about our little venture to the flower shop is that I LOVE FLOWERS!!!! I love them so much I used to work at the exact shop we visited today. It was a great job. Talk about low stress. It’s the cutest little out door stand with all the best selection. The prices are not Conroys, for sure, but the atmosphere makes you feel like you’re walking along the Seine. And I should know. I’ve been to Paris to compare.

Toby has bought me flowers here before and they are very very sweet. Toby has excellent taste but between you and me it’s so much more fun to pick them out yourself! I love making bouquets so much sometimes I just want to hang around and work there again. So letting Baby Bug participate in that fun was just a whole other level of loveliness! 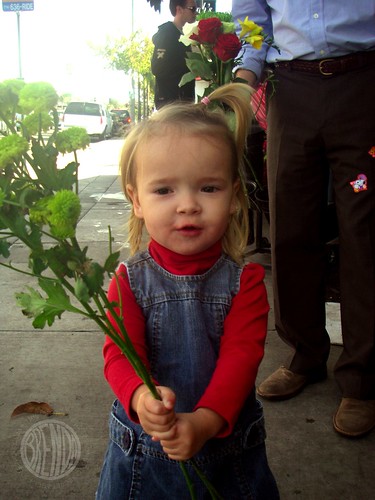 Of course Baby Bug LOVES flowers too. Hello, one hour walks examining every single flower in a one block radius. We’ve often looked at the flowers in the flower shop on our walks but I’ve always had her tightly strapped into the stroller for fear she might pull a Tasmanian devil child maneuver on me and I’d end up buying flowers I didn’t really have the money for. So this time letting her go free was an adventure in itself. And let me just say I’m glad Toby was there. It took two of us to reign her in. She had a blast. 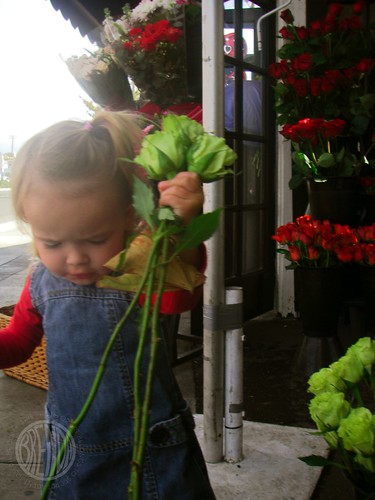 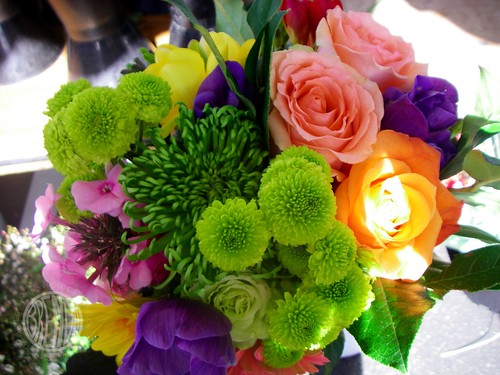 I have to say she has pretty good taste too. She picked a lovely bouquet of pinks and purples and GREEEEEEEEEENs! I didn’t know there were so many green flowers but Baby Bug found them. Never underestimate the power of a color selective child! She’s so funny. 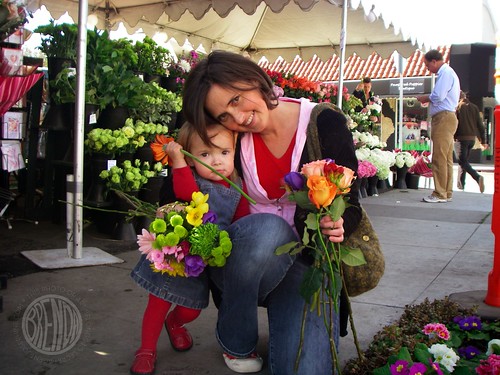 I think we both came away with beautiful bouquets and they cost a fourth of what Toby thought he was gong to spend on us. I say that’s a win win because I really don’t like those long stemmed expensive red roses anyway! I think we’ll do this again next year.