So I went to the swankiest party in Orange County and what did I do? I took pictures for you. It was dark and nobody really minded. And it was better than checking my cell phone every other minute to see if my parents had called to report that Baby Bug was in the emergency room because she cried so hard missing me her eyeballs fell out. I did check my phone five times. That’s not too bad for a mom who is attached to her daughter at the hip. 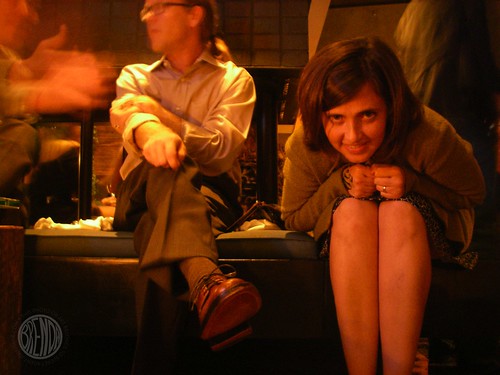 Apparently Baby Bug woke up at midnight crying for me but my mom put her in bed with her and she went right back to sleep. She only cried for ten minutes, my mom said. Which almost made me fall over with a heart attack! Ten minutes! She cried for ten minutes! My poor baby! Then I remembered that ten minutes is really not that long in the scheme of things. Babies sometimes cry for hours so I put myself back together and was just thankful that my mom sings like I do and Baby Bug probably felt right at home. 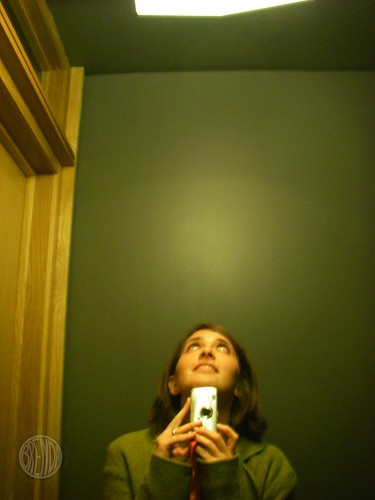 The important thing is we really had fun. You’d never know it by the pictures I took of myself in the bathroom (because I am a Dork with a capital “D”) but we shut the party down. We talked and talked and talked to the most interesting people. People we haven’t seen in years. I drank champagne and TWO martinis with fancy flowers and lychee juice in them. I kinda wish I would have eaten the flowers so I could report to you what they tasted like. That would have been interesting. The lychee juice was yummy though, in a flowery sort of way. 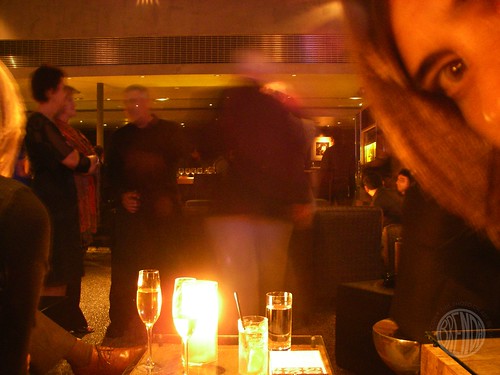 We came home at some unreasonable morning hour (like 2 am), rescued Baby Bug from Grandma’s arms and crashed. Of course Baby Bug woke me up at five this morning so I’ve been a bit of a zombie all day. You wouldn’t even be reading this if I hadn’t have made an agreement with my trusty nine-year-old niece to wake me up after I put Baby Bug down.

Yes, I’m out in the sticks again for YET another party! What can I say? Tis the season. I’ll try to catch you up with the full party report tomorrow when I’m more rested. But now I’m going to go apologize to my Dad and my nine-year-old niece because I growled at them.