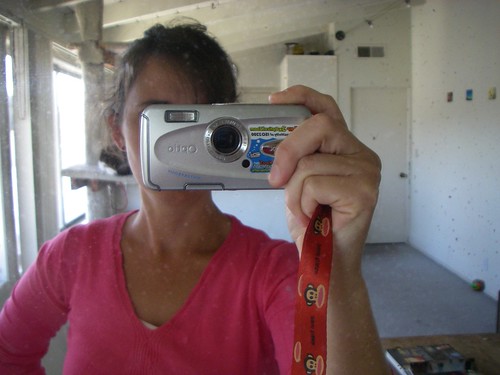 Ugh. I bought a new camera yesterday. Because I’m spoiled and I’m married to a photographer and I can’t stand letting one day go by without documenting it with five hundred pictures. Also, the sand castle festival is coming up and Heather B is visiting. The thought of those two events going by without a camera is more than my blogging heart can bear. 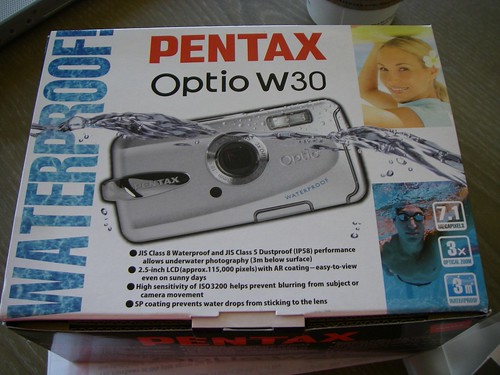 So, I broke down and bought a mom camera. A camera that cannot be broken by sand or water or a sippy cup spilling on it in my purse. It’s waterproof and smash proof. I think I could dip it in apple sauce and then drive over it with my car and it will still be okay. In other words, it’s Brenda proof.

But that wasn’t enough, I also bought a two year warranty because apparently one out of ten of these things is defective and I want to be able to take it back and get a new one if I am that unlucky tenth person. Which I usually am unless I buy the warranty, of course. Four hundred bucks later (a whole month’s worth of freelance pay) I have the ugliest camera on the planet. I’m almost embarrassed to be seen with it. 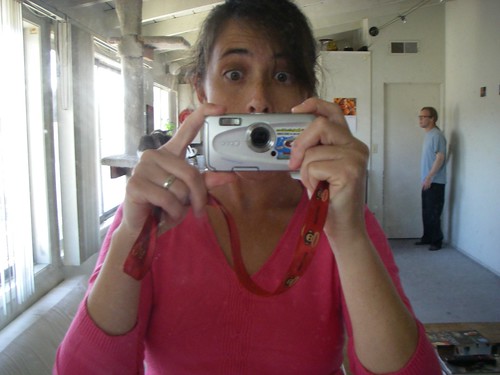 I hate it! It’s terrible. It’s like the mini-van of cameras. I am a die hard canon fan and this is like forcing me to drive a Chrysler after I’ve been driving an Audi for five years. It’s slow. It’s ugly and it has mushy breaks. Plus, it has all these features with icons that make me feel like I’m dumb. It’s like the adult version of a FisherPrice camera. Push this button to print. Push that button to make a movie. And if you can’t read, don’t worry there’s a picture of a dog so you know to select that feature if you want to take a picture of your dog. Actually the icons are kind of cute but there are so many of them.

The thing is like a little mini computer. You can pretty much do everything on your camera that I would normally do on my computer in photoshop. There are filters so you can turn your picture any color of the rainbow. You can crop. You can add effects. You can pretty much design a four color brochure and send it to press from your camera. Just kidding. But it is overkill for someone like me. That’s what you pay graphic designers to do. There shouldn’t be a function on your camera for turning a picture orange. It’s just overkill.

The only person I can imagine loving this camera would be a really really really bored grandmother on a cruise ship with nothing to do all day long but play with her camera. (Nothing against grandmothers.) Maybe that grandmother has bad eyesight so the super big buttons and giant lcd screen are just the thing. Oh and maybe they dropped it overboard while they were in Cabo and some nice scuba diver caught it and returned it to them with pictures and a movie of a dolphin.

Actually, I think this camera is the answer to every focus group complaint that ever existed. It is absolutely completely idiot proof. Which should be perfect for me. The thing is. I’m not ready to admit I’m an idiot. I’m supposed to be some kind of Artist! Photographer! etc etc. I can’t be carrying around some dolt camera.

Maybe I should just stop getting sand in my camera. 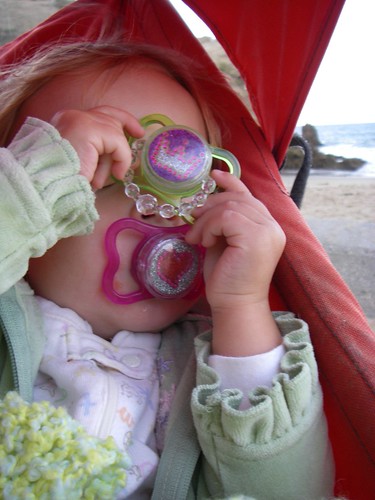 But it does take decent pictures at the beach… so maybe I’ll just suck up my pride and use it anyway.