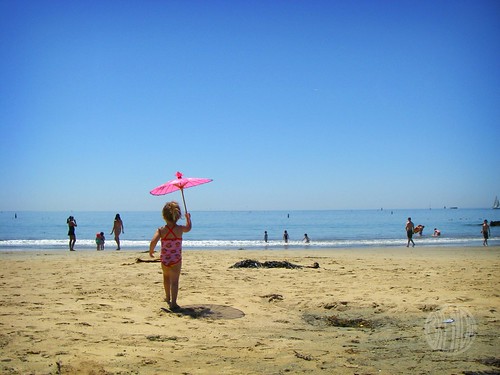 Since it’s been about 98 degrees in the shade around here, Bug and I decided to be like the rest of the tourist fools and spend the day at the beach. Not an hour here and there like we usually do but a huge chunk of the day. I’d say the whole day but I had to cut it off at naptime. I suppose one could nap under the shade of a huge beach umbrella but I was missing my laptop and you guys. (Hi!) 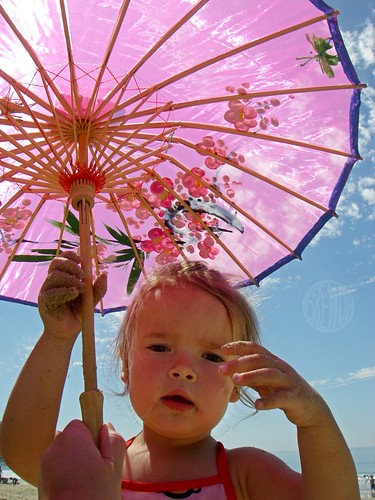 Normally, I would forbid such a fragile plaything at the beach but Bug already broke it at home so I figured we couldn’t really make it that much worse. Plus it only cost about $13 at the Asian market. It was a bit of a challenge to stop Bug from carrying it off and poking other kids in the eye but other than her gregariousness and tendency to be a little over-zealous while sharing, the umbrella was a huge hit. 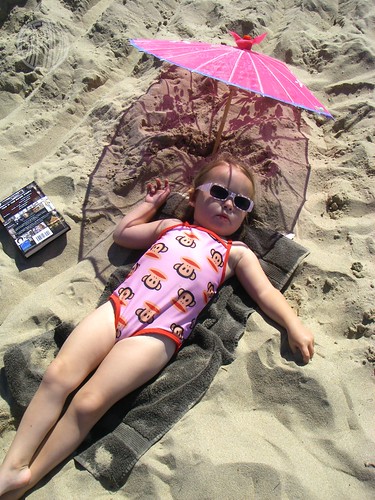 It was also quite effective in shading small areas! Who knew! 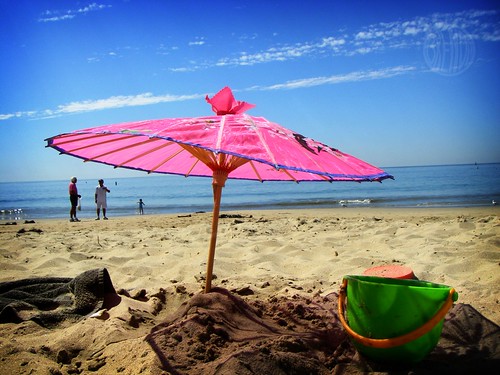 It was very hot. I’m so glad that I brought my own very large beach umbrella. You’d think for someone who lives at the beach, I’d have the beach gear down pat but I don’t. I hardly ever take an umbrella with us. It’s too wonky to carry. We’re always on our way to somewhere else too when we go to the beach, like the grocery store or Starbucks. Carrying around a full day’s worth of gear is just not my speed. But today we had everything and I have to admit it was nice. 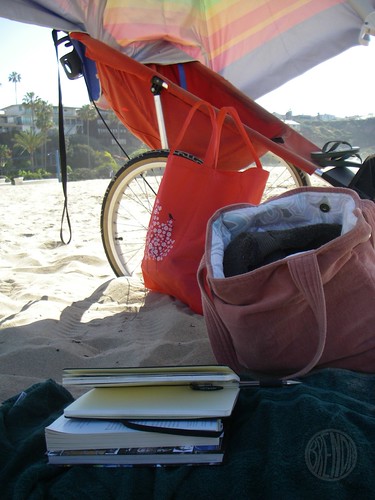 I set up camp with the giant umbrella resting against the jogging stroller. I love that stroller. It’s the best free cast-off thing I’ve ever gotten. It might be rusty and worn but it works. It hauls us and all our stuff to the beach with nary a groan. We leave it outside all year ’round and it never breaks down. It might host a spider or two and the color is a little bleached out but that thing works better than any fancy-dancy stroller I’ve ever seen. 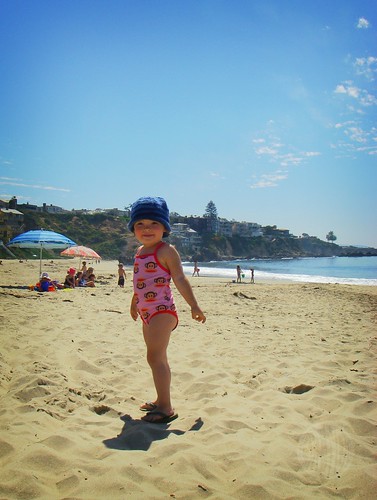 While Bug terrorized our neighbors nearby with her outgoing friendliness, I tucked myself into a book and read right through five chapters. That’s more than I’ve read in almost a year! I never read books anymore. I can only blame the internet. I think I might have to plan a day at the beach every week so I can finally get through the mile high stack of books I have on my dresser. Reading is good. 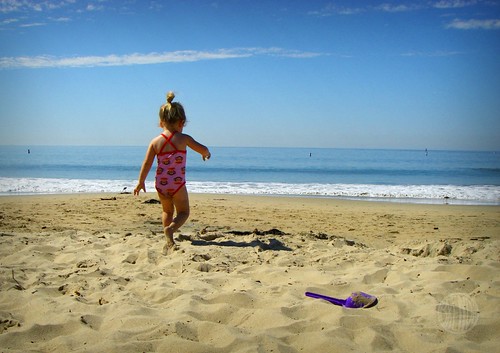 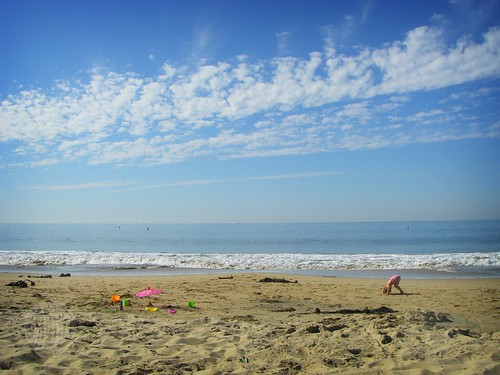 Letting your kid run her wiggles out at the beach is good too. She’s napping right now and I have a feeling that if I don’t wake her up soon she might nap right through dinner. She is one tired girl. I’d probably be wiped out too but I had a great big iced coffee…’tis the season! 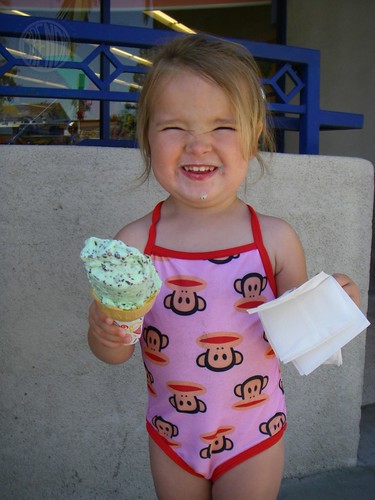 If this is what the weather is going to be like until October, I think we might have to play ‘tourist’ more often.