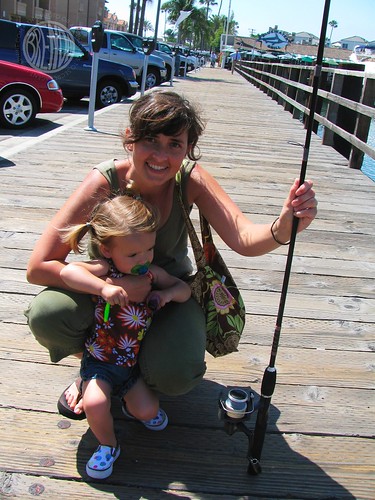 We went fishing today with Toby’s brother, George. It was great. Well, if you don’t mind not catching any fish while you’re fishing…which we don’t of course! Fish schmish. We’re all about hanging out. 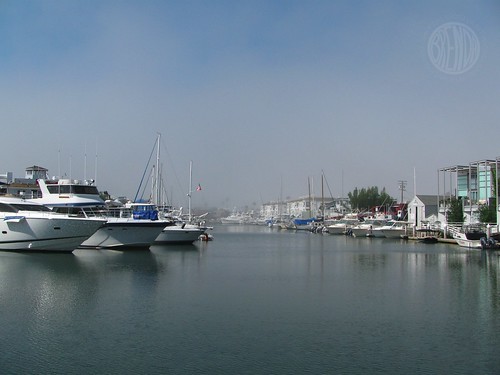 We woudn’t really eat the fish from this fishing spot anyway. George told us they used to build boats here back in the 50’s and the water is quite contaminated with mercury. But all that didn’t stop it from being a beautiful place to sit and enjoy the best weather.

There’s been a bit of a heat wave inland and it’s drawing all the cool ocean air up out of the sea and across the land producing the most pleasant breeze ever. It’s not too hot or too cold and it smells like ocean in a good way. I really liked being out here in the morning as the mist and sunlight flitted back and forth for control over the day. 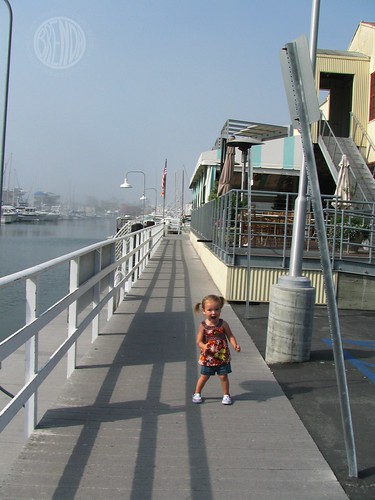 Actually it was his birthday last month. We’re just running a month behind. 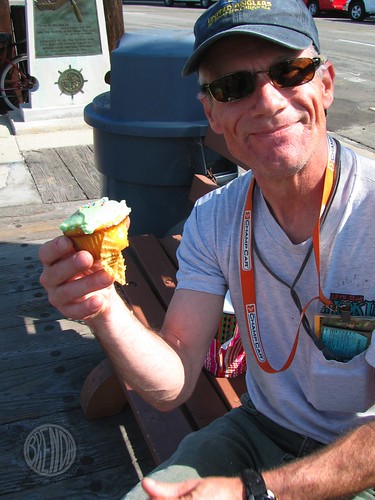 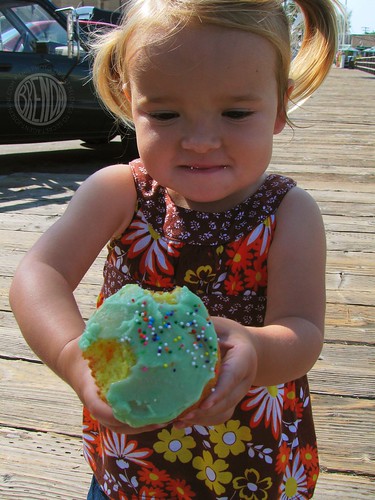 Happy very belated birthday, Uncle George! We made him some cupcakes (with green icing, of course) and then ate them on the pier while we waited for the fish to show up.

Which they didn’t. Some tiny smelt showed up and swam around in schools but nothing big enough to catch. There were a lot of jellyfish though. The wind blows them to this spot and they just stack up on top of each other—kind of like that scene in Finding Nemo where Dory and Marlin bounce on the tops of the jellyfish.

I tried to take a photo of the crazy hordes of jellyfish but this is really the best I got. I’ll just blame my lack of photos on the bright sun. I couldn’t see them very well on my little camera screen. Also, the water was pretty silty (murky) due to the fact that they have been dredging the back bay lately.

I learned that little dredging detail from George along with a lot of other fish-and-game trivia. The great thing about hanging out with George is that he is pretty much a walking encyclopedia. He’s like your own personal book on tape. He’ll even stop and let you yell at your kid so she doesn’t topple into the water and then carry on right where he left off when you are done yelling. I love that about George. He would make a great history teacher. 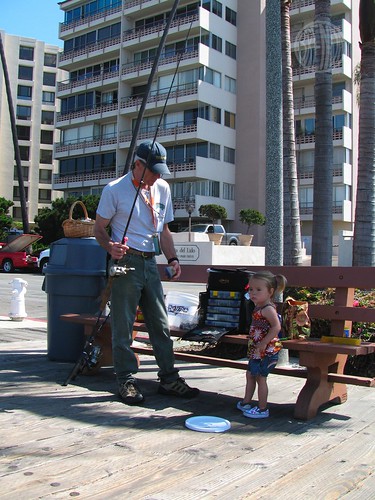 So even though we didn’t catch a single fish, we learned a lot. Baby Bug learned about GREEN fishing bait. 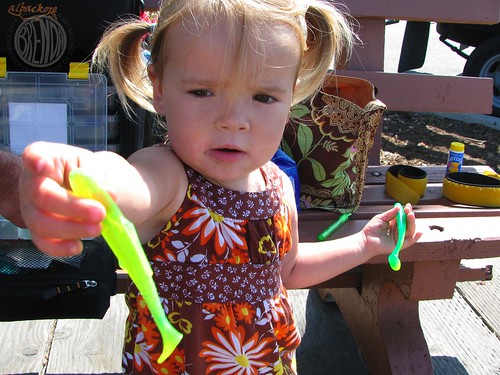 And I learned a lot about the art of fishing. It turns out that the seasons in the water are different than they are in the air. Did you know that? While it’s June here, it’s April in the water and fishing won’t get exciting until August or so.

George and I are talking about organizing a kids’ fishing trip then. If anyone is local and interested, email me about that. It could be fun. And don’t worry, we won’t make you eat the fish.