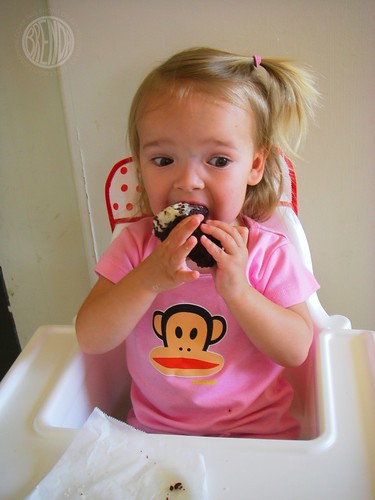 When the cats away… we play! How long has Toby been gone now? A week? Are we missing him? Oh yes. But we’re also having a lot of fun. It’s nice to be able to make noise in the house any old hour of the day and not have to worry about interfering with a major deadline going down in Toby’s back-room office. 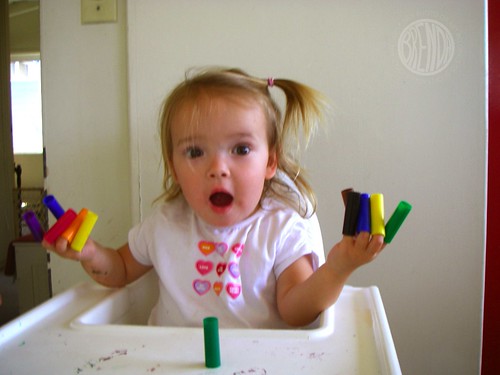 I’ve even been able to take a shower while Baby Bug was awake! Imagine that!! She actually ran around the house and played, alternating with watching Noggin of course. But instead of tears at the shower door or some unexpected disaster like vaseline smeared all over herself or toilet-papering the living room, I’ve found her happy as a clam sitting on the couch watching her beloved Oswald. 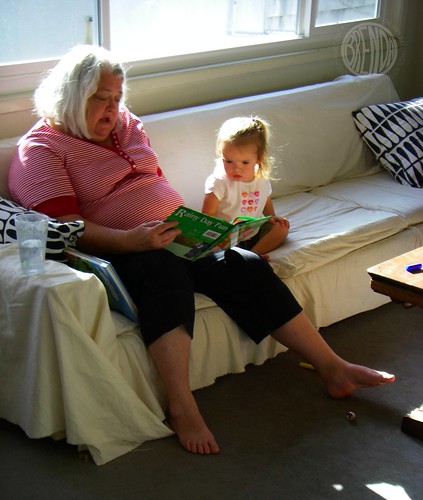 My mom has been here these last few days and that has been great. Nothing like some quality Gramma time. I even broke out the paints which I haven’t done since August! I think it’s the weather. Nice weather makes me want to sit on the patio and paint. 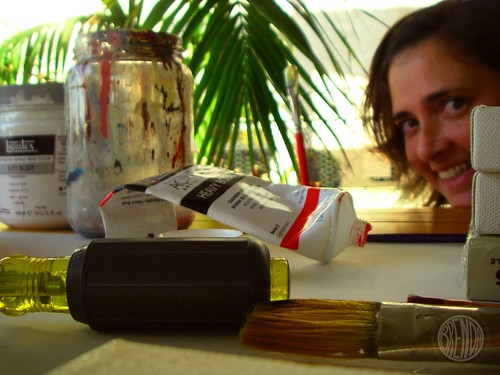 I finished one old one that I’m on the fence about. I think I like it. But of course I get hung up on how imperfect it is. Limbs bending ways they shouldn’t. Shadows where they wouldn’t naturally fall… but I can’t think too hard about paintings or they start not being fun anymore and turn into work. I have enough work in my life I don’t need to make a fun hobby into “work” too. 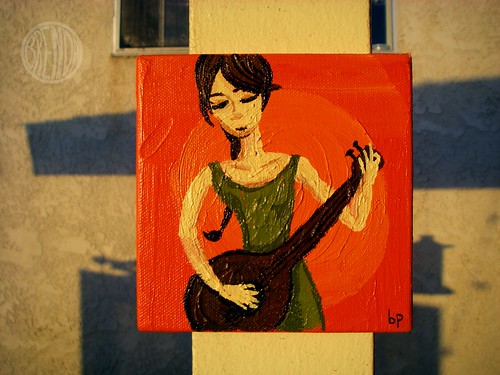 I’ll have to re-shoot it tomorrow in less orange light. The sun was setting and while I usually love photos during this time, I think it doesn’t really show the color very well. Too orange! But anyway… if you guys like it (and be honest) maybe I’ll list it on etsy. Or maybe I’ll list it even if you don’t. 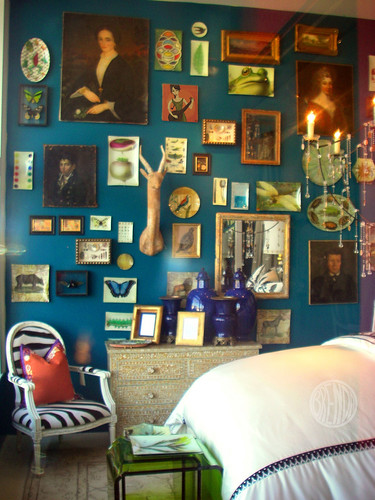 I’m thinking it might work as part of a bunch of other paintings. Smaller. I tried to fit it in this wall but there were no square frames to photoshop it onto so use your imagination and imagine it smaller! Five inches by five inches to be exact!

I also painted the under layers for four other paintings so I’m on a roll. Toby can stay away for another month and I’ll have a few masterpieces. Just kidding! We are missing him quite a bit.

Just the other day Baby Bug said out of the blue, “I want to write Daddy a note”. “A note? I asked, ready to break out the pen and card stock because Toby is certainly missing her and a note might be just the thing. But she never answered me. She was off and chasing the cat or something. It was a sweet thought. We still have another week to go so maybe we’ll get that note out of her one of these days.