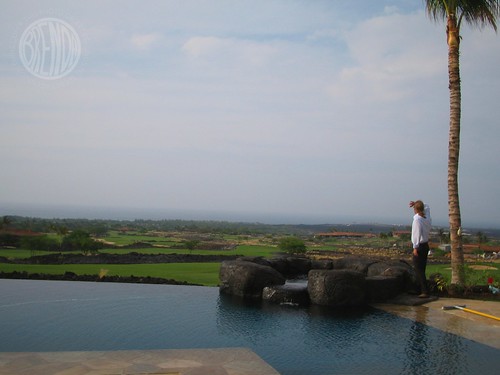 You might wonder why Toby is wearing working man’s clothes while we are here enjoying paradise and that would be because Toby is actually here to work. The perks of being a photographer who takes pictures of luxury homes is that you get to work in all the best places. This week he’s shooting a resort home just around the bend from where we are staying in Kona.

I can’t really blog about the house itself because it is owned by someone very very wealthy and privacy is part of the package deal. But I can say this: it’s pretty amazing. The people who are building the house let us take a sneak peek while Toby scouted out the views. 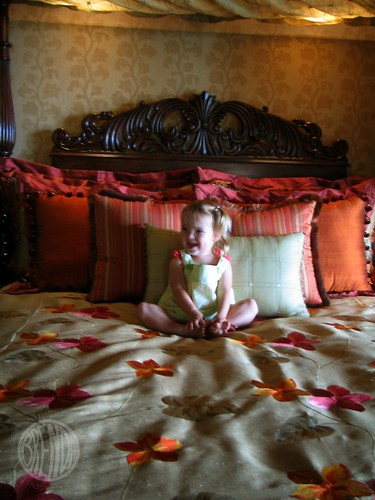 This was a nightmare for me because as everyone knows two-year-olds want to climb up on and touch everything. The whole place looked like it needed a giant “Don’t Touch” sign to me. I about died when she clambered up on the very staged and very exotic bed that was about as high as something right out of The Princess and the Pea story.

Thankfully the “stagers” (people who set up the furniture etc.) were very nice and didn’t seem to mind a bit. I’m so glad too because it was hard enough keeping her out of the wine cellar that had just been varnished and smelled like cancer. They suggested I let her play in the shallow end of the vanishing pool in the back yard. 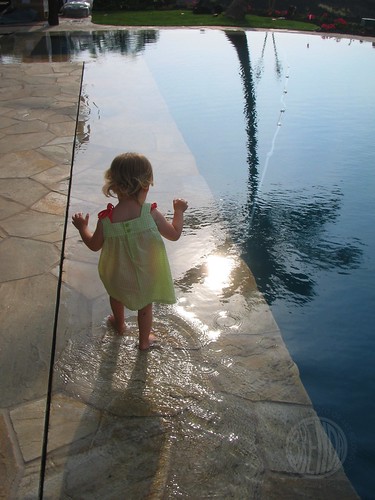 Gulp. Yeah, that would be my heart in my throat. Do you see that seam between the pretty flagstone and something dark and blue? That’s the deep end. Let’s just say I was working just as hard as Toby keeping Baby Bug from learning how to swim the hard way. 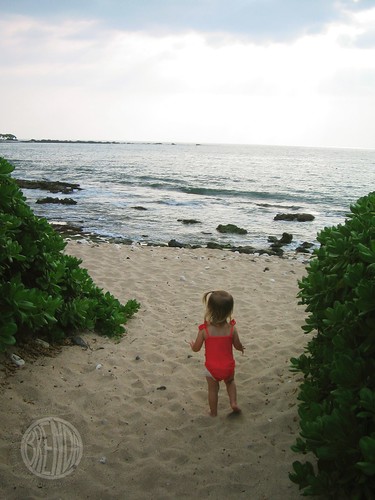 After Toby put in a couple hours of “work” he took us to a nearby cove in Kukio. It is the most perfect beach ever. It was overcast and the sun was setting so the light didn’t really do it justice but the temperature was perfect. That’s the strangest thing around here. Usually when the shadows start turning purple I start looking for my sweater but around here night can come and go and you can wear no sleeves without even the slightest shiver. 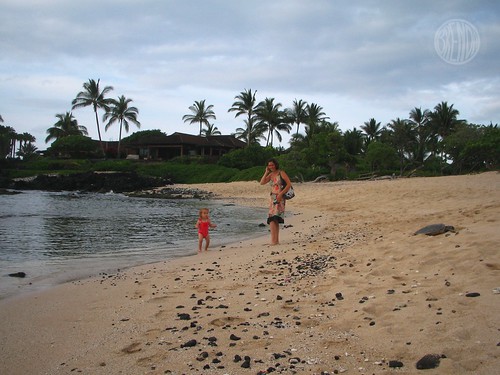 There are two resorts on both sides of this little beach but right in the middle is a public walkway for the rest of us humans. Before I knew the name of this little cove I called it Turtle Beach because this is where we saw real sea turtles! 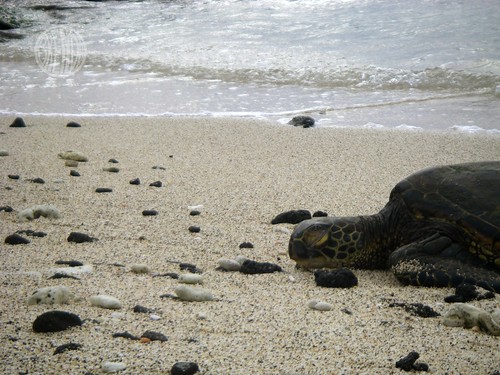 They crawl up on the sand here and take a rest from swimming. It’s very strange to be so close to them. I assume they are protected so we tried to give them a wide berth (thank you zoom lens). Of course Baby Bug wanted to go take a ride on “Crush” because she is such a fan of the movie Finding Nemo. I had to explain that these turtles were sleepy and Crush was somewhere out in the EAC. Maybe some other time Bug. 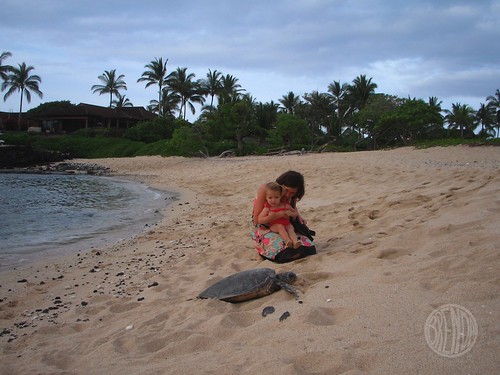 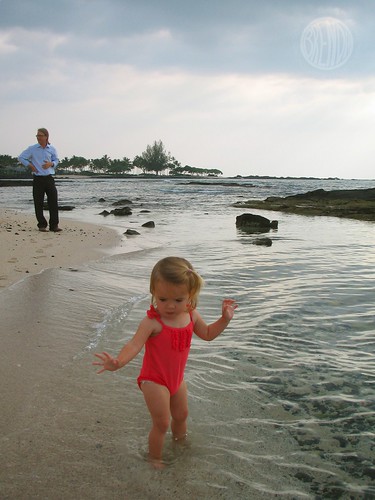 That was okay because there was plenty of sand to play in and she could do what she always does which is throw rocks in the water. Too bad I didn’t bring a “shubble” though. I don’t think this sand is very good for making sand castles with anyway. It is very coarse because it is made of volcanic rock and coral. It can be a little “ouchie” on the feet if you are not careful. 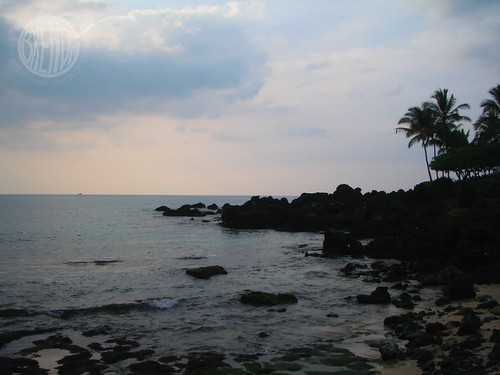 That pretty much sums up our day in Kukio. I can’t wait to go back when there isn’t so much “vog” in the air. Vog! Isn’t that a funny word? That’s what they call the smog around here because it is pollution coming from the volcano instead of cars and factories. It can be worse than breathing the air in LA, they say. Imagine that, 100% natural organic pollution. And guess what? It’s just as cancer-causing as the man-made stuff.