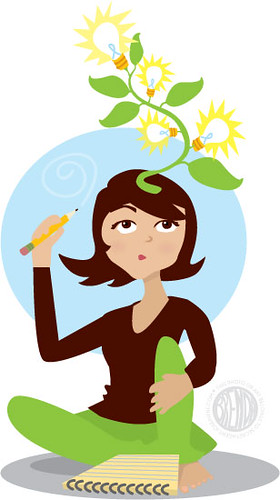 I’ve had a post on my heart for months now. I’m not exactly sure how to write it. I’m not even sure if I should write it. It’s one of those things that is so close to home that I just can’t see the forrest for the trees. And it involves my family and maybe they don’t want me to write it. Maybe I need to respect their privacy. But at the same time it’s really hard for me to sit by and say nothing.

As you may know… times are tough. My brother is unemployed and has been on and off for as long as I can remember. He’s moved in and out of my mom’s house so many times, nobody keeps track any more. My brother also has two beautiful daughters and an amazing wife*. They are riding this roller coaster life with him. I don’t know what to say about why this happens. I don’t want to judge his decisions in life, although I am the big sister so of course I have a million nosy opinions that are not that appreciated I’m sure. I just know that it hurts. It hurts everybody.

It comes in handy when I’m walking out of the grocery store and somebody holds out a can asking me to donate money to this cause or that. I can look them in the eye and say with a clear conscience, “I have my own charity, thank you. I’m trying to keep my own family off the streets.” And it’s true. I am. But I’m not. Not in a way that is making enough of a difference anyway.

You see, I’ve been scraping by all my life to escape the poverty I grew up in. All my growing up years my Dad pounded into my head that I had to go to college so I could live a life that was better than his. Every time a collection agency called and I had to close the bedroom door so I didn’t have to listen to my mom sobbing, I became more and more resolute that I would not live this way. My dream in life was not to live in a fancy house or drive a fancy car. I dreamed of not having to worry about money. That was my dream.

In a way my dream came true. I was lucky. I was blessed. And I also worked really really hard. I graduated from college and found work that paid well. I learned to live below my means and that was probably the best lesson I ever learned. Then I met Toby and together we finally figured out a way that I could be a mom and not have to work (though it’s like pulling teeth to get me to stop).

But even though I’ve managed to pull myself to the other side of the poverty line, my heart is still very much tied down to it. In order to escape I cannot always help my family out when they are in need. If I helped out financially as much as there is need, I would still be stuck. The pit of need is so deep there is no hope of ever filling it. We would all be pulled down to the lowest common denominator. We don’t all live out of the same pot. We are not communist.

I also have to think of the future. I know things are going to get worse. The real estate crash is just starting to rear it’s ugly head and soon California is going to be in a depression. Not to be an alarmist but we have to be smart. We can’t just let history broadside us.

I know my parents health is going to steadily decline. I don’t mean to be a pessimist but I know the odds of someone being struck with cancer or some other deadly disease is very likely. If we’re smart we should almost just start planning for these things. Not to create a self-fulfilling prophecy but to just save money like crazy. It only takes one snowball to roll you under.

I don’t know exactly what to do. I wrack my brain daily with ways to save my family. My brother is about to be evicted from his apartment and will probably have to live in a shelter. This is not the end of the world. Maybe once he is actually “homeless” he will finally be taken seriously enough by the paper-pushers that run government aid programs. Maybe they will get a social worker who actually can help them for a change.

Even though it’s a really bad idea (for my parents who are struggling and have no hope of retiring until they are 104), my mom’s house is still open to my brother and his family. My nieces can stay there any time. There is always enough love to go around. There just isn’t enough money.

Where do I come into this picture? I don’t know. I’m constantly trying to think of money-making ideas for them. My brain is spinning a mile-a-minute all the time. It’s almost an obsession for me.

We visited a screen printing shop over the weekend (I’m trying to get some Gumball t-shirts printed) and immediately I fell in love with the idea of buying the business from the old man who was running it. Of course this is silly because A. I do not have the kind of money it takes to buy a business and B. I don’t think it was for sale.

How fun would that be though? I could make the designs. My mom and my sister-in-law could run the office. My brother could do the manual labor and keep the machines running. I could make every kind of t-shirt I ever desired! Of course my brain immediately started day-dreaming about painting the little shop and what kind of landscaping it needed because I am just so out of touch with reality when I dream…

It probably will never happen. It will get cast aside like the other five-thousand-and-nine ideas I’ve come up with. There is no easy way to get rich quick. I know absolutely nothing about the screen printing business. I don’t know what kind of overhead a business like that would have. If some punk rock kids could become millionaires printing t-shirts out of the back of their van, could we do it too? I probably will never know. It’s too big of a risk. But it’s an idea.

Fortunately, unlike money, ideas do grow on trees.

*Yes! Please do click on her site. She has ads and every little bit helps.