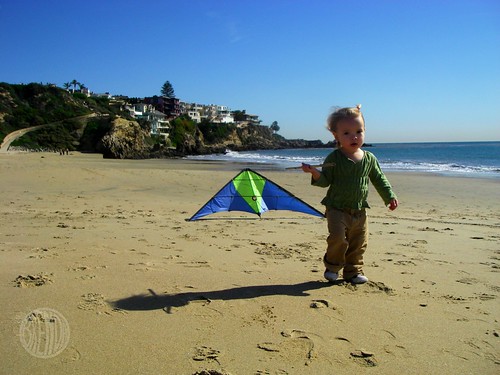 Today was a PERFECT day to fly a kite. (What better way to spend your real birthday, right?) It was so great. The weather was pretty, windy and clear as a bell. You could see all the way to Catalina and beyond. The tide was out and nobody was on the beach. Just yards and yards of wide open space. It was beautiful.

Since Uncle George (more famously known as The Perchinator by his buddies and hopefully blogging soon if I have my way) brought Baby Bug a kite for her birthday, we thought we might as well try it out first thing. Her new kite is a beauty. Gigantic AND GREEN (with some purple). Though I think the turquoise side is showing in this photo. Take my word for it, the other side is GOREEEEEEEEN! 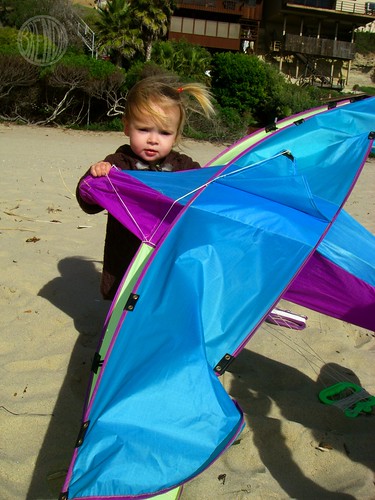 It wasn’t quite ready for flying yet (it’s missing some struts) but we did manage to get it up and in the air. I would have taken pictures but I was busy running up and down the beach flying it with no hands for camera shooting! 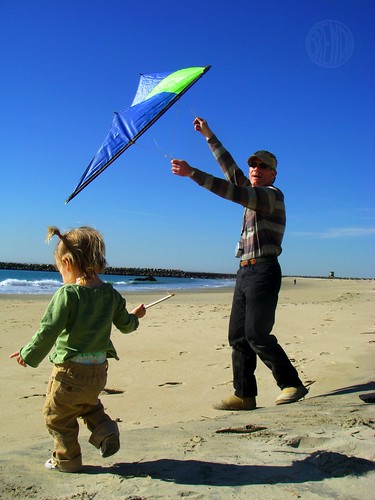 But that’s okay because Uncle George brought his super duper stunt kite! That thing was crazy! It whipped around this way and that. I have never seen such kite flying! I had no idea it was such a sport. Or should I say, Uncle George is crazy?! He’s actually a trained stunt kite flyer. Who knew?!! There are a lot of things Uncle George is really good at that nobody knows about. It’s kind of a Ponnay trait to be the best at whatever you do. It can be annoying to someone like me who is not really the best at anything but I certainly enjoy being a spectator. 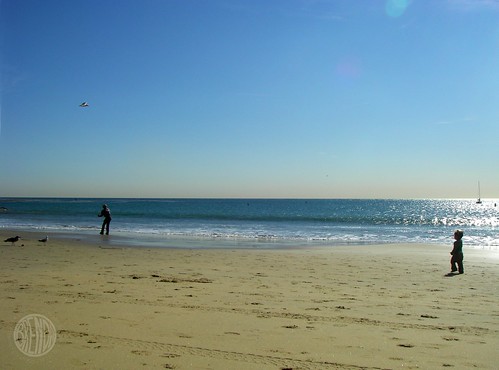 Baby Bug thought it was pretty fun too. She chased after him all over the big, wide-open beach. She would have been right in the thick of things if we weren’t so afraid that those knife sharp strings might cut her head off. I kid you not. Uncle George said that the strings on a kite can actually decapitate someone. I had no idea. Let’s just say I’m going to be leaving the stunt kite flying in the hands of someone a little more experienced. He tried to let me hold the strings but I declined. That’s like handing me a gun and saying, here shoot someone. Yikes! 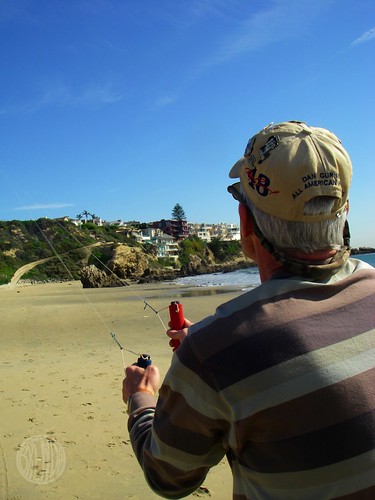 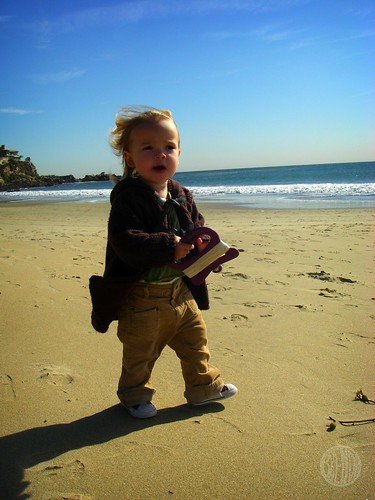 We let Baby Bug carry the string but it wasn’t attached. She didn’t care. She thought she was “large and in charge”! One of these days we’ll fly her kite and keep things a little calmer. 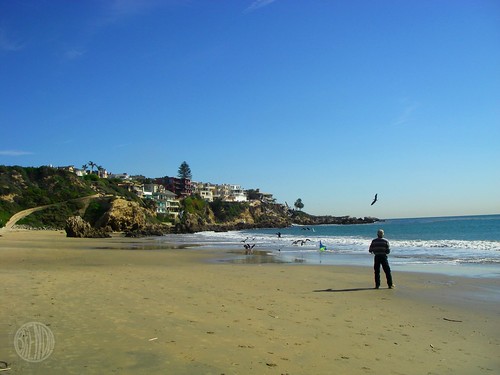 I was very happy to leave the stunt kite flying in the capable hands of Uncle George. We could have watched him for hours. He showed us how to scare seagulls with a kite and some tourists too. I don’t think scaring the tourists was on purpose but it was pretty funny. He plunked the kite down (probably on purpose to save their heads) five feet from a couple walking by and they nearly jumped out of their skin. It was hilarious. Thankfully they were very good natured about it and actually sat down (several very-safe yards away) to watch the show with us. 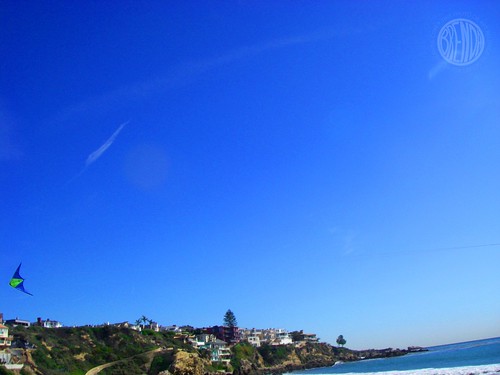 That kite was a wild whippy thing. It was very hard to photograph. Along with not being able to see my lcd screen very well in bright sunlight, my camera’s extremely annoying shutter-delay factor did not help. The kite flew so fast it was all I could do to get it in the frame. So please don’t mind the tipping horizon. Don’t worry, the ocean was not actually about to pour over on us. 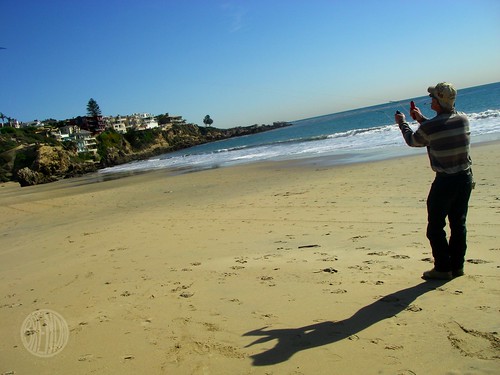 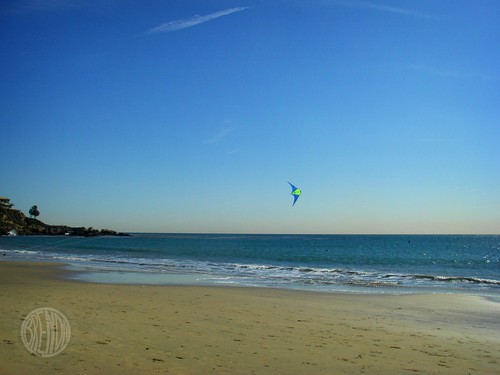 I did get a few though. And then we called it a day because that whippy wind is tiring! Poor Baby Bug zonked out on the stroller ride home and it was a whole hour before her nap time! 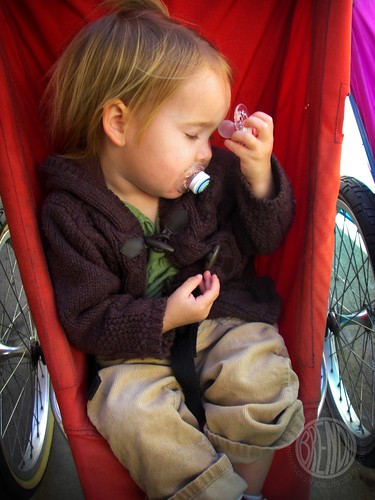 I’d say this photo is a pretty good indication that we had fun.