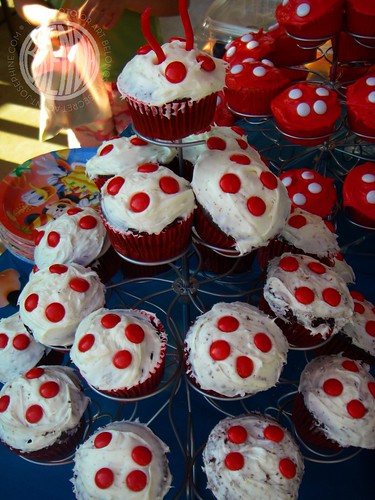 It seems like every other day we are eating cupcakes. I’ve often thought about this phenomenon as I’m trying to cut down on my sugar intake. There always seems to be some reason that I HAVE to break my no-sugar rule and just eat one more cupcake. Come on! How often is it somebody’s birthday?

Well…The truth is it’s somebody’s birthday or anniversary or just-had-a-baby day or something EVERY DAY!!!! So I guess I’m just not meant to be stick thin. Cupcakes are a fact of life. 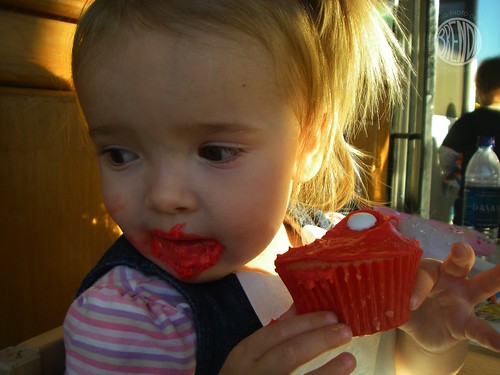 If you’re Baby Bug that is not a problem at all! So we didn’t have a big blow-out birthday party for her this year. No problem! We’re just celebrating birthdays every day! Baby Bug thinks this is totally normal. It’s so fun to be TWO! 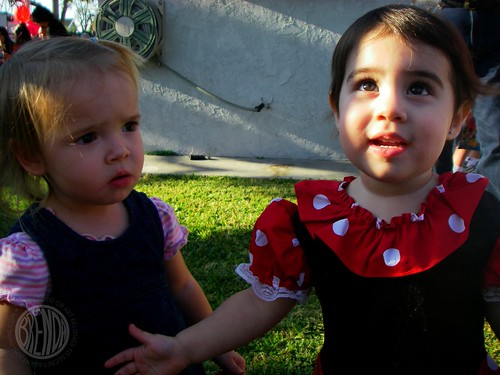 On Saturday we went to my friend Felix’s birthday party for her little girl who was born only one day after Baby Bug. Felix was due a month after me but her baby came a little early. It was the funniest thing when I was in the hospital and I walked down the hall to some nursing class or something and there was Felix with her baby! It’s kinda cool to have a friend show up where you least expect them. 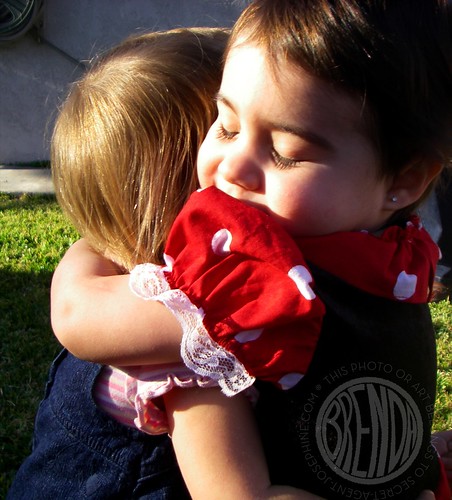 Wouldn’t it be cool if our kids grew up to be friends too? So far they seem to get along pretty well. Hugs all around! 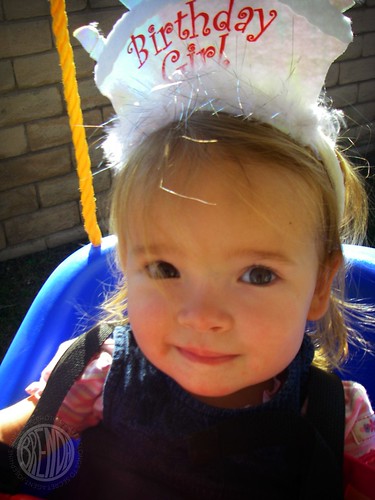 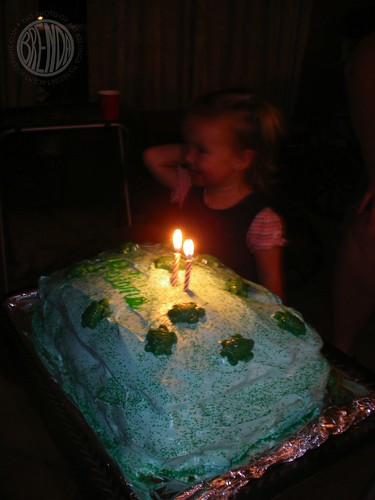 I’m not exactly sure how a “poke cake” is made but it has something to do with poking the cake and pouring jello inside it. I think usually the cake is white and the jello shows up really well but in the case of Baby Bug’s cake EVERYTHING was green. Green green green. It even had green cool whip icing. As Baby Bug would say, it was “TASTY!” 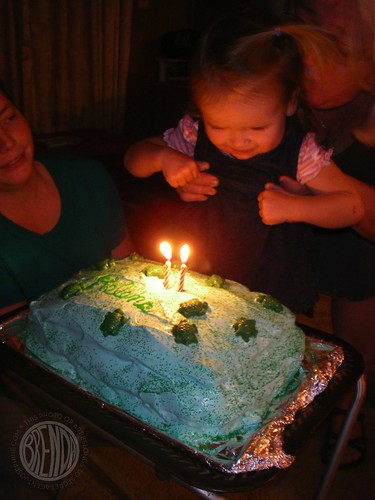 It’s so great to be two. She got some really sweet gifts too. I’ll probably have to blog about them by and by… but right now BB and her cousin Superchic are bouncing up and down on the couches at the coffee shop that I’m borrowing wi-fi from so I think I better be finishing this up and skidaddling.