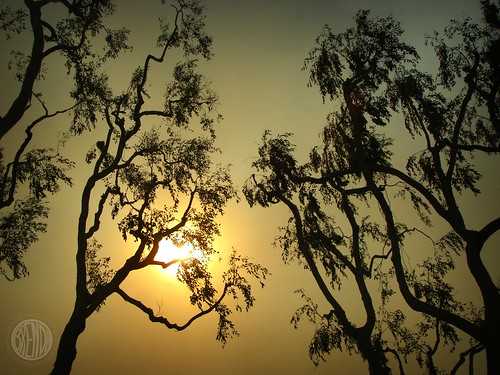 We’re covered with smoke here. You probably saw something about it on television. Everybody I know is fine, so don’t worry. We’re all rubbing our eyes and coughing but we are in no danger of having our houses burn down. The fire near us is a whole city away and there are lots of streets and concrete between us. I guess that’s one good thing about living in an urban area. We don’t have that much wild brush to burn up here. 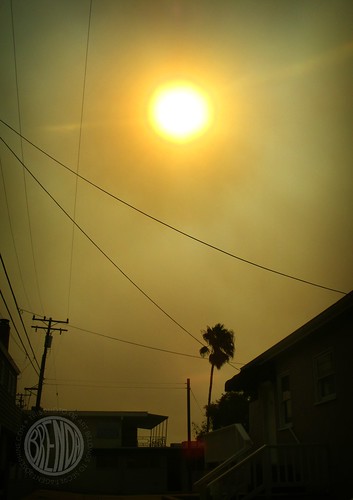 It probably wasn’t very smart of me but I was so in awe of the rose colored light, I packed up Baby Bug and took her down to the tide pools for an impromptu photo-shoot. I hope she doesn’t blame me when she develops asthma later in life. I don’t know how bad it was to be breathing this air. It didn’t hurt to breath and I saw a few other families out enjoying the strangeness of it all. 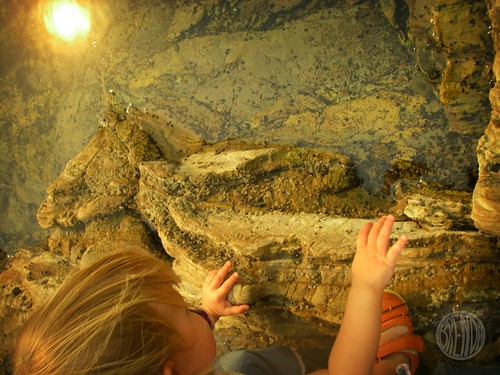 Maybe I can sell my photos and pay for her doctor bills. Ack. I shouldn’t joke like that. But it was pretty amazing to be out in this strange other-worldly light, taking pictures. I would have stayed longer if the battery in my mom-minivan camera didn’t go dead. Along with everything else that is dumb with this camera it also has a battery that goes dead with very little warning. It lasts the normal amount of time but when it starts blinking that means your photo shoot is pretty much over immediately. Even turning it off and then back on again doesn’t work. 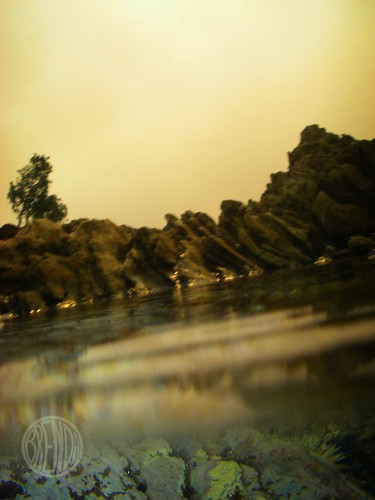 But guess what!!!! I don’t hate my doltish camera anymore! You know why? Because it’s waterproof. WATERPROOF is sooooooooooo cool! It was the weirdest feeling to deliberately dunk a piece of electrical equipment in a tide pool today. I was all ready for it to shock me or at least start changing funny colors on the lcd screen. But nope. It just kept on working and working. I LOVE IT!!! My camera is an amphibian! How cool is that? 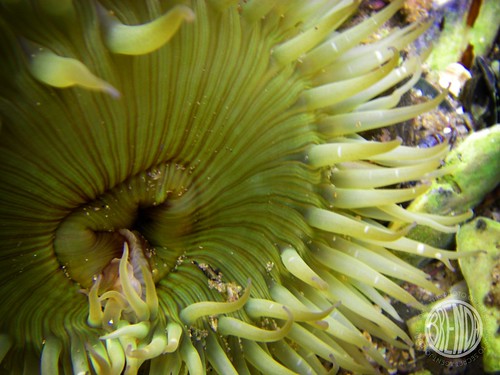 You should have seen the look on the girl’s face who was standing near me when I dunked my camera in a tide pool. Her eyeballs popped right out of her head. Priceless, that’s what her shock was. I think I’m going to go around dunking the camera in water just to repeat that over again. 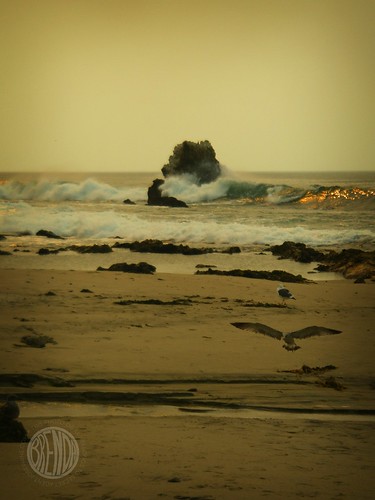 Being amphibious makes all the other stuff that I hate about the silly camera not so bad. I can put up with the slow shutter button response. I can put up with pukey color it adds to all my photos. I can even put up with the stupid lcd screen that goes dim one second after I start to frame my shot. I’m sorry I said all those mean things about it because when it comes to taking a beating and still keeping on ticking, my camera can kick your camera’s butt. (I say that affectionately, of course. As a rule, I’m against cameras fighting.) 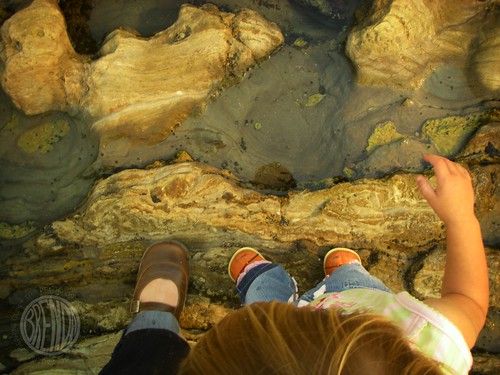 But enough about the silly camera. It was really fun showing Baby Bug the tide pools. I can’t believe I haven’t taken her down there more. I used to walk there all the time when she was small enough to fit in the baby carrier but I never let her actually get down and look at the little crabs walking around.

It was like walking around on the moon. Poor Baby Bug, I was so distracted by my picture taking that she got herself in quite a pickle. The ground is very uneven and rough and her little feet just couldn’t find an easy way to go where she wanted to go. Eventually, she fell into a pool and got very upset because she had her shoes on. “Shoes ON!” she cried. 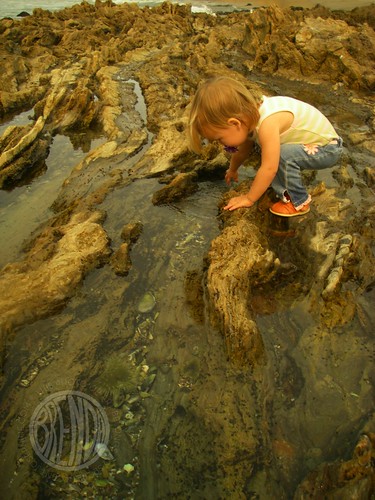 I love her little orange shoes but she has nearly outgrown them so I told her it was okay that she got her feet wet. I couldn’t very well take her shoes off because the rocks are sharp with barnacles and crustaceous skeletons (is that redundant?). So I decided her little orange shoes could take one for the Gipper. Or Gromit or whatever. It was worth it for the experience.

Okay, yes, I admit it. I was selfish and I wanted to play with my amphibious camera. Take one for me, cute little orange shoes. (Actually the shoes are fine. Much like my camera!)