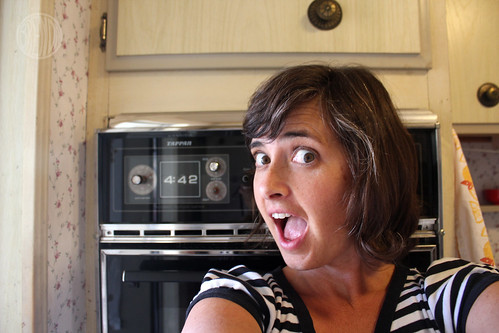 Houston (and everywhere else too), I have an oven!!!!

It is so great. It is the best thing EVER.

You know the best way to make someone bake tasty treats? Take their oven away for half a year. It worked like a charm on me. I never knew I used an oven so much until I didn’t have one.

It was so exciting to have one again that I was baking in that thing less than three hours after it was installed. I’d probably have baked sooner but I wasn’t in town yet. I was still out at the beach for our weekly visit with Toby. But you can bet I hightailed it out of Orange County as fast as I could so I could get home and put this hunk of 1970’s junk to work. I was soooo very happy.

My Dad is here this weekend and in less than two days he has installed my oven, painted my bathroom floor mint green (that actually clashes terribly with the avocado green tub but is a zillion times better than the water-damaged press-board that used to be there), fixed the one spot in my yard that Holly was escaping from AND taken the cover off my swamp cooler so I can be cool as a cucumber once summer gets here.

Tomorrow if he has time after jury duty (he’s a busy guy) he might even install a motion sensor light in my backyard so I can do laundry in the dark without having to plug an extension cord in. Is my Dad awesome or what? He blows me away with his selflessness and this is just how he is. He’s always like that. He’ll give you the shirt off his back and then ask if you’d like his shoes too. 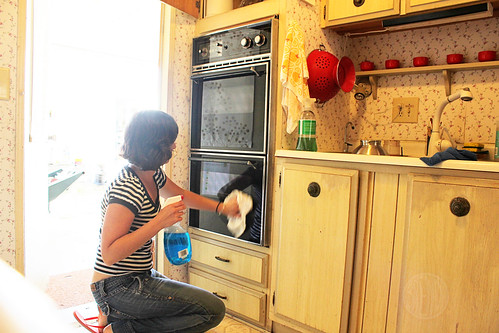 Anyway, back to my best-thing-ever oven. I do not care one bit that it’s an old hand-me-down from my mom’s trailer on the other side of town. It is a thing of beauty in my eyes. And it works!!! That’s all I care about! So I shined it up… 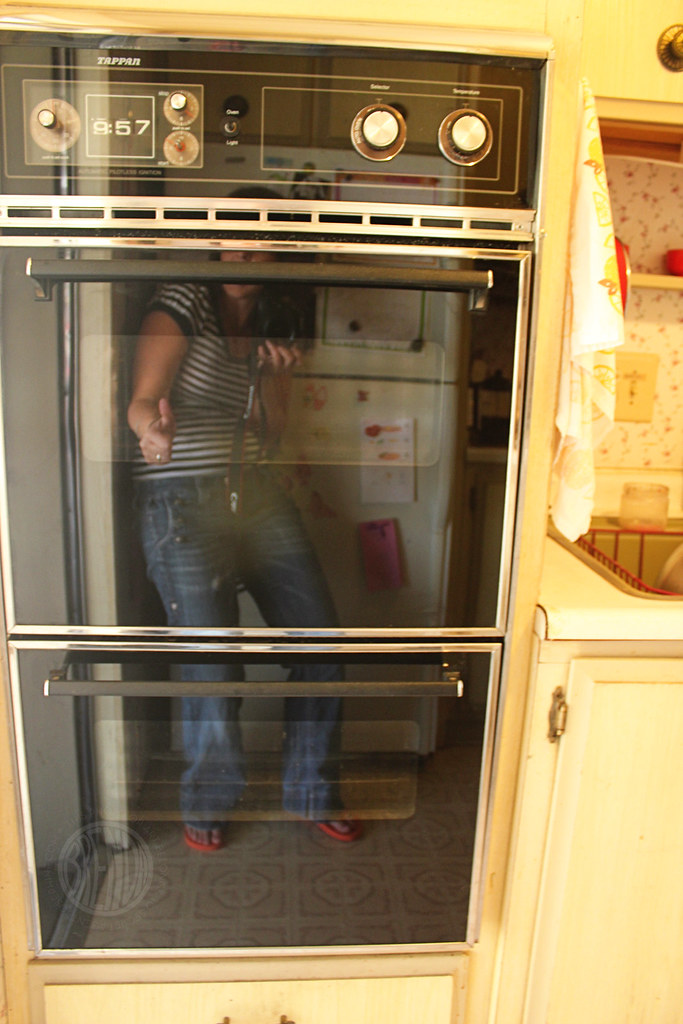 (I’m just a wee bit excited with the Fonzie thumbs.) 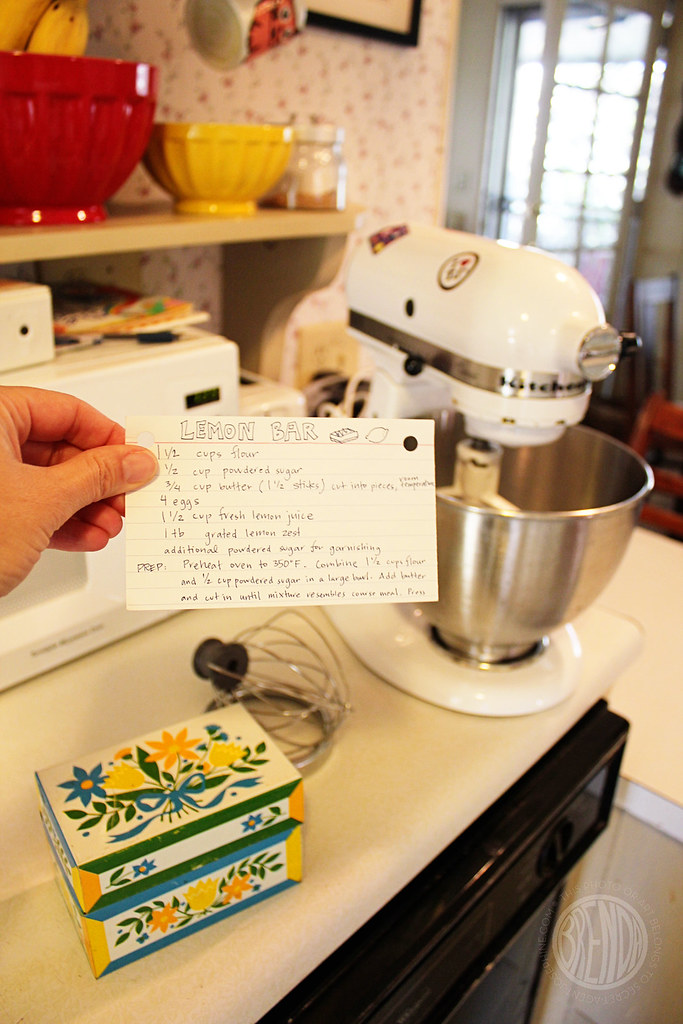 …and put it to use making lemon bars of course! (I seem to have forgotten the “s” in my recipe. Oh well.)

The cherry on top of this whole first-day-of-baking after not being able to bake for five months was that I finally got to use the hand-me-down Kitchen Aid that Bethany gave me back around New Years. I know! Do I score when it comes to hand-me-downs or what?!! It even came with stickers! Bethany got a new one for Christmas and mailed me her old one. You know that postage was a whopper.

Sadly, when I got it I had to leave it in the box and hide it in the back corner of Bug’s room. It didn’t fit on my counter and I knew that I couldn’t really use it for anything until I got the oven fixed, which seemed it like wouldn’t happen until the tenth of Never the way we were going around and around trying to find a thermal couple that didn’t exist.

Well the tenth of never did come! And baking with a Kitchen Aid is about a thousand times better than I even expected. The ease! No wonder all you crazy foodie people love baking so much! It’s easy when you have a handy dandy mixer machine that does all the hard work for you. I had no idea! 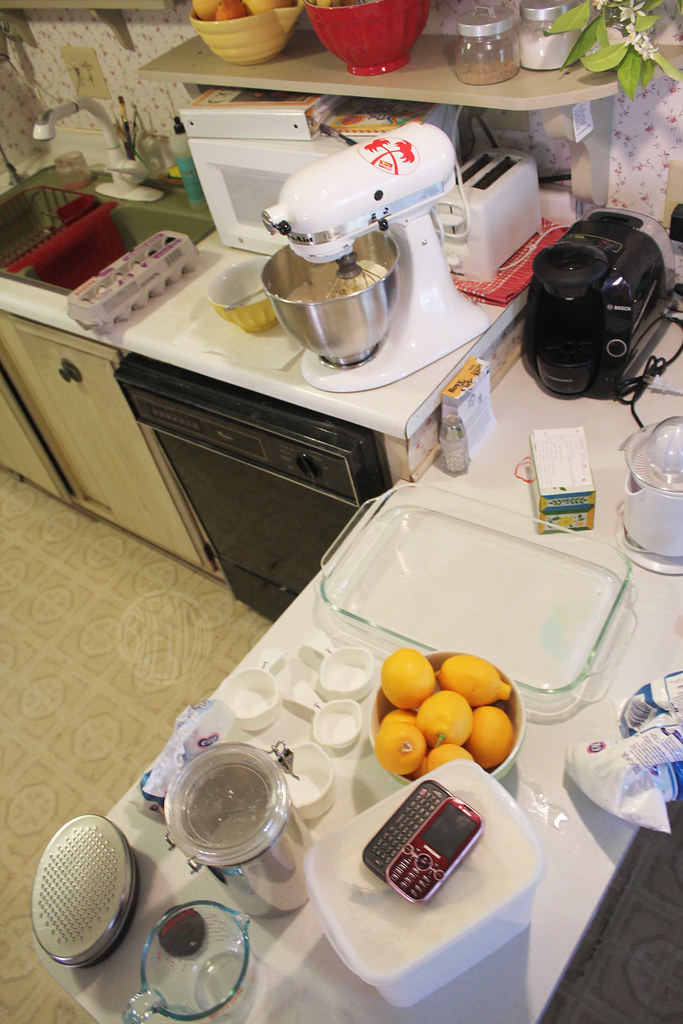 So I mixed and I whirred and twirled that Kitchen Aid like I was a musician and it was my guitar. And then I texted Bethany excitedly, of course, and took about a thousand pictures. If you ever want to know why there is flour in the buttons on my camera, now you’ll know why. But don’t worry, I blew a bunch of compressed air on it afterwards and I think it’s still as good as new—I hope. What can I say? I use my equipment. 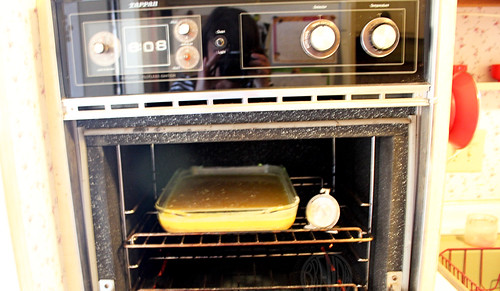 Then I popped those lemon bars in the oven and went outside to enjoy the sunset with the neighborhood kids. 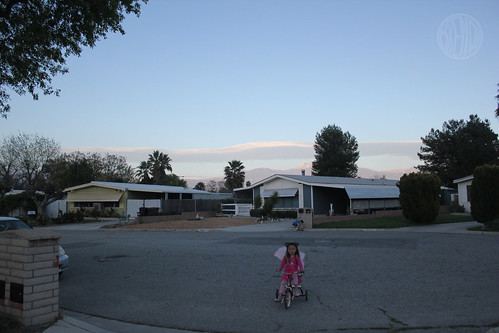 There were these really cool lenticular clouds out that looked amazing at twilight. I tried to capture it on the camera but unfortunately, it’s pretty hard to take a photo of them without all the distracting houses and trees in the way. Distracting cat-fairies riding by on tricycles are great though. 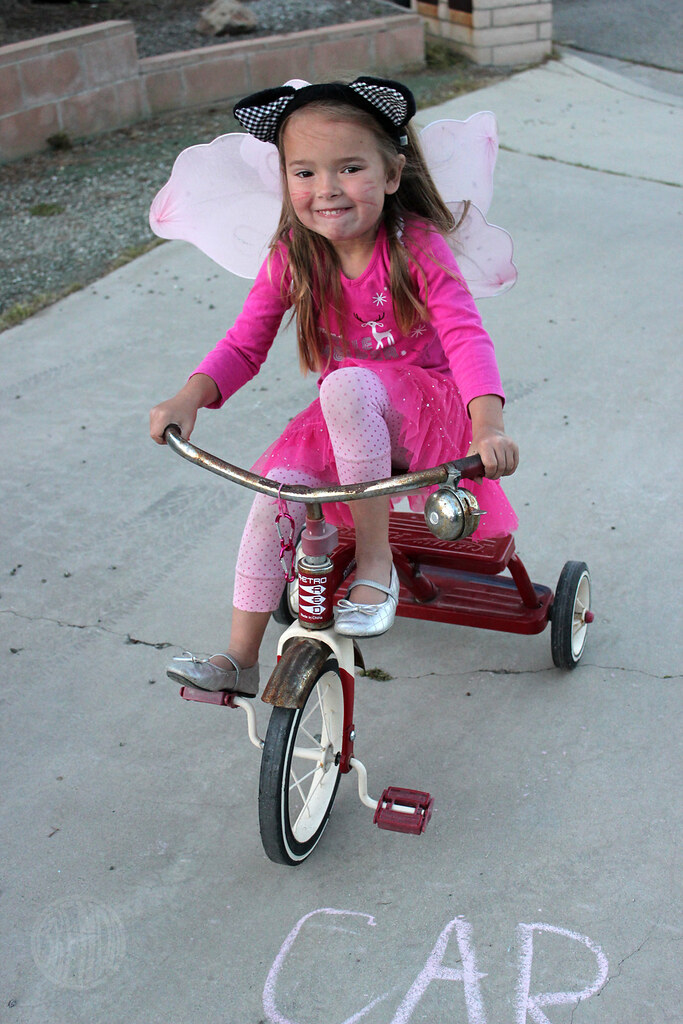 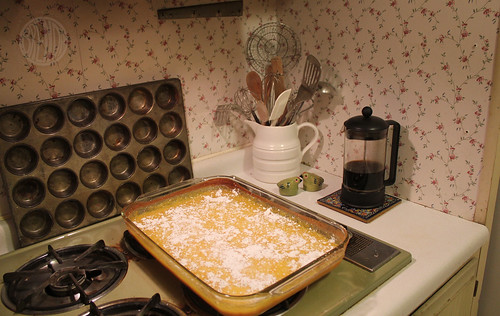 And then the lemon bars were done! They were so tasty. Except I got a little over-zealous with my backyard lemons and added an extra tablespoon of zest that wasn’t in the recipe. Ooops. All the kids in the neighborhood have been reporting with puckered lips that the lemon bars are way way way too sour, which leaves way too many lemon bars for all the adults who are so annoyingly watching their calorie intake. Watching calories can be so tiresome. Thankfully, I have had company over in the last few days and I’m happy to report that I only have about four lemon bars left in my fridge taunting me. Tomorrow I’ll have to take a glamour shot of one so I can share the taunting with you. It’s only fair. 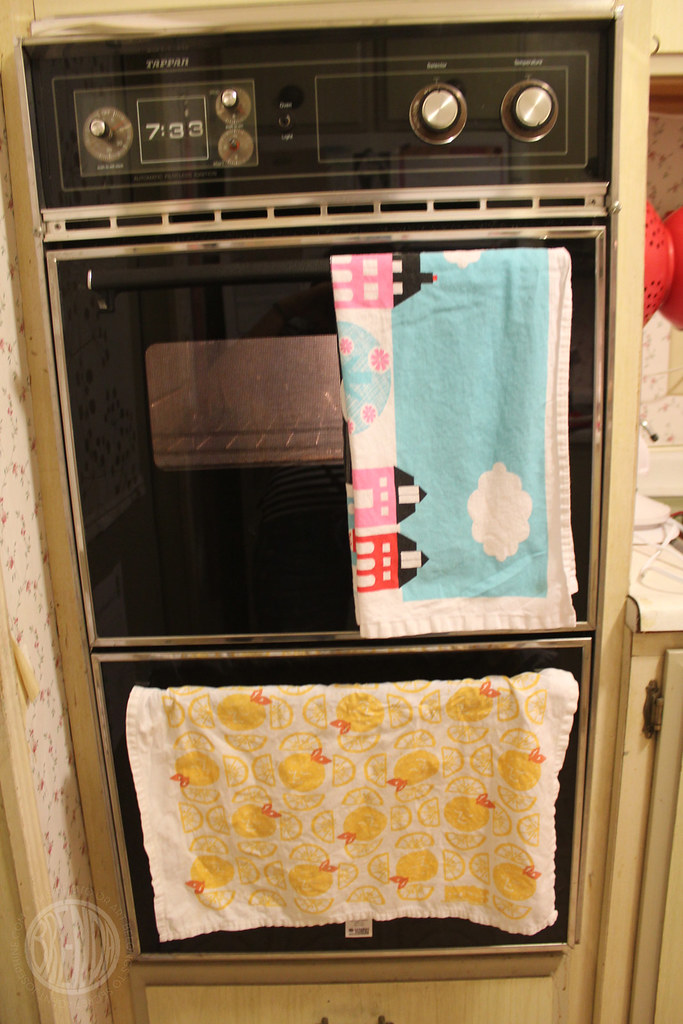 I’m happy to report that I have baked lemon bars, roasted cauliflower and cooked a Sunday roast (actually my mom cooked it but I still got to take credit for it). And! As if that wasn’t enough good news I now have towel bars, something my kitchen was sorely lacking.