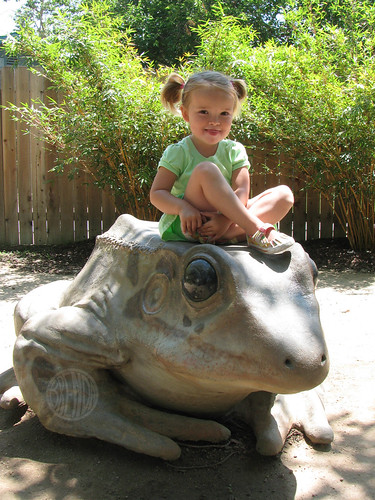 Her Majesty wanted to go to a jungle yesterday. I don’t try to make it a habit to fulfill her every wish—though it does seem like I do sometimes. But it was one of those days that I didn’t have anything else planned so I said, why not? That is the luxury of being a stay-at-home mom, after all. I might as well enjoy the perks. 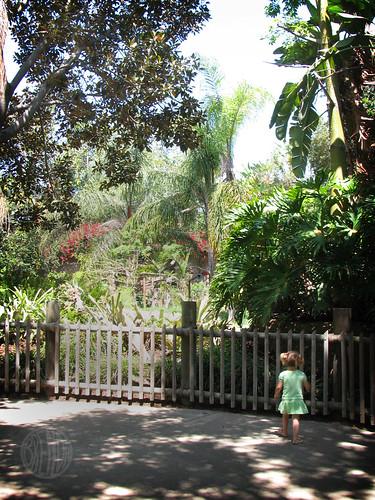 So off to the zoo we went. It was the most jungle-like place I could think of outside of this giant nursery that sells plants to offices and the Rainforest Cafe. I thought about squeezing all three places into our day but the zoo ended up taking up all of our time. Which was great! I don’t really like Rainforest Cafe’s food anyway. Our packed lunch was a way better deal. 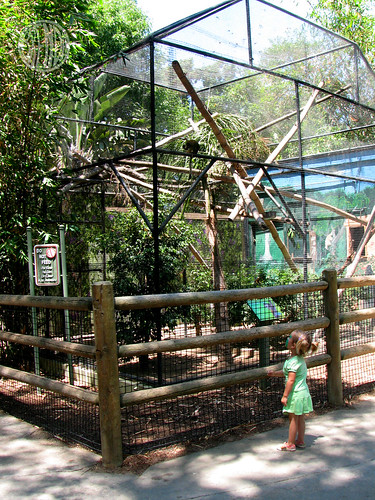 We rode the train, we visited the monkeys…we tried to avoid the school field-trip crowds but that was tricky. It’s crazy how these hordes of school kids can swarm you and for about a minute you just have to stand still and let them flood by you. Then they’re gone and you have the zoo to yourself again. 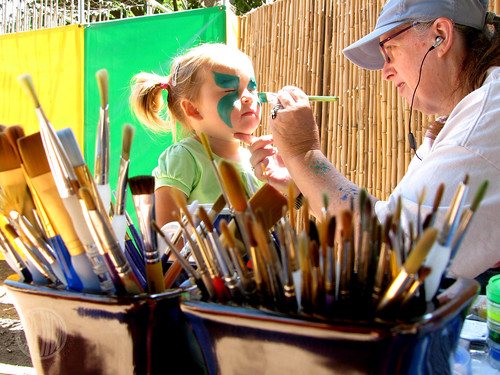 I splurged and let Bug get her face painted. I have a soft spot for face-painting because I really want to be a face painter myself someday. I know I can do it. I just need to get the supplies and study up on the do’s and don’ts. One of these days I’m going to hire myself out for a birthday party or something. I really like how some of the artists incorporate the child’s whole face. This one artist I watched painted open dragon eyes on the child’s closed eyes. It was the coolest thing ever. I’ve been told that Johnny Depp has his eyes painted that way in one of the Pirates of the Carribbean movies but I haven’t seen it. Maybe I’ll have to make a point of renting that movie for research. 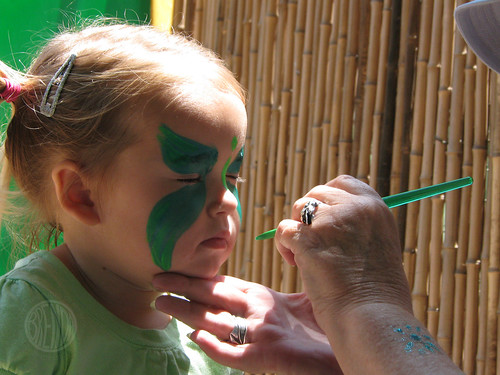 Bug seems to like face painting as much as I do. She’s such a bouncy wiggly kid but when it comes time to hold still to get her face painted, she’s as quiet and still as a statue. If only I could get her to hold that still when I’m doing her hair! 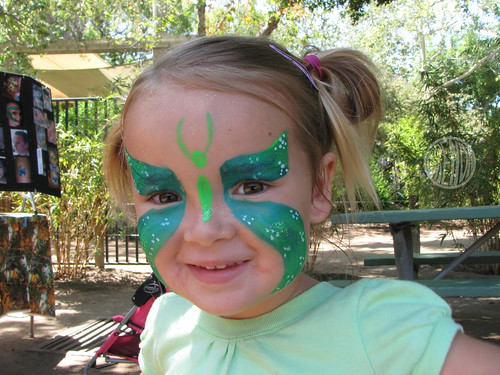 Bug chose a green butterfly (of course). The end result was fabulous! It really changed her whole face, almost in a tribal way. It was funny to watch younger kids look at her. They were scared of her but fascinated at the same time. One Hispanic mother and young daughter marveled at her for quite a while and as they left I overheard them talking about “mariposas.” I had forgotten that that was how you say “butterfly” in Spanish. So for the rest of the day she was Princess Mariposa to me. 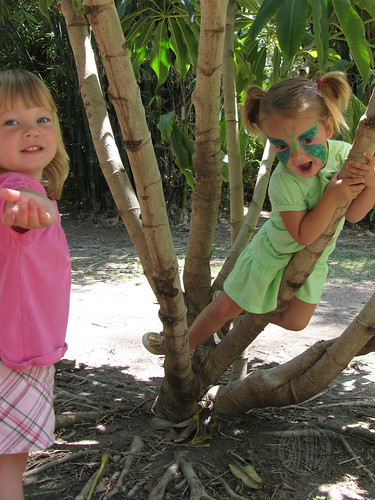 We met up with Calee and her daughter Audrey. Audrey wasn’t scared of Bug’s funny green face at all. I have some photos of Calee but they turned out blurry so I’m not posting them. But one of these times I’m going to get a picture.

It’s funny how many great friends I’ve met through this blog. I get a lot of emails from people saying they’d love to meet up someday or send me something but they don’t want to seem like a stalker. I don’t even think about stalkers much anymore. Probably one day I’ll meet somebody creepy but I haven’t met anyone like that yet. So far every single person I’ve ever met through this blog has been fantastic. I guess blogging is a good friend filter.

A while back I was criticized for exposing so much of Bug’s life on the internet. While I agree that that is a valid concern, I’m almost thinking that blogging works in the reverse as well. I feel like I’ve made such an amazing network of friends here who really love and care about Bug. If, God forbid, something terrible did happen people would come out of the woodwork to help me. I know you guys would. I hate to even think these thoughts BUT I think we are at a much greater risk from the random strangers we meet in the grocery store than we are by the random pervert who bookmarks a page on this blog.

Just a thought I’ve been thinking about for a while… 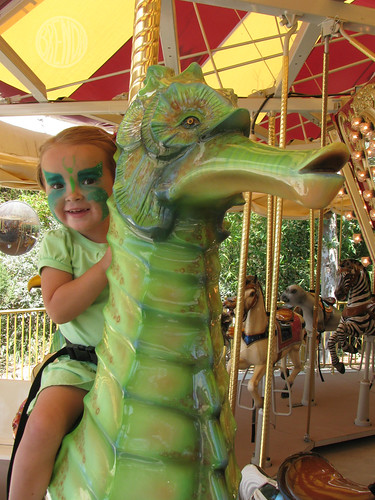 Of course I still worry and that’s probably why I’m such a paranoid freak about Bug keeping up with me when she wants to lag further and further behind. But overall I like to think of my blog as my extended protection unit. You know this silly green face. You’d recognize it anywhere. I know you guys have got my back. 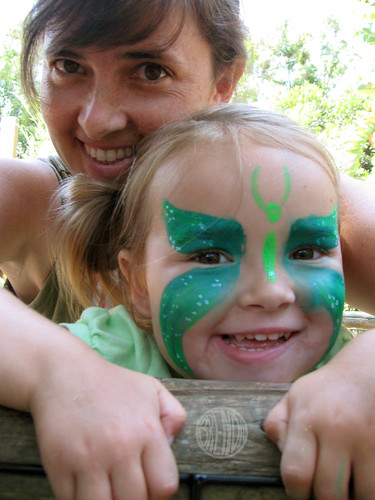 So we will carry on, Princess Mariposa and me.