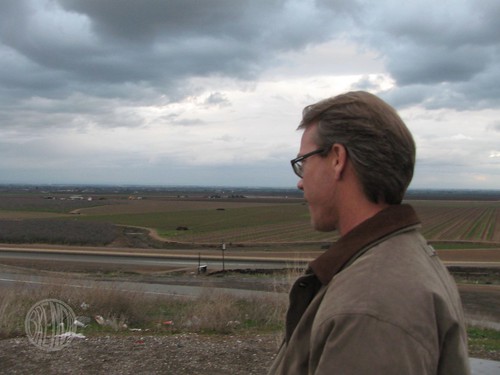 So here we are on our trip to Northern California. But the real news is that Toby cut his hair! Can you believe it!!? He told me he was going to cut his hair when I first met him fourteen years ago. It never happened. He’s grumbled about it over the years but never done anything. I just got used to the scraggly ponytail as part of his “look.” Toby’s an artist, he can get away with these things. He wore big clunky glasses way before they were ever cool so I just figured his hair was his own business. 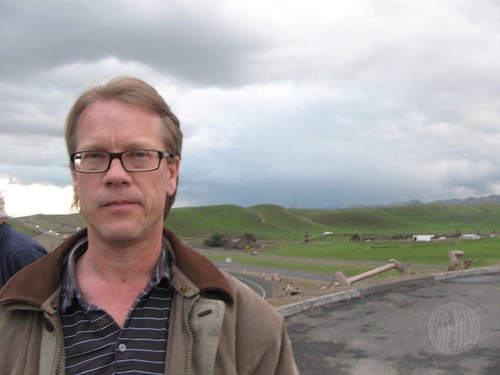 I really expected his haircut to be more shocking. He looks the same from the front. From the back he looks like a regular Republican white guy, which he is, so I guess that’s okay. Now he’s grumbling about how his preppy collared shirts don’t look good on him anymore and he wants to grow it out again. Who knew men could be so vain?! I think it’s all sort of funny. I’d love him no matter what kind of hair he had. 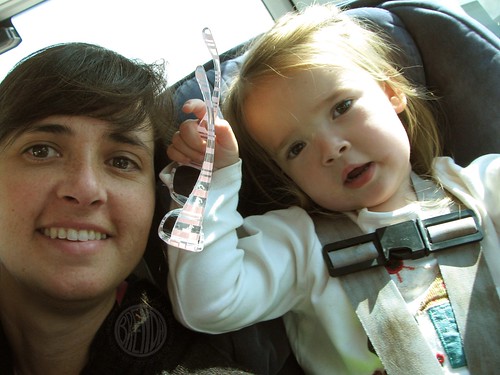 Other than the big haircut news, our trip has been mostly uneventful, which is good. We did get a nail in our tire in Santa Rosa and spent a few hours hanging out in a tire shop. There is nothing like a few hours of good old-fashioned family bonding in a tire-shop waiting room. 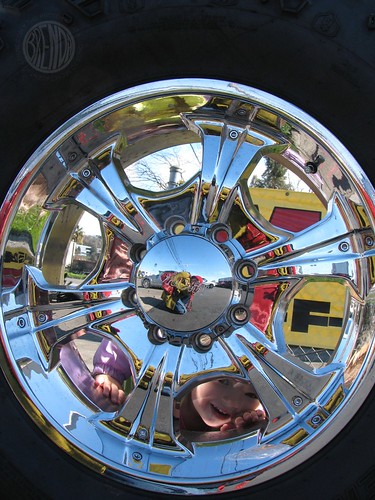 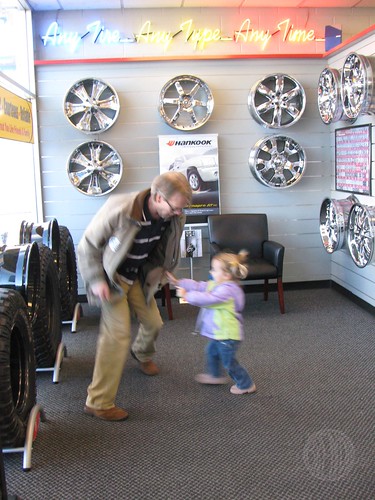 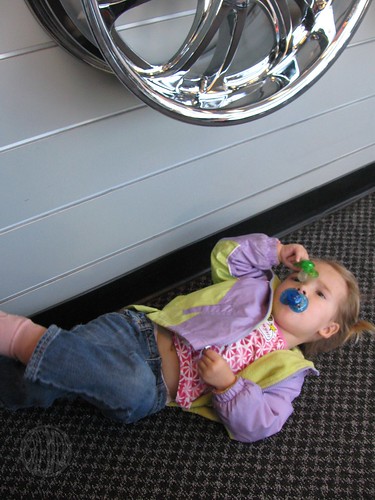 I’m just glad that we make this trip in two days now instead of the one-day insanity that we used to pull off. It would have been way more taxing if we had to deal with this tire business in the middle of the night. 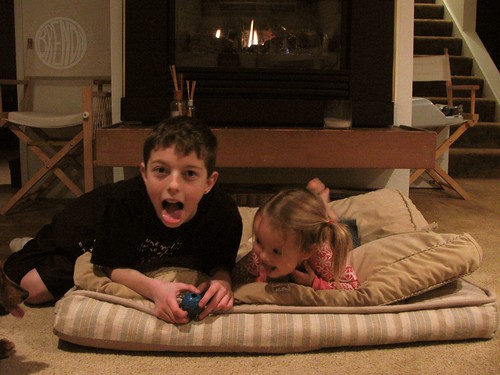 You don’t even know how glad I was to finally make it to the grandparents’ house where there are cousins to help entertain the toddler. Bug’s cousins are the best. They played together for hours and hours. And then we went home to our cozy cabin motel and she conked out like a light. 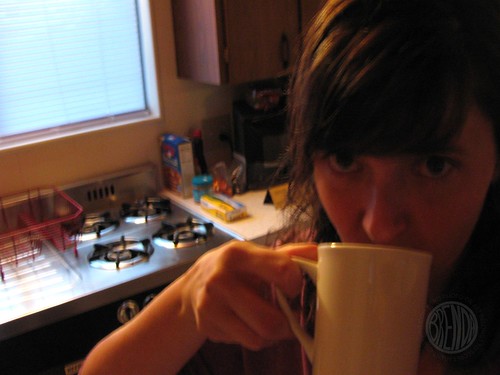 I LOVE our cozy cabin motel. It has a kitchen!!! We had no idea it had a kitchen when we made the reservations a few weeks ago. You’d think they’d include a detail like that on their website, but no. Of course they included all kinds of information about the wifi connection that was absolutely not available for the first four hours that we were here. Isn’t it always like that? I don’t know why I always get my panties in a twist about the wifi connection. You’d think I’d be used to the lack of a good connection since it happens every single time. I’m just not happy if I can’t get my fix, I guess.

Anyway, after a bit of complaining (which I hate to do; it’s sort of like complaining to a waiter who might spit in your food as soon as he gets back to the kitchen) I have the internet and I’m happy. 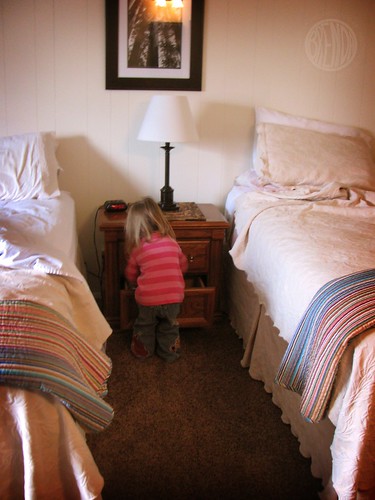 You know what else makes me happy? My kid putting her own clothes away in the dressers. She’s such a funny kid. The only problem with these easy access drawers is that she’s changed her outfit three times today and it’s only early afternoon. I think I’m going to be needing a laundromat if she keeps this up. 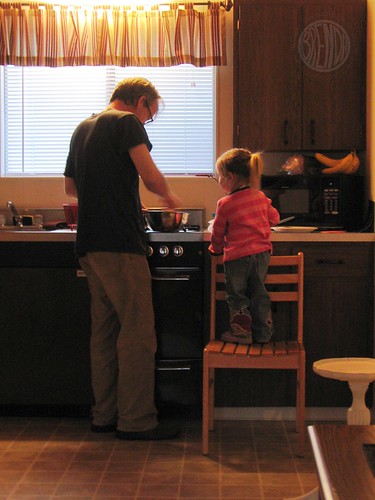 And of course I cannot end this post without documenting the fact that Toby made us breakfast. 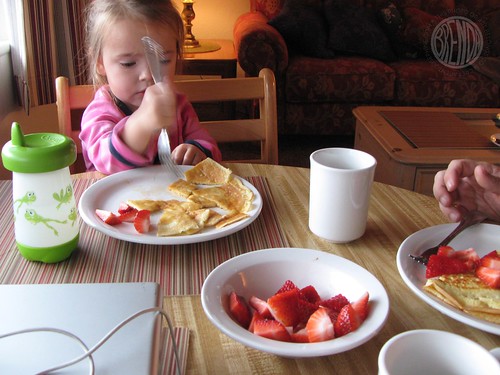 It’s good to be on vacation!