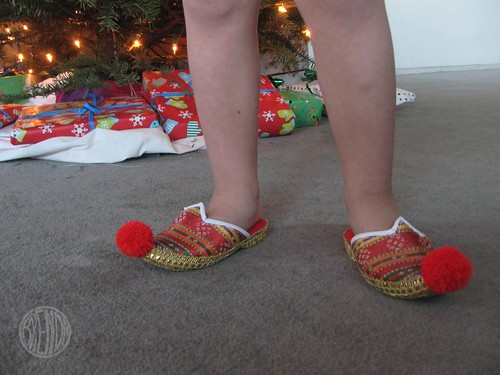 Internet, I’ve figured it out. I think Bug is officially in her puppy stage. You know how puppies head-bump you and slobber all over you and generally make a nuisance of themselves? If they aren’t licking you in the face then they are biting your socks and chewing up your shoes…if you push them away they whine forlornly as if the end of the world is near? But if you hold them close they just want to scratch you and kick you and wrestle on the couch until you cry out for mercy. You know how they’re cute as can be but sometimes you just want to give them a swift kick in the butt and send them outside for an hour or two to get the wiggles out? That is Bug. She is driving me crazy. 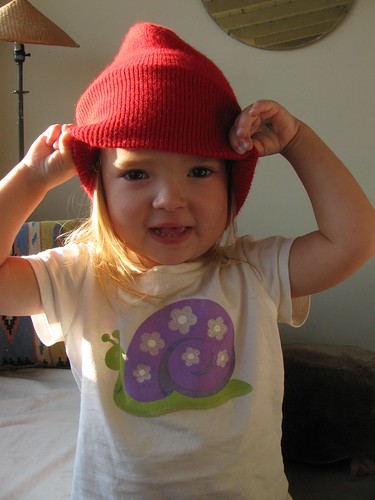 She is just nutso lately. I’ve been trying to put my finger on what is wearing me down and I think it’s just that I’m tired of mothering a puppy. She won’t eat what I put before her. She won’t play quietly by herself. She always wants to be in my lap and in my way. She doesn’t cuddle. She attacks me. It’s non-stop puppy energy all day long. I can’t get anything done unless it involves her 100 percent and that means I’m getting nothing done besides tickling fights, play-dough messes, story times that last for hours and a whole lot of watching tv. 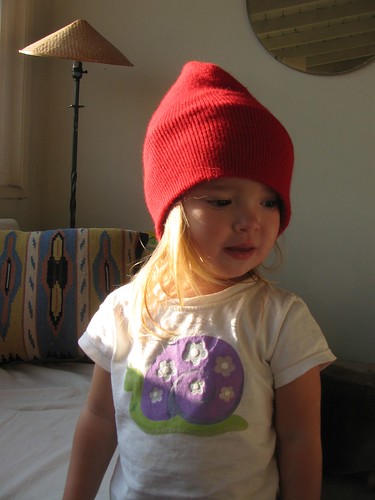 I’m surprised she looks so calm in these photos. What you can’t see is me wincing behind my camera, waiting for another onslaught of rapid-fire toddler moves. Kung Pow! Gotcha! I think I need to look into some more strenuous activities for her. Or maybe a dog run. (Just kidding!) All I can say is if this is what three is going to be like, I expect I will completely gray by February.