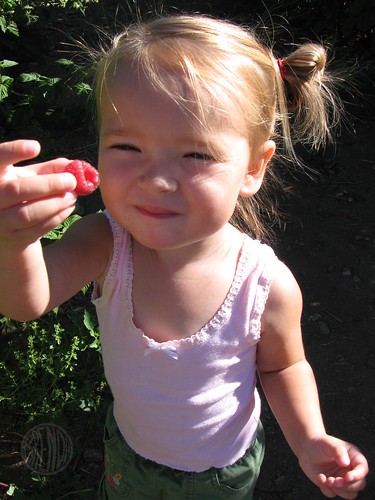 It’s been a long time since we last went raspberry-picking so this morning, when I was supposed to hit the road and head back home, I called “DETOUR!”

Well, not a detour really. More of an extension of my trip to the sticks. I really do need to get home but raspberry-picking is so special and you can only do it during a few months of the year. As it was we were really too late. Last time we went during August and there were many many many more berries. This time they were pretty picked over. There were a lot of dried berries which kind of made me sad. If only we had come earlier, we could have eaten those berries.

I tried a dried berry. I was hoping it would taste like those dried berries you get in cereal boxes. It did not. It tasted like worm meal. Not that I would know what worm meal tastes like. It just tasted yucky. I spit it out like the dignified lady that I am not. I guess they pump those cereal berries full of sugar or something. 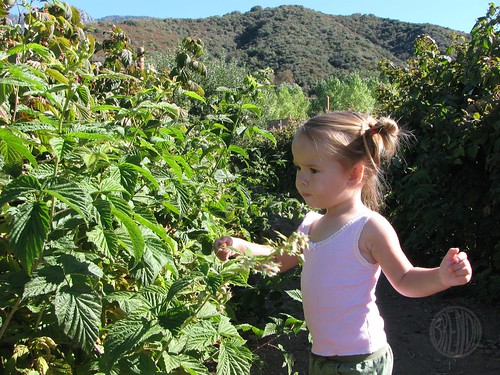 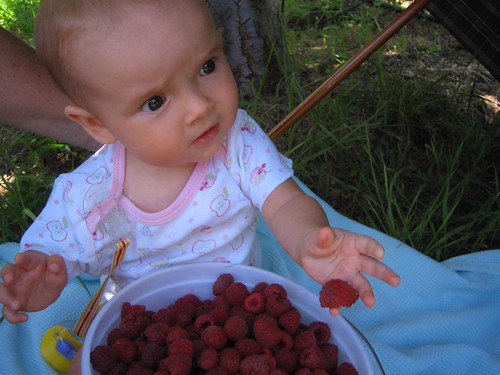 Bug sure is a lot bigger since the last time we were at Riley’s Farm. She liked raspberries then, she likes them now. She’s my raspberry girl. We checked a book out at the library a while back called Jamberry. It’s a silly book with a very catchy poem and great illustrations. 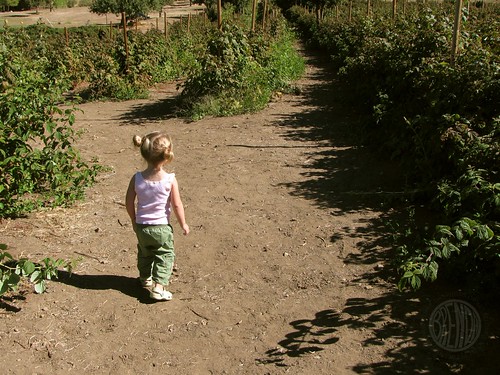 While we were picking raspberries, Bug was walking up and down the rows rattling off the poem, “Click berry, Clack berry, pick me a blackberry.” I forget the raspberry part but it has the same rhythm. Bug knows it by heart of course. She’s very good at memorizing. She constantly puts me to shame. 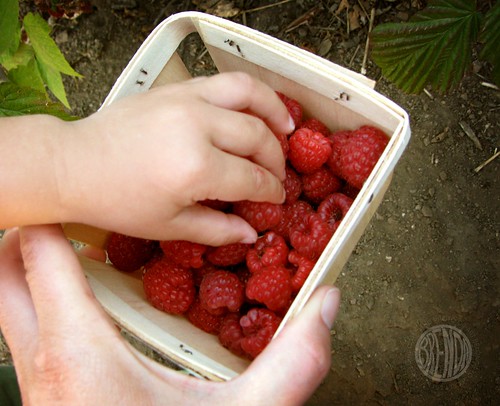 I love it when we love the same things. It happens a lot but she’s her own little person. You can’t force her to do things she doesn’t want to do. I mean, you can but it’s not enjoyable. So today was highly enjoyable. We ate as much as we picked and we were happy little campers scampering up and down the rows and rows of brambles and bugs. The sun was burning hard on our shoulders. The sky was blue. It was a beautiful day. 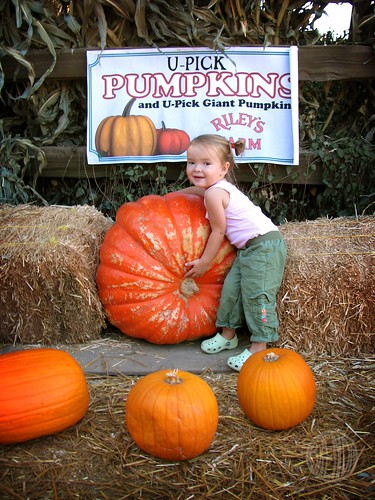 Not counting the pumpkins, it wasn’t very fall-like. I wanted to pick some apples too (and I should have) but the thought of making pie when it’s 80 degrees in my kitchen is so unappealing. Can’t it just get cold here already? I want to drink hot cocoa and wear scarves. I know soon I’ll be complaining about being cold. We stupid Californians never appreciate how good we have it, I know. 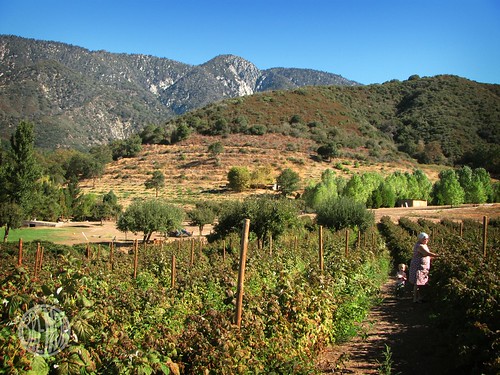 I guess I’ll take my sunny fall weather. It’s not that bad. 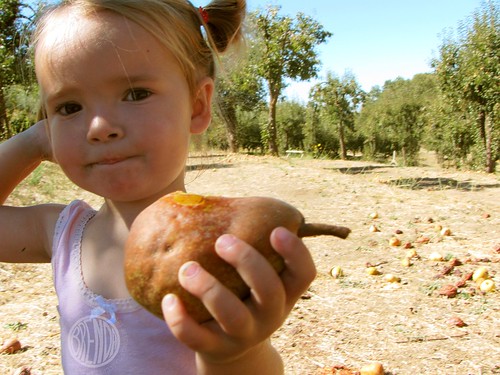 The funny thing is, every time I go to the Farmer’s Market in my neighborhood I’m always looking for apples. I find myself disgusted when there are just peaches again. Peaches! I want to bake a pie! But not peach pie. I want it to be fall! And then I kick myself because everywhere I go on the internet, I read how people are savoring the last days of summer or even fall. 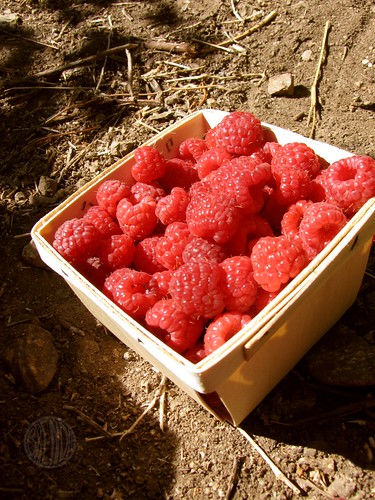 I guess I’ll just have to eat my raspberries with my freezer door open.