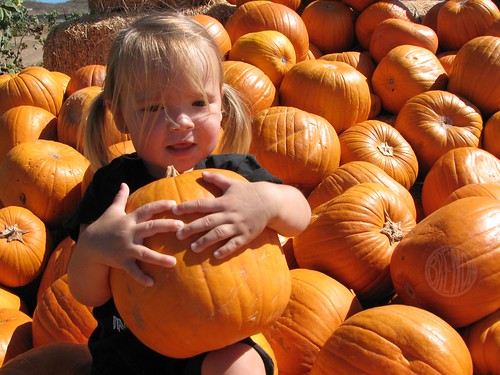 I think somebody told me a long time ago not to go to the local pumpkin patch in the morning because it is bombarded with all the schoolchildren on field trips. Of course I forgot this little bit of information when we headed off yesterday morning. Even if I had remembered it, I might have ignored that advice anyway because my day is ruled with an iron fist by The Nap Schedule. I’m a slave to The Nap Schedule.

We have to do everything before eleven in the morning because if we don’t and Baby Bug falls asleep in the car on the way back from wherever we went, then that is the END of the nap as I know it. No time to work on my computer, no time for freelance, no time to work on a blog post…pretty much no time for me. Which is a very very long day for me and my grumpy toddler. I try to avoid it when I can. 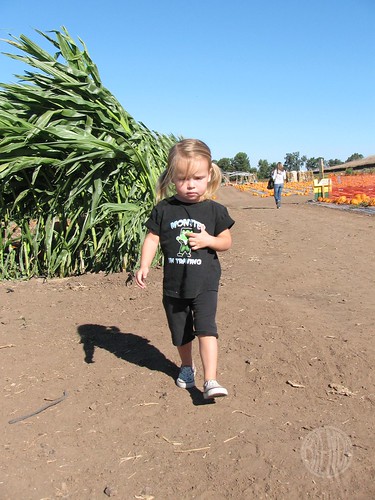 We made it to the pumpkin patch and back for The Nap but we were a little worse for it. I think I’m over the local pumpkin patch. It’s still great and I would send anyone off to see it for an adventure but I’m done with it. The smaller patches are just as much fun and you spend less money.

I don’t want to bad mouth the local farm at all because they are working very hard with the community to do a lot of good. They offer organic fruits and vegetables and I think they even have some kind of program where you can get a box of vegetables and fruit a week (I need to look into that more). They offer a lot of activities for kids. They’ve got the educational field trip streamlined down to Disneyland levels of crowd control. 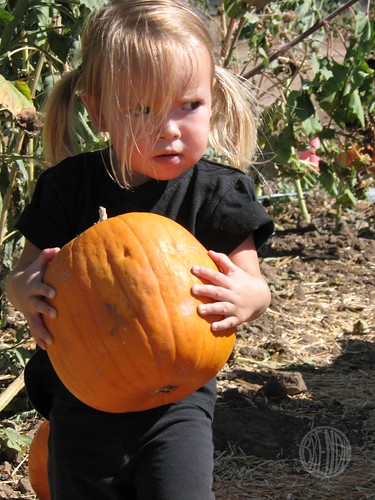 I think that’s where they are losing me: the crowd control. I felt very shuffled along with the crowd but we weren’t part of a group so we didn’t get the group benefits. No free pumpkin for Baby Bug. Of course I could buy one for her (and I would have but they were pretty sad rotten pumpkins to pick from). The employees tried really hard to include us but the groups ruled the day. And I understand that.

The groups were fun too. Bug loves other kids. I’m just not so fond of them myself. I love kids. Just not hordes of them all at one time. I just want to meander along and look at things with my toddler and not get clobbered by a gang of seven-year-olds. 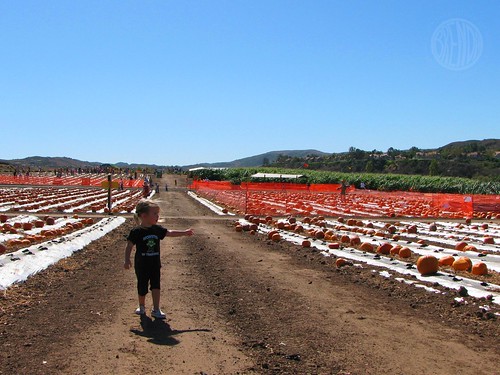 When we did break away from the crowds, everything seemed so trampled and picked-over. I thought we were early in the season but I guess I don’t know squat. There are a lot of pumpkins still but more than half of them are rotten. Maybe it was just a bad year with the heat.

So I paid eight bucks to ride on the wagon and feed the goats. We didn’t even buy a pumpkin. I’ve seen better ones at the grocery store. But I don’t mean this to be a big rant about how dumb the local pumpkin patch is. It’s just better if you don’t have high expectations. We needed something to do to pass the time and this was fun. 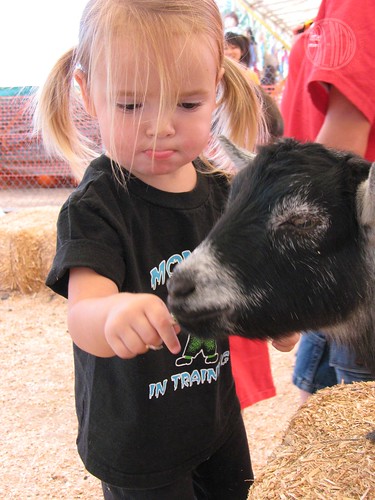 It was worth it for the petting zoo. Bug has been really into petting goats lately. That was one time that I was glad I was not part of a school group. They came in and swarmed the animals and then after ten minutes or so they were shuffled out again. I know if Bug had been part of the group she would have been so sad to be forced to leave. So I let her stay and stay and stay. Because we could! What a privilege! We can hang out with goats all day! 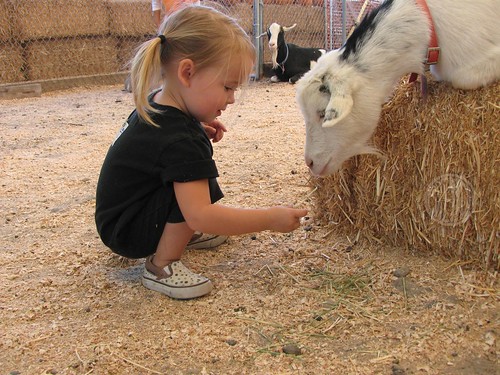 As long as it doesn’t run into nap time of course.