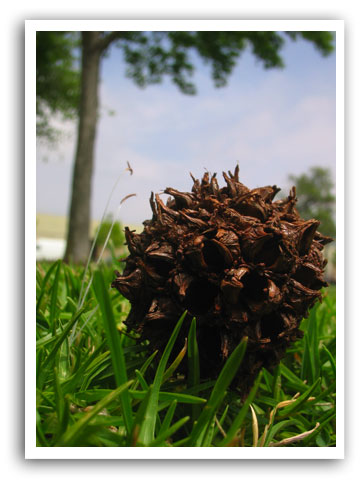 Where to start? I have so many posts in my head. First, there’s the sentimental “Baby Bug the Terrible” post and then there’s the “Stroller” post and of course there’s the “Exploding Desk Story” post… I think I’ll just type what’s in my head and go from there.

Let’s do the “Baby Bug the Terrible” story first. I know I told you she’s into everything. But did I tell you about how she’s into everything and so obstinate? I love her little independent free will. I love her motivated and determined mind that makes her do things that are a little too difficult for her and makes her eyebrows bunch up in an adorable scowl. I love her mischievous grin and the impish sparkle in her eye…

BUT alright already! Is she three? Why is she such a little trouble make already? It’s funny how just as soon as you think you’ve mastered parenthood, another curve ball hits you straight in the face. Thankfully the last curve ball is long past and you can focus on this new curve. Still, why so many curves! I never know what’s coming next! And even if I do, even if I hear about it or I read about it, why am I still so shocked and amazed by the sheer over-whelming-ness of it all?

Yesterday was one of those days that I have a feeling is just the start of “one of those years”. Baby Bug fought me at every turn. If I took a pen away from her, she screamed bloody murder. If I ignored her for a second in her high chair (you know, to do the dishes or check an email) she rang the house down with her incessant whining. She didn’t want to eat. She didn’t want to drink. She just wanted out of her high chair and now. She wiggled when I tried to wash her up. She wiggled when I tried to diaper her. When I told her “No, don’t touch your poop,” she cried like I had taken away her pen. What to do! Nothing made her happy

Maybe it was because yesterday was laundry day (at the laundromat) and I tried to fit in too many errands before her nap time. This is a huge mistake. I kept her up a half hour past her usual schedule and of course she fell asleep in the car on the ride home. I hate it when this happens because the ride home is only 15 minutes. She was asleep for ten. What does that mean? It means that’s all she slept! Ten minutes and she’s completely recharged and ready for the rest of the afternoon except extra grumpy! Woo Hoo! it’s Baby Bug the power napper! Who needs sleep when you can terrorize Mommy and the cats instead!

We fought and struggled and scolded and cried and whimpered and whined and kicked things and dumped food on the floor and generally made hell for Toby who was trying to get some work done. After her bath, a game of catch-the-naked-baby and a poop-squat in the living room, I was so fed up. It was 7’oclock but not too late for a walk to Starbucks for a shot of espresso. We both needed that walk. Stroller walks seem to calm her down. They help us both to chill. I should just permanently move outside.

As we were walking, I saw a little boy across the street arching his back and throwing a temper tantrum in his stroller. He was twisting this way and that and it was all his mom could do to drive the stroller straight. He was just a little bit bigger than Baby Bug. When I stopped at the cross walk to wait for the light to change, I said a little thank you prayer to God that Baby Bug has not learned how to do that yet. I know it’s only a matter of time. But for now, thank you.

Of course she did get a little bit whiney and wanted out of her stroller desperately when we got to the beach part of our walk. Who wouldn’t? But I didn’t want to let her play in the sand because it’s so dirty and she already had a bath. I let her play in the grassy park that is overlooking the ocean. True to form, she tried to get away from me as soon as possible. No hand holding. No sitting on the grass looking at clover. She just wanted to run away to the edge of look-out point and scare the crap out of anyone nearby with an imagination of what it would be like to watch a toddler roll down the ice plant covered hill and into the spiny cactus below.

She wanted to dig in the dirt in the cracks between the sidewalk and stick her finger in the holes in the railroad ties that hold the landscaping in. Thoughts of spiders and oily slime made me bite my lip. But sometimes I find it’s just easier to let her lose interest on her own than to fight her. Sure enough, she eventually came back around to the grassy knoll where I first let her lose and we sat together and contemplated the plastic green cover to an irrigation valve.

I read everywhere that it’s important to discuss things that you see with your toddler. For the life of me, I couldn’t think of an easy explanation for an irrigation cover. I don’t even know what it is. It’s a plastic lid thing that covers up some pipes or something. I rambled on a bunch of nonsense and she seemed to take it in stride. Just like all the other nonsense I ramble on about all day. Finally after just sitting there for a while, I felt like I had a handle on the day again and we packed up and walked back home. I can’t say it was an easy bedtime after that but eventually she fell asleep in my arms.

Usually, I’m itching to put her down in her crib so I can get on with dinner or some project I’m working on. But last night I was so tired I just sat there in the half dark room, staring at her closed eyelashes and wondering how so much trouble could fit into such an innocent little body. She’s so beautiful. I can’t believe how blessed I am to have such a baby. I could never have picked out a better one. Maybe I sat there because I had a lot of graphic design work to do and I was procrastinating but I like to think I sat there just to stop life for a minute. The days fly by so crazy all the time. I hardly ever feel like I know which end is up. Maybe I should sit in the dark and reflect more often. At least to take a minute and stare at this creature who has turned my whole world upside down.

Even though it sounds like I complain complain complain about all her crazy antics there are so many bright bursts of happiness that counteract the tearing-my-hair-out moments. Even our walk was an example of how much better she makes my life. Every where we go she exclaims loudly “Hiiiiii!” to everyone we come in contact with. She’s so social and happy. She smiles when people smile at her and if they don’t, she says “Hiiiiii!” even louder and smiles even bigger until they do. Her happiness is infectious. She makes me proud. You should see how she’s charmed every single teller at the bank, the checkers at the grocery store, the homeless people who walk along the beach picking up aluminum cans… She has no prejudice. She smiles at everyone.

Then there’s her strong will and determination. I apologize if I’m going on too long. But just last night she was trying to put her animal alphabet flash cards back in the box and getting so frustrated. She knew how to put them in the box but would invariably put them in short ways when they needed to go in long ways. After enough fussing, I finally gave up doing whatever I was doing and sat down with her to show her how to turn the card so it would fit in the box easily. She didn’t get it every time but she listened to me and would turn it and turn it and then push the card down hard. Eventually, the card would go in and then she’d turn around and pick up another one. She did this one by one until all twenty-six cards were properly put away.

This makes me so happy. It is true that you can train your children to put things away. The best part was when she was done. She didn’t smile when I praised her over and over for being such a big girl but I could tell she was proud of herself. She puffed up her little chest and walked around the living room like she was a “big person who gets things done.” 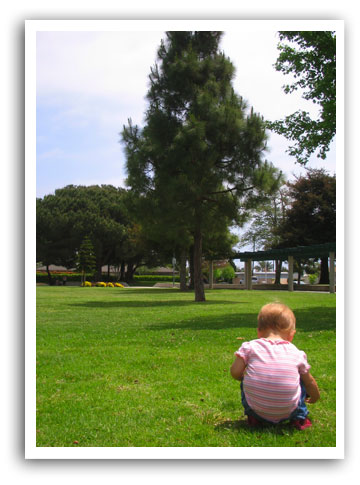 You wouldn’t let me out of my high chair so I did what I had to do. Make a mess with what I had at hand.