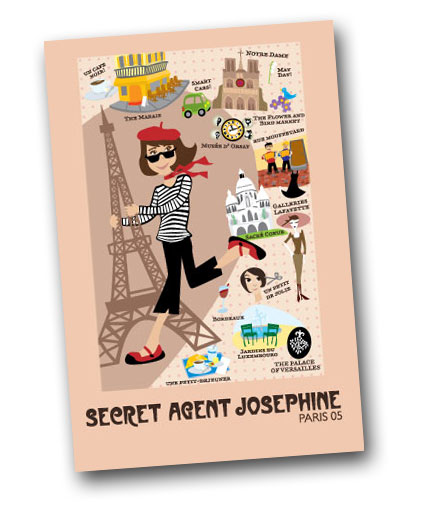 Remember how I promised to send every one a special SAJ in Paris postcard and you even all signed up on my official SAJ mailing list? Well, I thought I was going to let you down too. I thought with this pregnancy roller coaster all my good intentions were down the drain. I had almost even forgiven myself for being such a flake.

What I didn’t count on was that I would be bored out of my skull during the last two weeks of the crazy pregnancy roller coaster. I didn’t know our cable box was going to be fried and I wouldn’t be able to watch television. I also didn’t know our power was going to go out during a storm today and in a last ditch effort to entertain myself before I started chewing my own arm off, I would launch into an old project and FINISH THE PARIS POSTCARD! Wooooooo! Hooooooo! Yay for boredom! It gets things done.

The plan is to print these this week and have them into the mail by Friday. And if for some reason I go into the hospital before Friday, well, then maybe they’ll double up as birth announcements.

And yes, if for some reason you never did sign up to be on my mailing list, you can email me and still get on it. As long as there aren’t 700 of you. Make sure you get an email back from me confirming though because sometimes the spam-bots high jack your emails and I never get them.