posted in Family Matters, Tis the Season on November 2, 2012 by SAJ 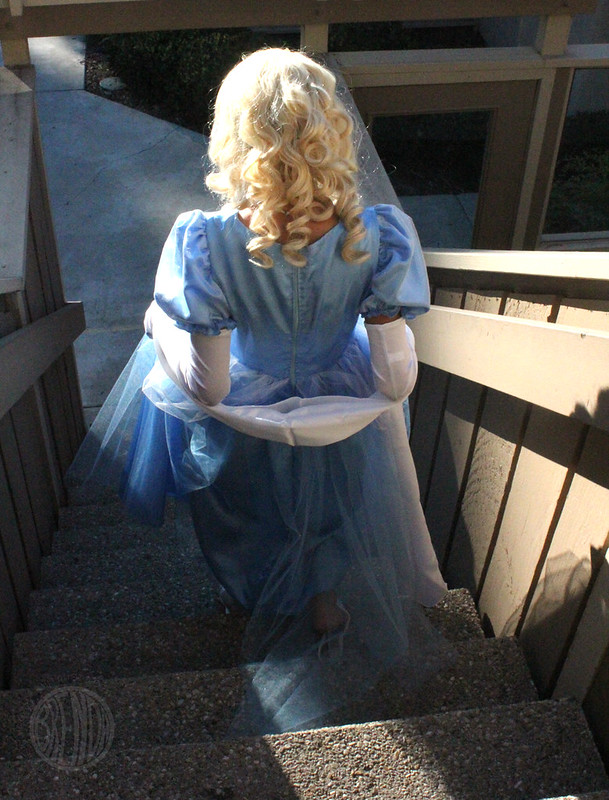 I know Halloween is over but I wanted to post about the costume my mom made for the neighbor girl next door. You may remember they are refuges from Iraq and this is their first Halloween in America. Lubna, the fourteen-year-old daughter, was over the moon about Halloween. She was so excited. I think she asked me every single day about one detail or another for the entire month of October. Maybe even September.

So when she asked if I could help her buy a Cinderella costume I couldn’t really say no. It was her dream. Unlike her peers in middle school she didn’t want to be a zombie or a sexy nurse or a nerd wearing short shorts. She wanted to be Cinderella. I did some research and finding a modest Cinderella costume in her size was a bit of a challenge. The ones I did find were seventy-five dollars and up. So I turned to my mom. 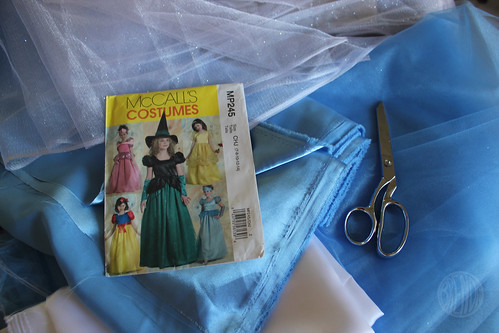 My mom should have said no. She hasn’t been sewing the way she used to back in the day. Her hands are all knotted up with arthritis and trying to get her sewing machines (that are antiques) working properly has become more of a challenge than it is worth sometimes. But my mom is like me. One look in Lubna’s big hazel eyes and we were both goners. This little big girl had to be Cinderella. There was just no way around it. 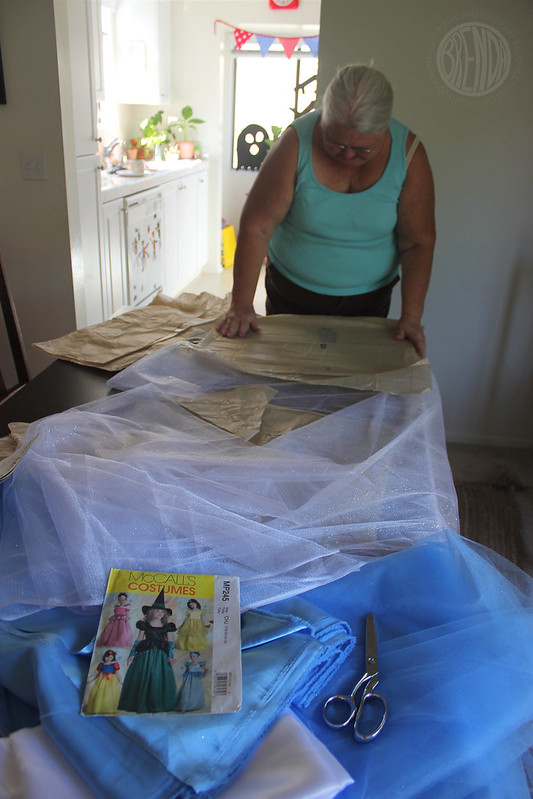 I bought the fabric and my mom and dad came into town to visit me so my mom could sew the costume using my not-so-antique sewing machine. It took about two and a half days and was very pleasant for all of us. I love it when my parents visit me. 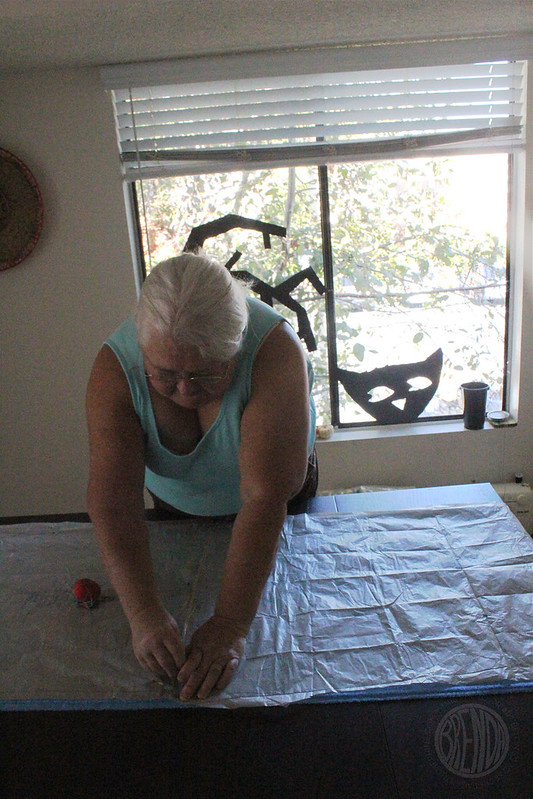 While my mom was pinning and cutting, my dad was outside fixing up an old bike for Bug. 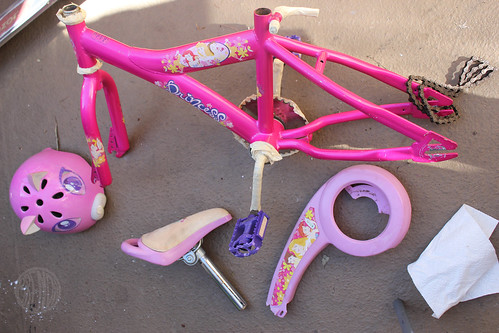 Bug’s Hello Kitty Beach Cruiser that was gifted to us from the kids I babysit was sadly too big and too heavy for her to ride. We gave it a good try but that hunk of metal just sat on my tiny patio rusting because it was too, too heavy for me to carry up and down the stairs and too heavy for Bug to even get pedaling. It was disappointing to get rid of it because we both love Hello Kitty but it just wasn’t practical. Who knows, maybe she’ll grow into it later. 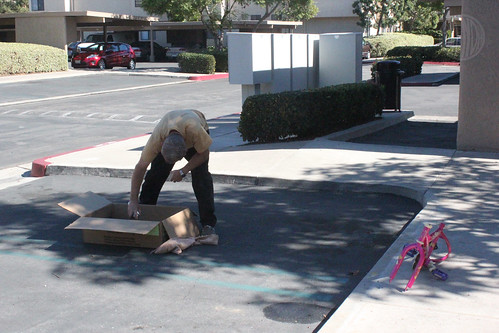 My dad brought in an old princess bike that was just the right size for Bug (and light enough for me to haul up and down the stairs easily) and painted it black just for Bug. Because as you know she is NOT into pink anymore. 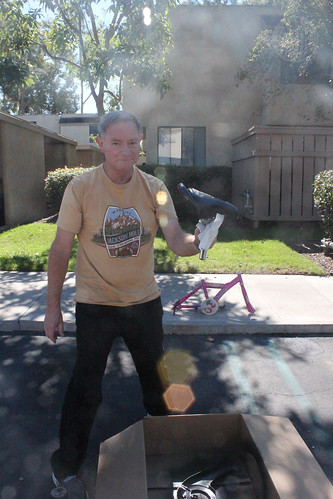 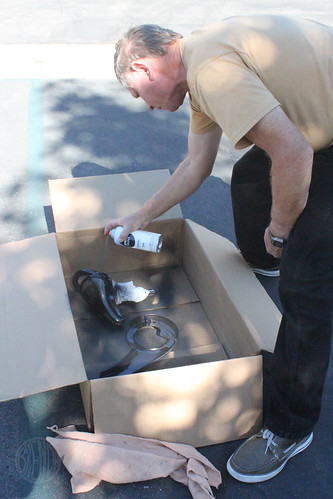 He was happy to do it. Like me, he’s a bit of a work-a-holic and likes to be busy all the time. If he wasn’t tinkering on the bike he’d be tinkering on something else. 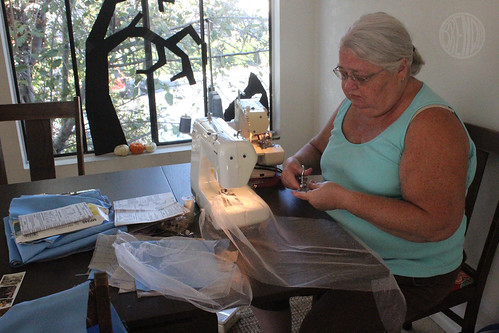 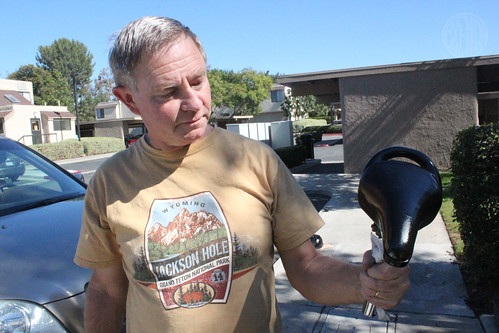 Dad painted. And I flitted back and forth between them like a spoiled only child. It was awesome. 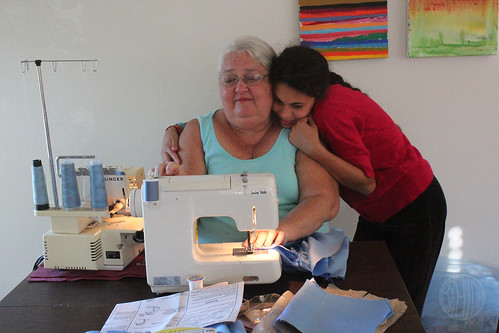 Lubna looked on. Can you feel her excitement? 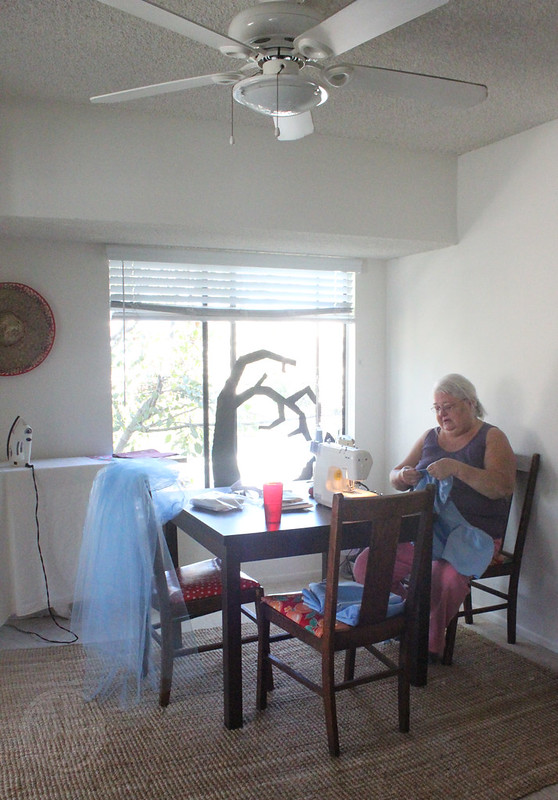 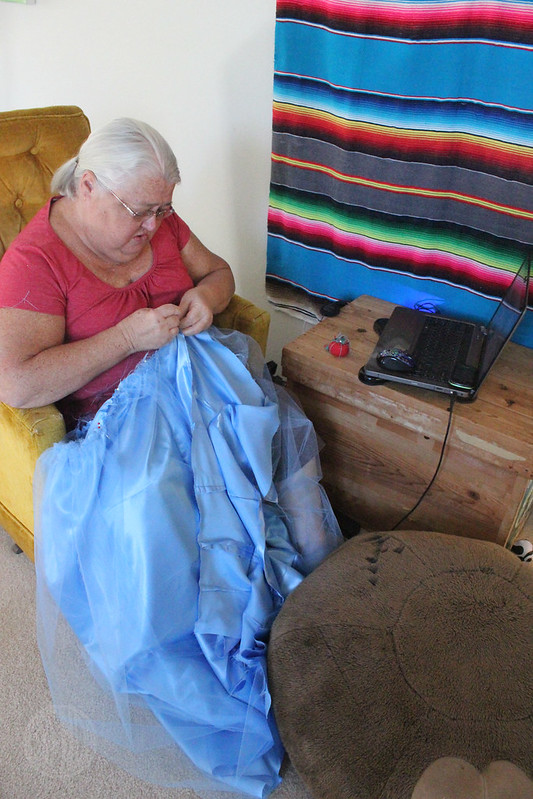 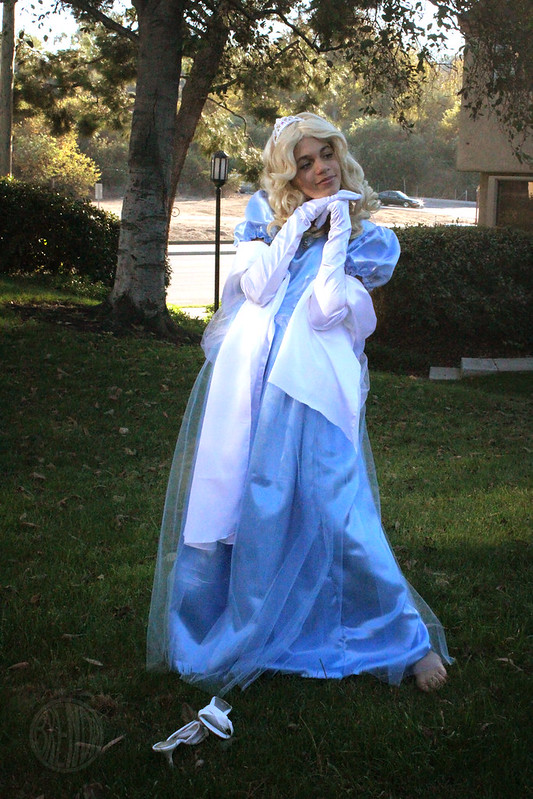 After a few cheap-satin-vs-the-zipper catastrophes, the dress was complete. And it fit Lubna just right. She was a princess! Her American dream came true. Her dark brown hair is beautiful but she had her heart set on being a blonde Cinderella so I picked her up a cheap five dollar wig and some long silky gloves. 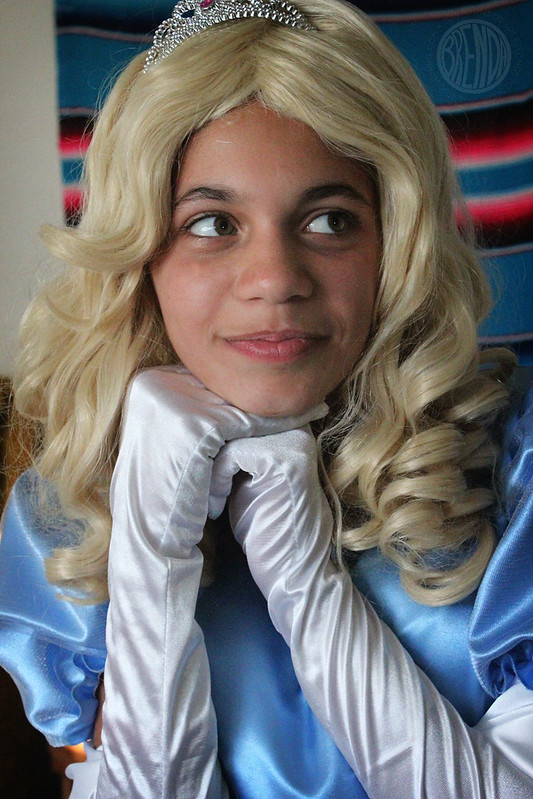 She was so happy. I wish I had taken photos of her on Halloween night when she was all done up in pretty make-up (her mom is a make-up artist after all) but I was my usual busy-squirrel-throwing-a-party self and forgot about my camera completely. So just imagine her with soft pink lipstick, blue eyeshadow and eyelashes a mile long. Pretty CinderLu.

The bike turned out too. But I’ll have to show you pictures of that later.