posted in Apartmentlandia, Slow News Day on October 16, 2012 by SAJ 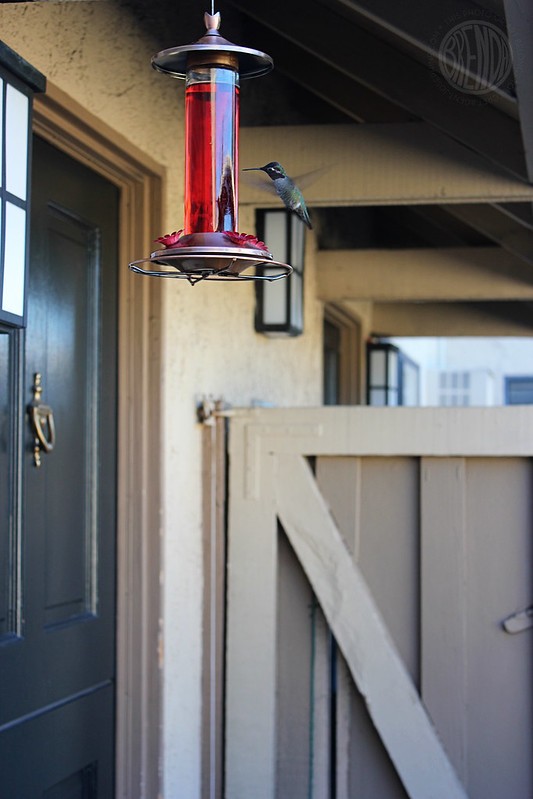 You know what’s great about living in the second story of an apartment building surrounded by trees? Every time I look out my window I see birds and squirrels. It’s like we live in a tree house.

We have a chipmunk living in the tree right outside our dining room and it has been a great source of entertainment for both Bug and I and the cats as you can imagine. I’ve yet to properly photograph Chip but I will one of these days because he is a barrel of laughs.

I recently installed a hummingbird feeder on our patio and those hummingbirds have been downright aggressive about it. They buzz in and out like beetles whether I’m near or not. Sometimes I think they are getting annoyed with me for standing in their way, the way they twirp and tweet right in my ear.

So I decided to take advantage of the situation and photograph them. I took about eleventy zillion photos so I decided to rip them into an animated gif so this post wasn’t too terribly long or boring. 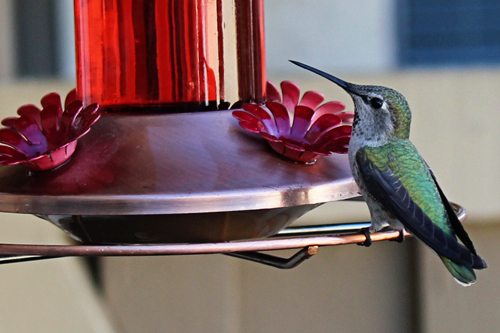 Here’s a close up if that was too hard to see. Isn’t he (she?) pretty? So far I think there are four hummers who frequent this feeder. It’s been quite amusing to watch them swerve and bob to get in and out of my enclosed patio and then around each other. It’s a pretty popular spot. 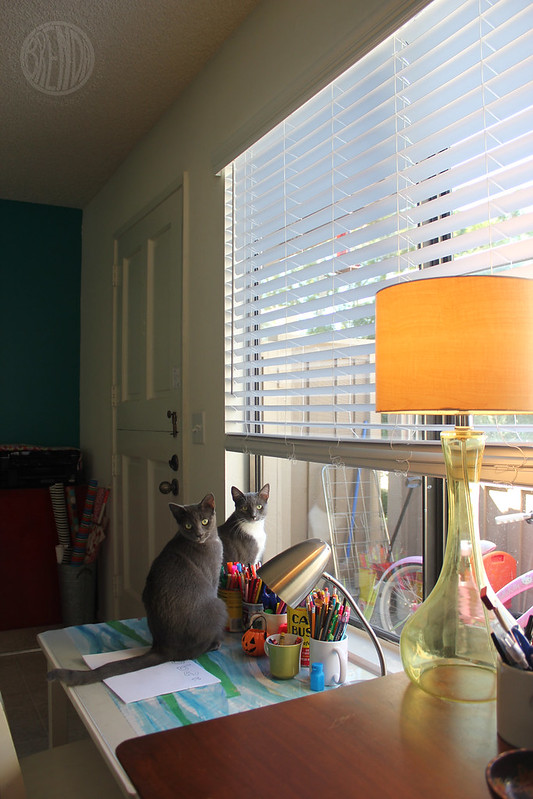 As is the other side of the window. 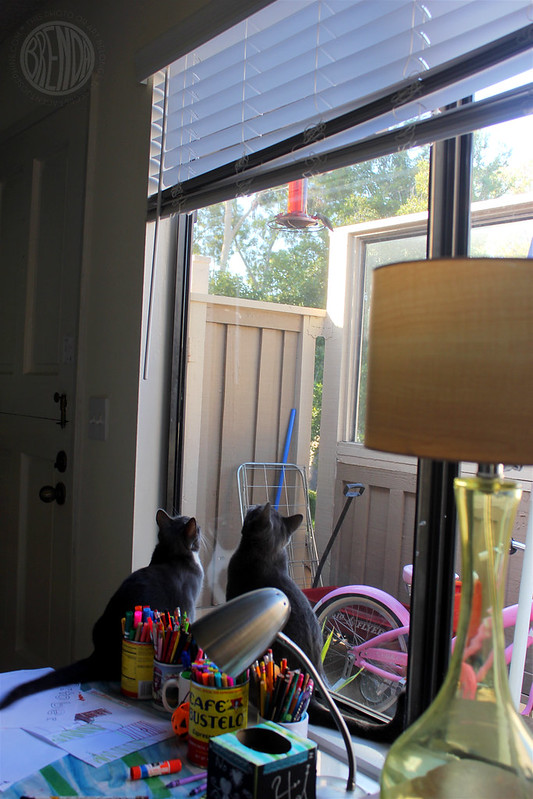 I need to make an animated gif of these two loons one of these days.