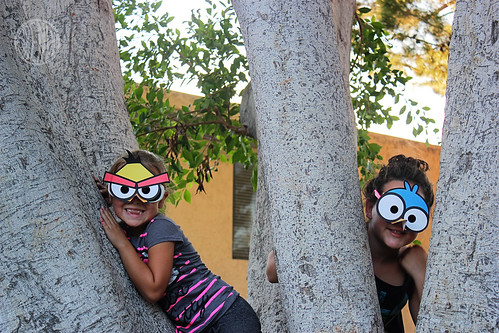 Turns out my family starts scolding me when I don’t blog as frequently as I say I will. Scolding has never made a difference before but I have to admit I am feeling a little tiny bit guilty now that not one but two family members mentioned it today. At least somebody reads! Just kidding. I love that you miss me, family.

I do have a few things I could blog today, and here I thought I didn’t!

The first being that we made some Angry Birds masks yesterday. I was thinking that nobody cared about Angry Birds anymore but apparently they are still quite the thing. When I went to a party store to look for some cheap sunglasses for the craft, I found a whole Angry Bird section with masks that cost less than the glasses I bought. That was kind of exasperating but I still think the craft I did is fun because some weirdos (like me) actually still enjoy making things with their own hands. Besides, party stores are dusty and filled with scary Halloween crap these days. Stay home and make something with my free printables instead. 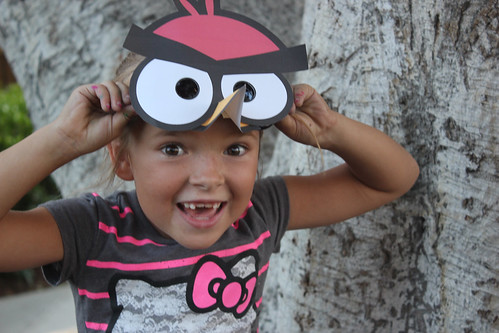 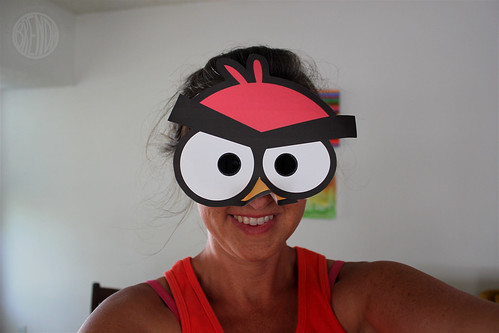 I even got in on the action. 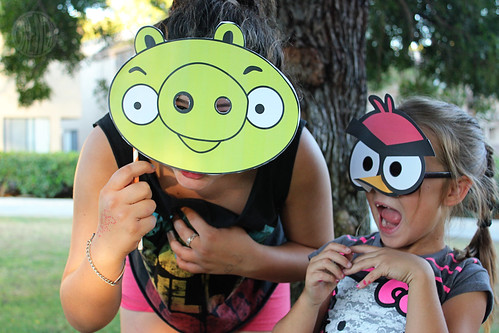 I love this one of Bug acting scared. She’s such a great poser when she gets into it. 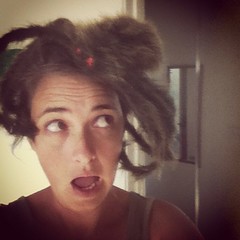 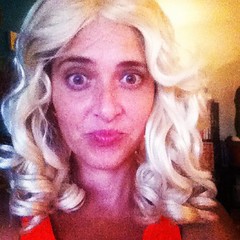 And since we’re talking about funny, here is a funny thing:

Lately I’ve been setting timers to keep myself on task. I have too many projects to get done in the day so I’ve decided to work on each one for an hour. I do so by setting timers on my phone. I also have an alarm set on my phone to remind me to go pick up Bug from school. You have to understand when I get in the zone, I really get in the zone and sometimes I can’t tell the difference between four hours and one hour so I have to punctuate my time with loud beeping things. I’m a real joy to work with. Good thing it’s just me and the cats.

So today I’m working away and my alarm goes off at 11:30. I hit snooze twice and squeeze out one last little tiny illustration on a job that has absorbed my full attention so much so that I dream about it and think about it in the shower and forget to cream rinse my hair. Just call me the absent minded designer or something. Then I grab my purse and walk all the way to Bug’s school. I’m standing around by the wall where all the other first grader mothers hang out when they pick up their kids and wonder why I’m the only mother there. There are some teachers on the playground and I can see they are wondering what I’m up to. Then it finally dawns on me that the alarm that went off was to signal me to stop working on one project and start on another, NOT walk to Bug’s school.

Sheesh! I wasted fifteen minutes walking back and forth. But at least I got some extra exercise and made two phone calls that I otherwise wouldn’t have had time to make. Silly life. 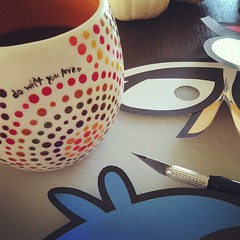 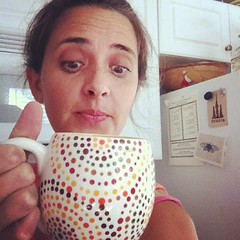 Other than that, all I’ve got is that I’m sick. Just a common head cold with a side of swollen lymph nodes and an earache but what else is new, right? I just keep on truckin’.