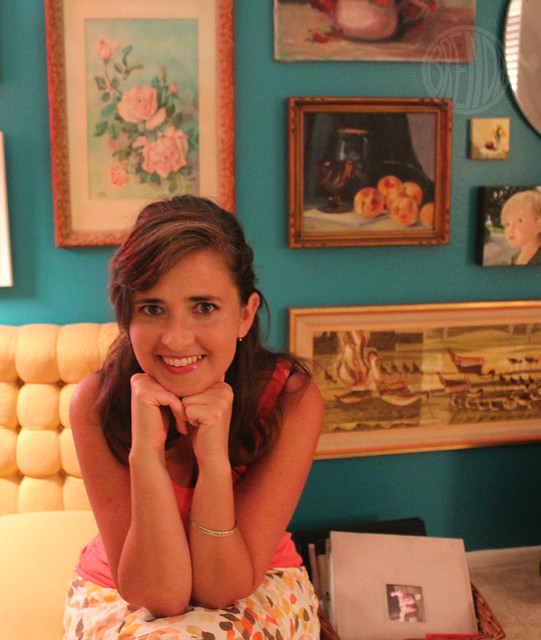 My neighbors came over last night and gave me a complete makeover (including threading!). Isn’t that crazy? I didn’t ask for one. They just came over and the young fourteen year-old daughter translated that her mother (who speaks only Arabic) wanted to give me a makeover as a gift. How could I say no to that? I could be offended of course but I know it’s obvious to everyone and anyone that I can’t be bothered with daily makeup and hair fussing routines. I have better things to do like blog and illustrate books and…I don’t know, stand on my head and drink coffee. I’m just not into being pretty. I gave up on that a long time ago.

The mother (with translation via her daughter) asked me why I would not dye my gray hair. How could you do that to Bug when she is so little? she asked like it was some kind of great offense. But of course she softened it by saying it was a shame that I do not play up my great beauty etc etc… It was all a comedy of translation errors and me blushing. It was fun. Maybe I needed a little attention. 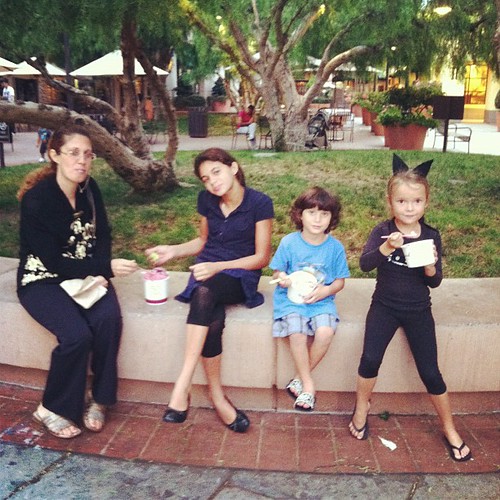 Here they are from left to right: The mother (I don’t know her name yet), Lubna, Mohammed and Bug.

Unforgivably, I don’t remember the mother’s name. She told me but it was such an unfamiliar sound that I forgot it already like I forgot all the days of the week that she taught me. I’m going to make it a point to learn it though. I have a feeling she is going to be a really good friend.

I think the mother used to be a make-up artist back in her home country of Iraq. She speaks no English other than the words “thank you.” She is so sweet though. Her kindness transcends any language barrier. She often brings over treats and fresh fruit as a gift but she always hangs back and lets her kids do the talking.

Maybe she is kind to me because I let her kids come and go as they please in my house. It can sometimes be a little crazy because they don’t always knock but they are so polite and adorable otherwise. I couldn’t turn them away. They love doing all the art projects we do. They eat it up. Everything I show the daughter she wants to do more and more and more. She takes home art supplies so she can keep working after we have long turned out our lights and gone to bed. Her brain is a giant sponge. It’s not surprising to me at all that she knows as much English as she does for only being here for nine months or so. 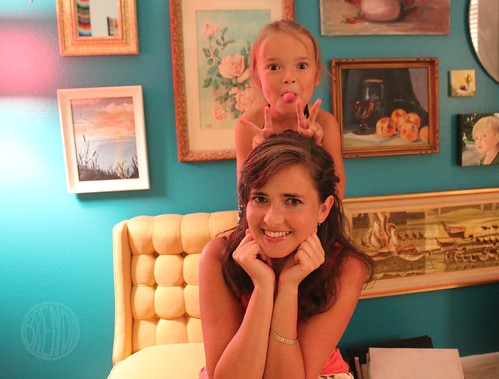 When I asked them why they moved to America, the daughter said, “Because it is more peaceful here and not so much boom boom boom”. My heart sank when I heard that. I can only imagine what they’ve come from. Lots of war, lots of fear…it must have been really terrible because living here is pretty scary! They don’t know anyone. They don’t speak the language or even recognize our characters.

They are living in a tiny apartment here with only one bedroom and a bunch of family members. I don’t think they’ve been further away than our small little neighborhood. They’ve never been to the beach or a mall and both are only ten minutes away. I took them to Trader Joes and out for frozen yogurt the other day and when we got back they all hugged me and thanked me for the good time. It blows my mind. I just want to save up a bunch of money and take them to Disneyland or something. Southern California is so big and I get to help them discover it! What fun! 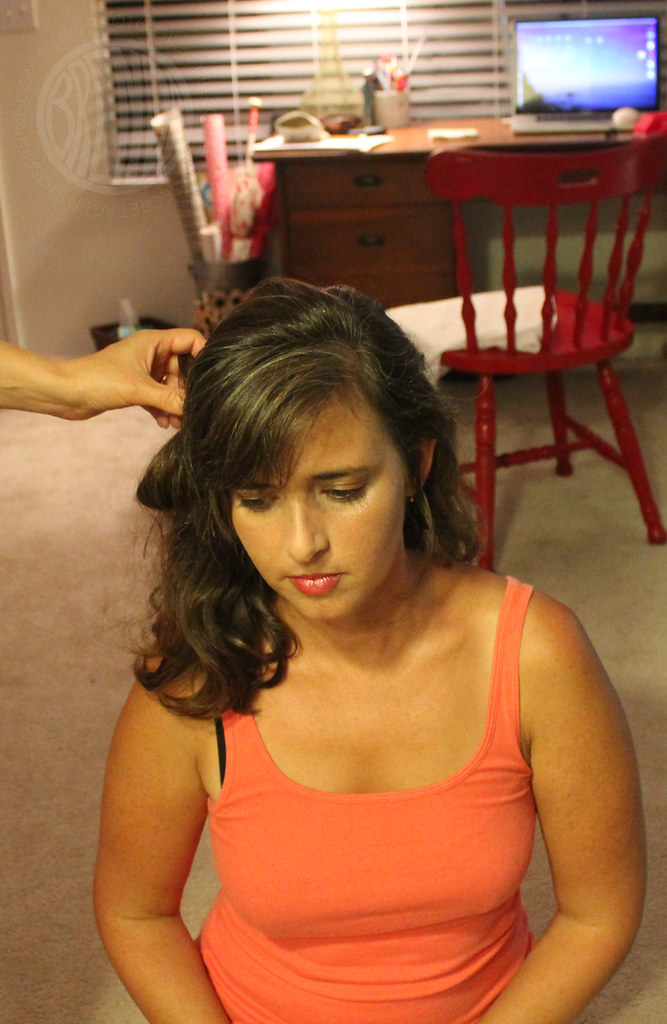 So I’ll take a makeover. In fact, I’m going to be filming some footage next week for my books so I think I’m going to kidnap the mother and pay her to be my personal makeup artist. How cool is that? I can’t believe how things work out. They need extra money. I needed some help in the looks department (as we all saw with the ABC filming where I was sweating like a pig under the bright lights, and my hair! Don’t even get me started on my hair!). God has a funny way of working things out. 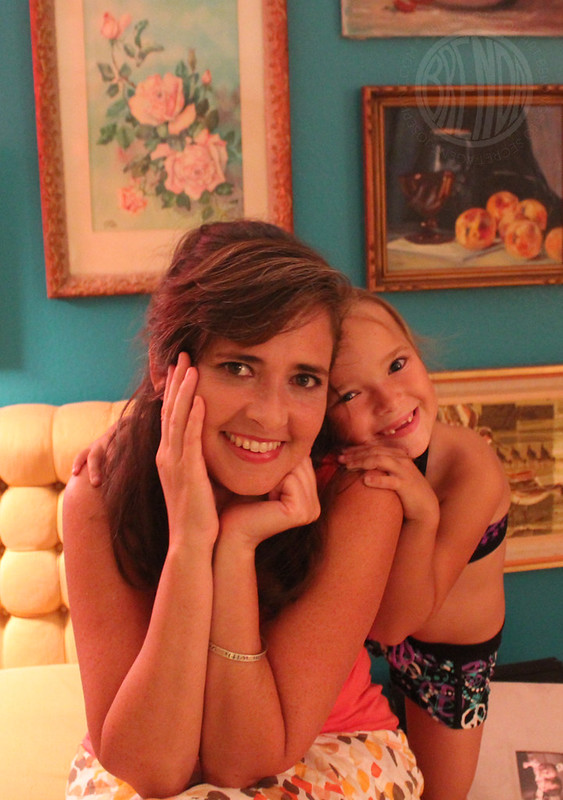 When the mother was done making me look beautiful, the daughter asked to take my picture in front of my turquoise wall. She told me to pose like this and like that. She was better at directing me to model than I am when I tell people how to pose and I sometimes do that for money. I wonder if she has experience with modeling. She is quite the beauty herself. 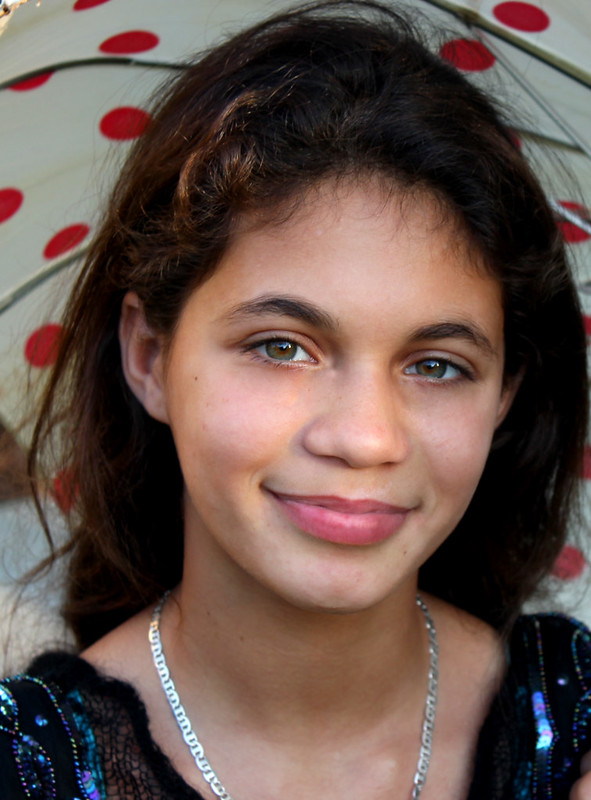 A while back she told me her father was looking for work. She wanted to know if I knew of anything that he could do. The first thing that came to mind is that she could make a lot of money modeling. She’s beautiful. But when I showed her the websites of some local agencies, she was worried that they would make her wear swimsuits and since she is a strict Muslim she cannot show her shoulders or any skin above her knee. I agreed that the modeling world would push her to do things that she didn’t feel comfortable with so we dropped it. But she did let me take some photos of her with my polka-dotted parasol. 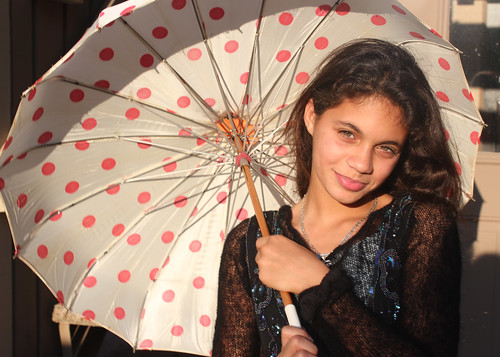 I did a terrible job photographing her. The sun was too bright and I had my shutter speed set too low for the shade. But I’ll try again. She is so much prettier in real life. Probably because she is smiley and it lights up her eyes. 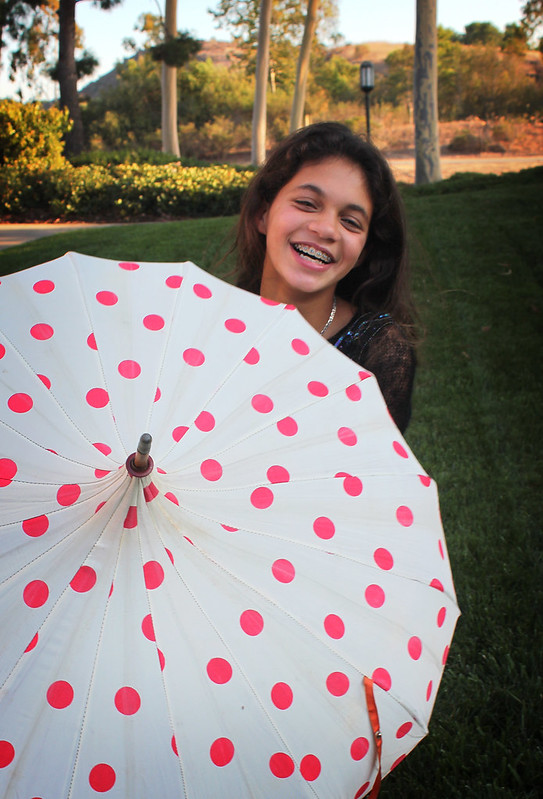 I’m very lucky to have such amazing neighbors. And not because they are pretty and like to give me free makeovers but because I am learning so much about people. It’s like I’ve been dropped into a new world. I might think my apartment complex is the shabbiest in town and I might be bummed that I can’t afford to travel to Paris to illustrate my book in real time but I don’t suffer from any shortages of experiences. My world is a rich tapestry right at my very door. 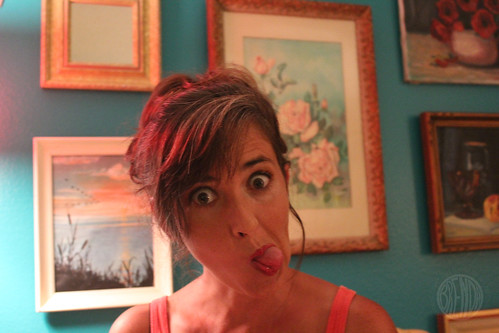 And they are learning that Americans are goofy! 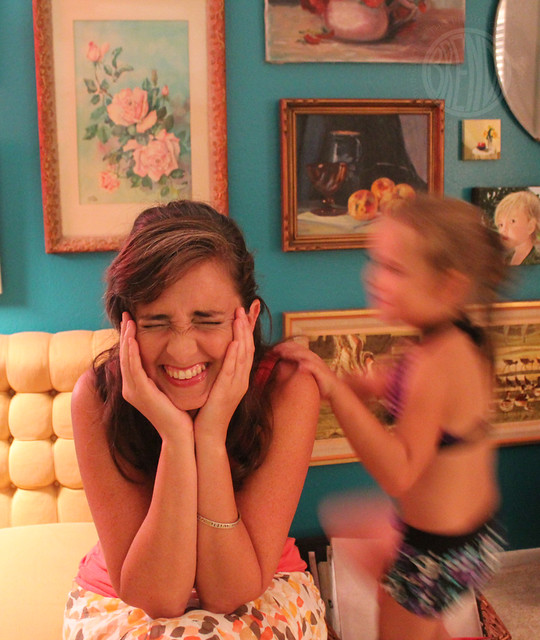