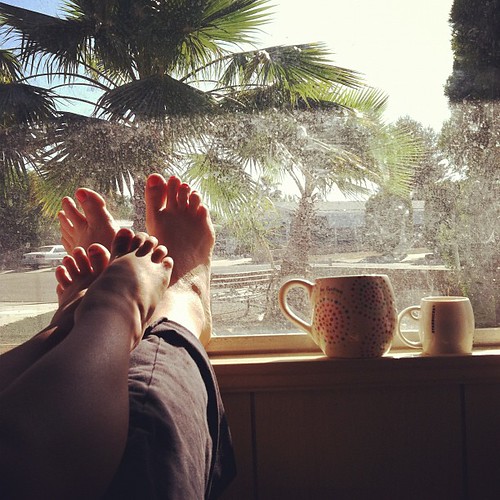 I wrote this a few days ago and I wasn’t going to post it because it’s pretty much a whiney, woe-is-me complain-fest about how I hate the rental situation going on right now in this economy. However, now that I’ve found a place and signed a lease (wooo to the hoooo!) (and I’m not afraid of potential landlords reading my bitter rants) and I’m over-the-moon excited about my new place, I thought it would be good context for how great it is to have finally ended The Great Apartment Search of 2012.

The big thing that is getting me down right now is that there seems to be some kind of unspoken rule (or maybe it’s law, I wouldn’t know) on how many square feet a child requires in an apartment. Did you know that? I didn’t know that. I know that Bug and I can live in a very small space but apparently landlords in Southern California do not agree with me. I’ve been turned down for FOUR apartments now because the landlord didn’t feel comfortable having two people living in a one bedroom studio.

Honestly it irks me a bit. I can understand on the super small ones. Eeeking out an existence in an apartment the size of a dorm room would be sad for Bug but it wouldn’t be impossible. Especially since her Dad would live just around the block with a three spacious bedrooms AND we would have the beach within walking distance… We are out and about all the time having fun. It’s not like I would lock her in the closet while I worked. I just don’t know…I guess since there are so many applications they have to judge me based on something and that seems to be it.

The apartment I’m looking at now (which I didn’t get) has a full-size kitchen AND a very large bedroom. It doesn’t have a living room but that’s okay with me. I’ll just put my expedit bookcase crossways in the bedroom and BAM! Two rooms. One for a double bed, one for a chair and all of Bug’s toys. My office could be in the kitchen with plenty of room to spare for a dining room table. I’d call it perfect. Bug sleeps with me anyway by choice so it’s not like she needs a whole bed area to herself just so she can stack her stuffed animals on it.

I would love to tell those landlords that I don’t feel comfortable paying two thousand dollars for two rooms but I don’t think they care much about my opinion. They probably think I belong back in the ghetto anyway. Speaking of, it was particularly ghetto last night at 2am in my neighborhood. I just can’t stand it here much longer. Also: three cockroaches this morning in the living room.