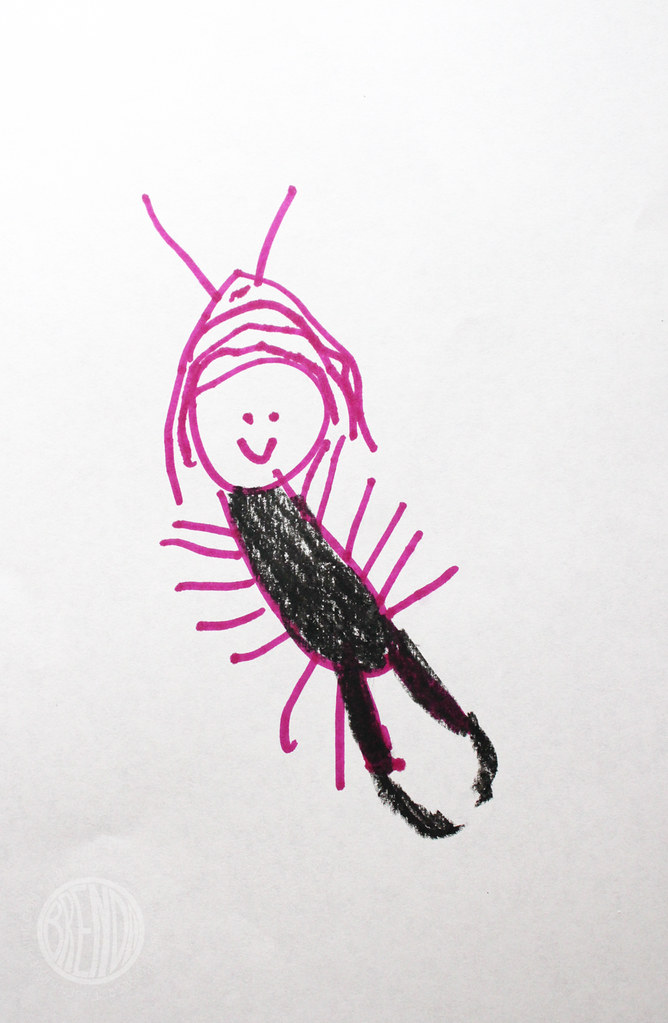 It seems we have an infestation of earwigs in my garden. They’re rampant. You know how sometimes grasshoppers take over like a plague? It happens every seven years or so and you can’t walk without stepping on a grasshopper? No? I guess that’s just me. I’ve lived through a couple of those and they eat everything! It’s crazy.

It was great when it happened when I was a kid visiting my uncle’s ranch. We used the easily-caught grasshoppers (who practically flew onto our hooks) for bait for fishing and after a while they stopped creeping me out. But other than that one time, I just hate bugs. I especially hate bugs who eat my plants. I hate them with a vengeance. 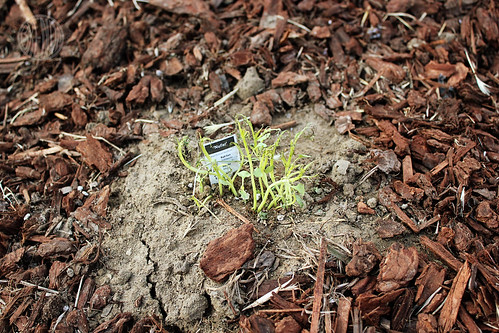 You can imagine how I felt when I went out to my garden one morning, eager to see the progress all my baby sprouts were making, and saw this! Stupid $%@#! bugs!! They ate my basil down to nubs! They left nothing but but but little itty bitty broken plant bits. How dare they!!! I couldn’t figure out what ate them. There were no bugs in sight. I checked under all the leaves. I googled everything and quickly learned that best way to figure out what’s eating your garden is to track them down at night.

The hunt was so on. I waited until it was really really dark, grabbed the only flashlight I could find, which happened to be Bug’s black cat flashlight that meows loudly every time you squeeze the handle, and set out into the dark. I don’t know what I was expecting to find. Rabbits?

Sure enough as soon as I got close enough to the plants I could see them. The leaves were literally covered with earwigs. Dozens and dozens of them! It was a creepy crawly mess with pinchers and wiggly legs. I should have taken pictures but my night photography isn’t so hot and I was just really grossed out. I couldn’t really do anything with them at the time since I had no intention of picking off each one by hand and I was afraid that spraying them off with a hose would damage the plant and probably wouldn’t really work anyway. So I went back inside to consult google some more and get some rest.

The next night I was prepared. I filled up a squirt bottle with soapy water and armed myself with a canister of Sevin Garden Dust. I had been resisting using any pest control chemicals up until now because I wanted to brag about my vegetables being organic. Well pffffttt. There went that idea. I had no idea the earwigs were going to attack my baby plants in mighty armies!

Back to my story:

I squirted those earwigs with fury and then lightly sprinkled Sevin Garden Dust around the plants, careful not to actually touch the plants. Fear the wrath of a gardener scorned, I seethed silently to myself as I squirted in the flickering light of my meowing cat flashlight. Who knew gardening would bring out such a hunter in me. 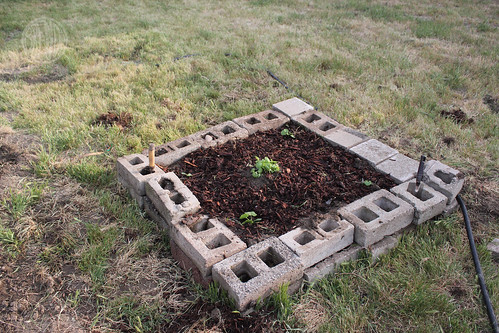 I really shouldn’t be surprised my garden is crawling with nocturnal earwigs. I built the raised garden bed out of earwig-infested bricks after all. 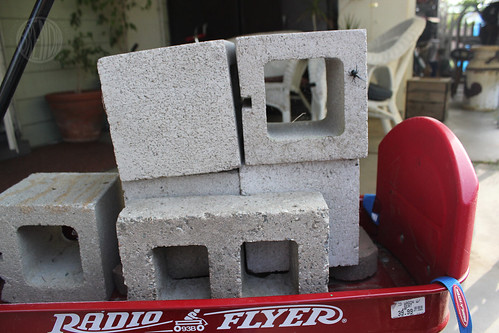 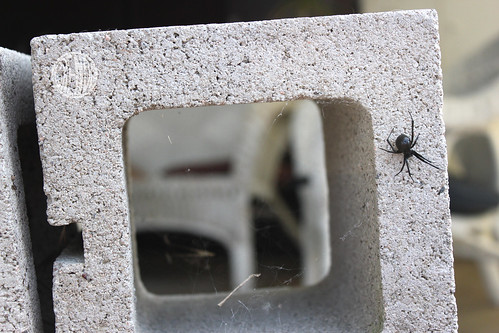 Since I couldn’t afford to buy wood I just used what I could find around my yard (which is surprisingly a lot of cinder blocks) and every time I unearthed a brick, scads of them scurried in all directions. I didn’t think much of it until my late night inquisition but then it all made sense. I pretty much created a heaven on earth for the earwigs and then offered them some tender juicy leaves to devour. How nice of me.

Feel free to leave me chemical-free alternatives in the comment box if you have ’em. So far the soapy water seems to be working but I’m also on the hunt for some Neem oil (whatever that is) that googles says is just the thing.