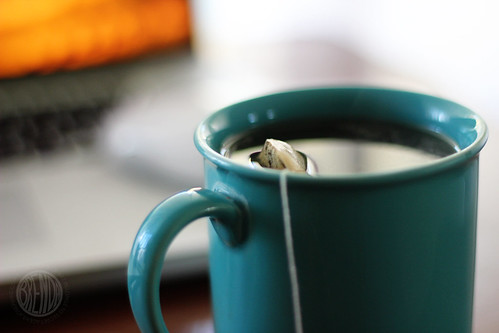 I’m kinda feeling under the weather today. Don’t feel too bad for me. I’ve been healthy as an ox all winter and just now caught something. It’s about time I caught one of the many viruses Bug brings home from preschool. I also attended a Bikram Yoga class on Saturday for the first time in my life and I am sore!! Oh my goodness, hot sweaty yoga is not for wimps! Have you ever tried it?

It’s regular yoga with simple poses except they crank up the heater to 110°F or something. I’m so proud of myself for making it through all the way to the end and not fainting. At first I thought it was a cinch. I thought, I can totally do yoga even though I haven’t worked out in an entire year. Ha!

Then I woke up the next day and I couldn’t bend my legs. So yeah, I’m not feeling so hot. I am also worried about all the other people in the class who were sitting in a hot damp petri dish with all of my germs. It was pretty gross. I wonder how they clean those rooms after everyone has dripped five pounds of sweat each onto the sticky carpet. It was low pile carpet, thankfully, but it still looked pretty gross. I’m just going to stop thinking about it and tell myself that the benefits of a deep workout offset the grossness of hot damp germy floors. 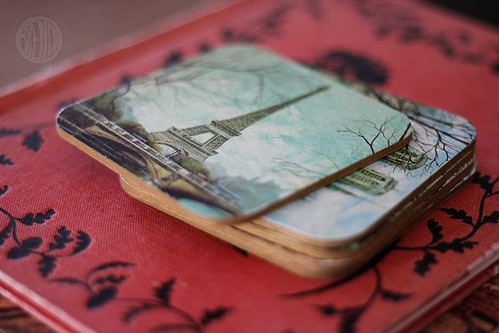 I’m sorry I had to drag your mind over to that ugly place. Here, feast your eyes on some blurry coasters from Paris! Aren’t they pretty? Everything is prettier with a 50mm lens blurring out the background. Today I wish I could wear 50mm glasses and then crawl into bed and read a book very close up. Maybe I will if I can convince Bug to nap with me (not likely).

I just thought I’d check in and do a quick blog. Maybe I’ll start a habit of it. Probably not. I’m always promising things and then not following through. But I’ve been working really hard on a post about painting and my insecurities about it and I’m not making very much progress. I’m starting to think that posts that take more than a week to write aren’t meant to be shared. Blogging is not supposed to be work. I don’t have time to be that deep. I should take the time but I have a five year old bopping around interrupting me constantly. 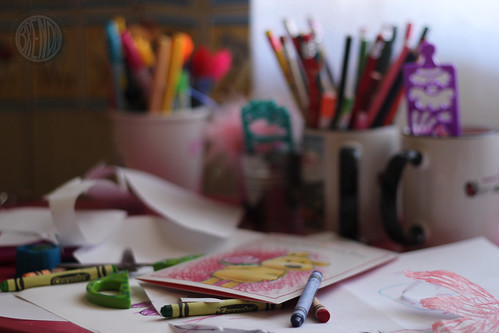 Bug’s bopping is so awesome though. She drives me crazy regularly but the minute she’s not around, I miss her with the heat of a thousands suns. I wouldn’t want her any other way.

Look at her messy desk. I used to brag to anyone that would listen that my child was naturally neat. She does like to match things up and put out of order products back in order in the grocery store but her OCD stops there. Her room is a mess daily. I think I’m going to have to take back all that bragging. I’ve probably spoiled her by tidying up after her. I can’t help myself sometimes. I just hate clutter! She will clean up with a lot nagging of course (maybe even less nagging than most kids) but she often drags her feet and tells me that cleaning up is so BOOOOORRRING. To which I roll my eyes. A lot of things in life are boring, kid. 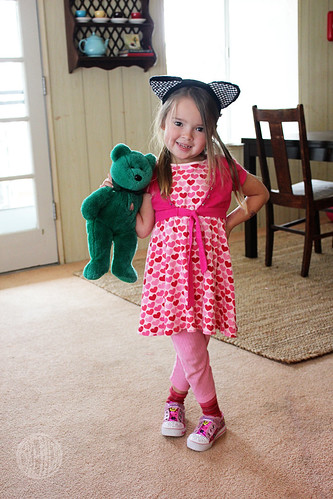 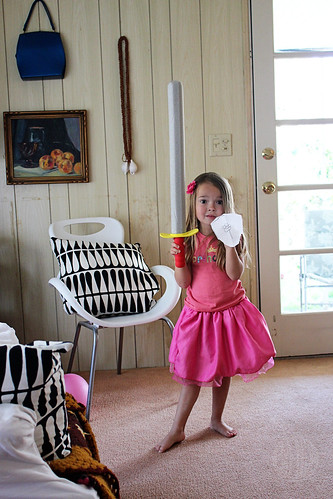 I guess compared to her imaginary world where she changes characters hourly, cleaning is very boring. Does your kid do this? She’s a cat on the left and a knight or a Barbie Musketeer or something on the right. Then she’s a hula girl…it never ends. I’m thankful for her imagination but I’ve had to make a rule that she has to keep whatever outfit she’s wearing on until she puts the last one away. This has helped with the constant piles of clothes on the floor but now I’m finding perfectly clean clothes stashed in the laundry and behind hanging clothes in the closet. Kids! 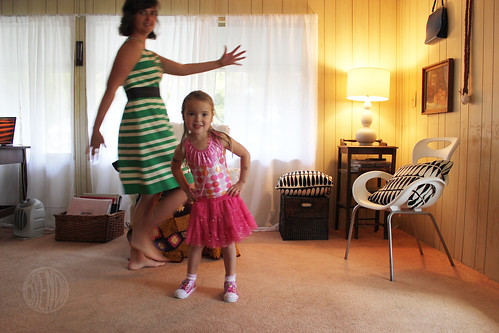 Sometimes I get in on the action too. But not very often. 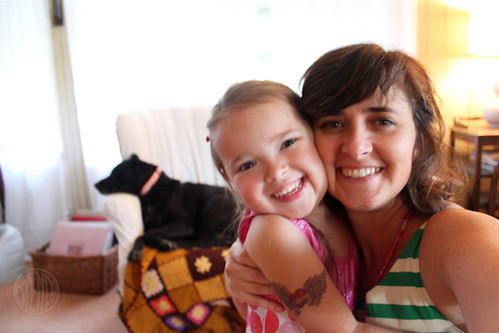 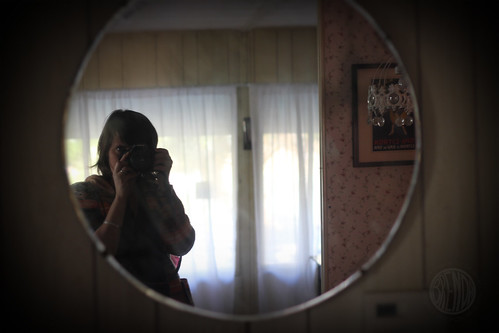 Today I’m going to hide behind my 50mm lens and pretend the world is blurry around the edges.