posted in Family Matters, Niece-com-poops, party party, the sticks on April 19, 2010 by SAJ 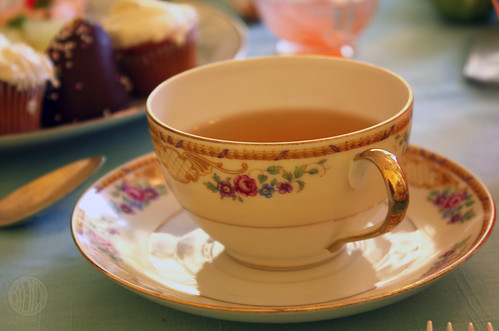 My Grandma is the Queen of theme parties. In my lifetime she’s thrown full blown shin-digs that range from a Greek dinner where everyone wore togas and sat at long tables eating baklava and sandwiches wrapped in grape leaves to a crazy tie-die t-shirt-wearing “Un-Birthday Party” for the whole family…to a train station party for my brother when he was three that included various ticket-punching stations and a relay race across the backyard with a giant over-stuffed suitcase. I have so many memories of these crazy full-blown over-the-top parties. And I don’t mean over-the-top expensive. They weren’t. They were just really creative and fun. So maybe some of that enthusiasm for a good theme party trickled down to me. 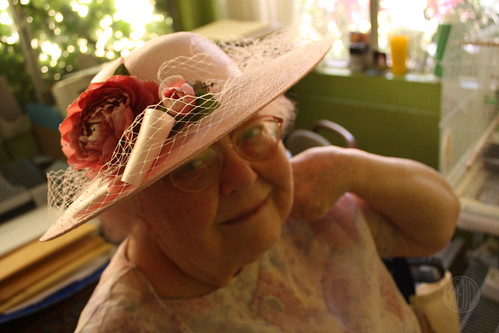 When I posted a little blurb a while back about wishing I could host a black and yellow tea party, my Grandma took hold of my idea and ran with it. Mind you, she’s getting older now and has to be really careful that she doesn’t over-do because she tends to end up in the hospital when she does. This is really hard for her because the one thing she really loves to do is over-do. I can so relate.

She asked me to let her know when I was coming to town again and she started planning. She tucked little ideas away in an idea folder and before I knew it had dreamed up the most fantastic pink-themed tea party for little girls. The only problem was scheduling it. When would be a good time for all of us and not put Grandma over the edge and in the hospital again?

I knew I was heading out to the sticks this weekend so I called her up and we set a date. The only problem was she really really couldn’t over-do because she is scheduled to fly up to Canada on Tuesday for another granddaughter’s wedding. We can’t have her sick when she has a very important wedding to attend.

At first Grandma said she couldn’t do it. Then my Aunt Keren called up and said maybe she could if we were all really careful and helped out a lot. It’s such a hard call. To over-do or not over-do. Grandma only has so many more days left here with us. Should we live them up having fun tea parties or should we keep her in bed resting so she can stay with us longer? 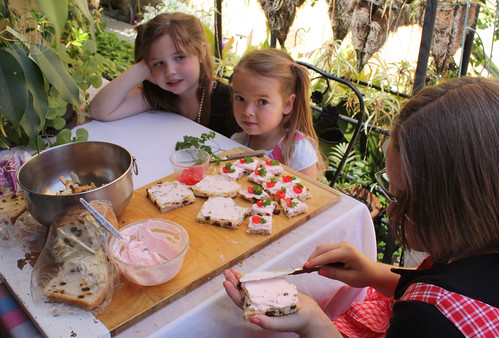 We voted for both. The girls helped out making sandwiches. 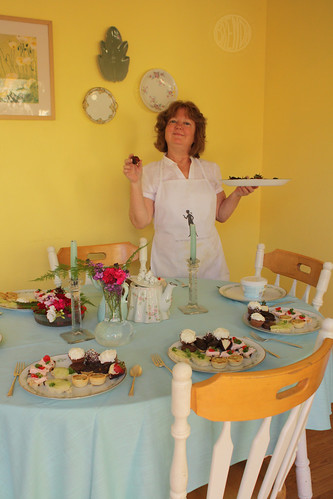 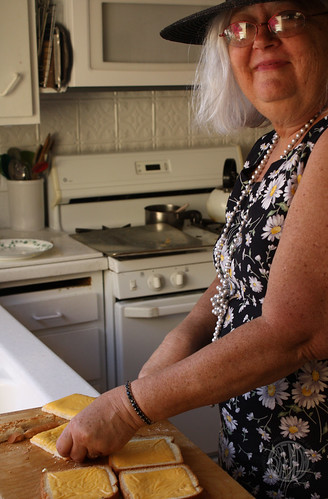 I think my Aunt Keren did a lot of behind the scenes work and made sure Grandma stayed sitting down. And my mom, who is on a very strict diet and couldn’t eat a single thing on the menu, even helped out. 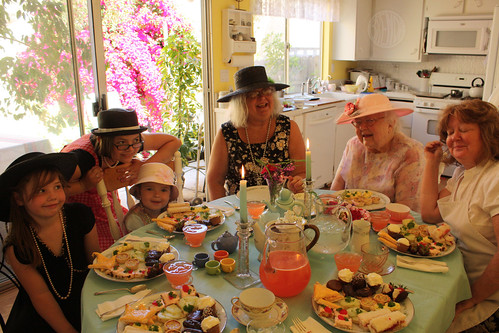 I think everything worked out. We weren’t short on effort… 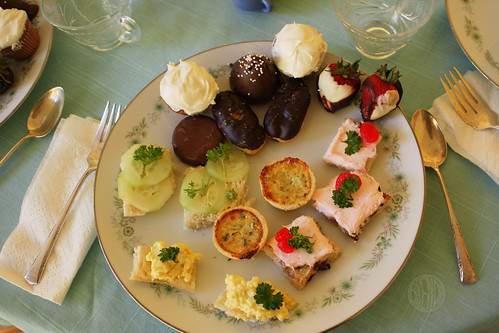 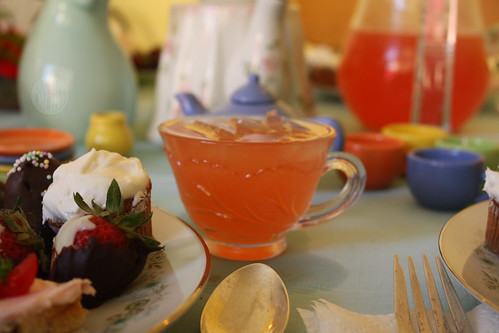 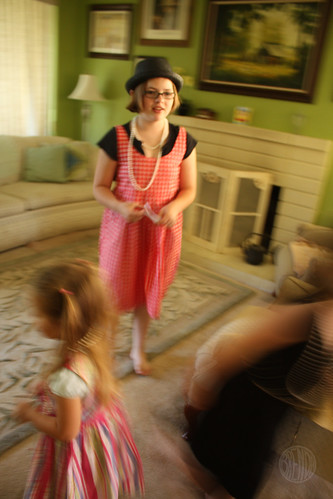 Then after our delicious tea party lunch we had a little treasure hunt for the girls and the last clue was to put Grandma to bed so she could rest. 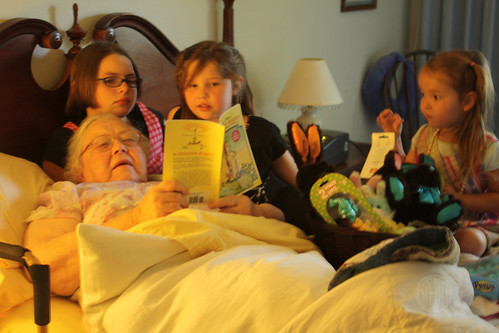