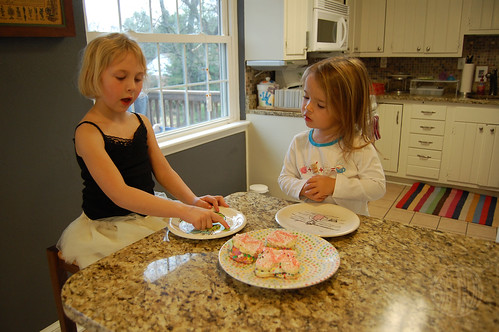 While I was at Bethany’s, the girls and I did a review for Pop-Tart’s. We had a lot of fun making some little Pop-Tart ice cream sandwiches which you can read about here. I think you’ll get a kick out of Bug and Annalie’s very official comments on the product. And of course there are sweepstakes. There are always sweepstakes with these posts. Click on over and good luck! I really love it when my own loyal readers win these things. 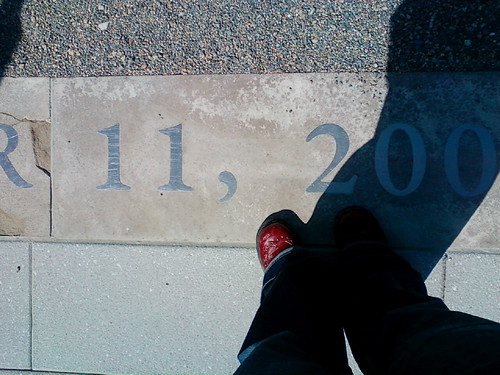 I was privileged enough to visit the Pentagon while I was in Washington, D.C. Troy works there so he got us a top-security pass and now I can say I walked the halls of the Pentagon. I’d show you proof but you aren’t allowed to take pictures in the Pentagon, of course. I did however scare the crap out of myself while I was there so at least I have a story to tell.

After we walked around a bit looking at things, we stopped in a little convenience store inside the Pentagon to get a snack. While I was paying for my bag of chips I couldn’t find my ATM card in my giant purse that eats everything. I looked and looked but it was somewhere in the depths just beyond my reach. So in a fluster, I pulled out my business debit card instead and paid with that. I hate muddying up my accounts that way but sometimes you just have make it work. Business chips anyone?

After the cashier ran my card through her machine, it beeped and gave a little error message. “Hmm…” she said, “I’ve never had to enter my security code for a transaction like this before.” And then my eyes fell on my debit card.

There in official-looking credit card type was my business name: Secret Agent Josephine. Great, I thought. Now I’m going to be on the government terrorist watch or something because I tried to buy a bag of chips posing as a secret agent in the Pentagon. For the five hundredth time I cursed myself for starting a blog with this silly name. This name has served me well but it has also caused me a fair share of trouble.

I’m happy to report that I’m not on any terrorist watch lists. I found out later when I was recounting the story to someone else that credit card machines always require an extra code to be punched in when you use a business card. So as usual it was just my active imagination getting me into trouble.

So that’s what I’m going to remember about my visit to the Pentagon. 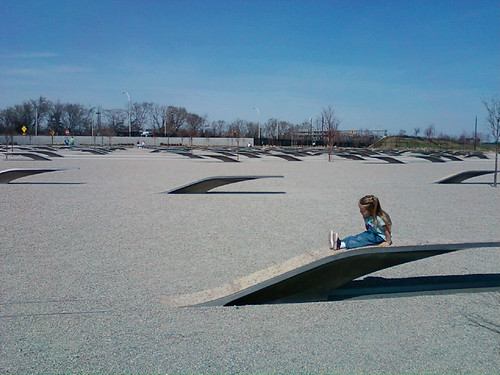 Actually the 9/11 Memorial outside the Pentagon is quite impressive and memorable. There are lawn-chair—looking bench things sticking up out of gravel and underneath each one is a small strip of water with a bubbling fountain. At each fountain is a name of someone who was killed in the plane crash. It was heartbreaking to see even children’s names inscribed there.

I would have taken more pictures but at the time I thought photography was forbidden. So these two pictures are the only ones I have and they’re taken with my phone but later we saw other tourists toting all kinds of big cameras around. Oh well. Sometimes it’s nice to experience things without feeling like you have to capture every moment, you know? 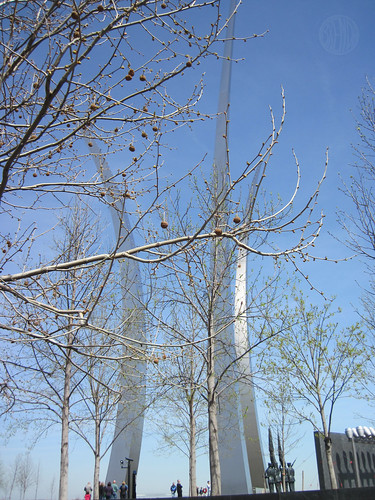 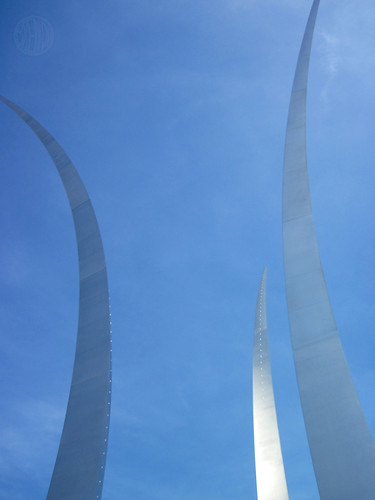 We also visited the Air Force Memorial, though not on the same day. This memorial was really impressive to me. I’m a huge fan of the Blue Angels which are not part of the Air Force at all but I love the way this giant sculpture captured the way the jets break away into the sky. I’ve been to air shows and felt this moment in person and it’s my favorite. Whoever designed this memorial nailed it. It’s beautiful. 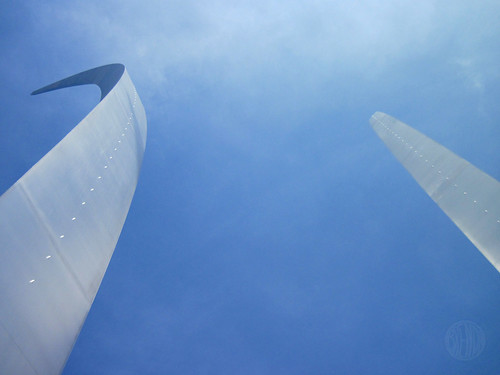 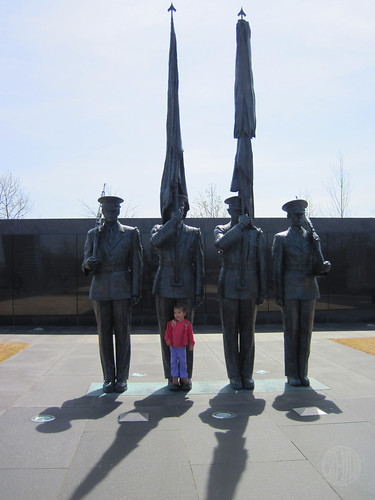 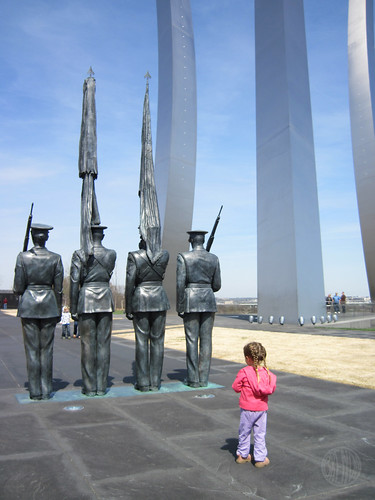 We had fun posing with the soldiers. 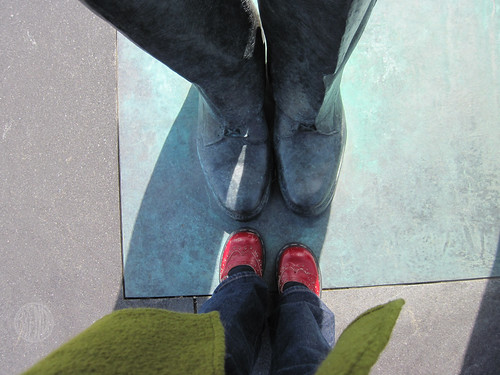 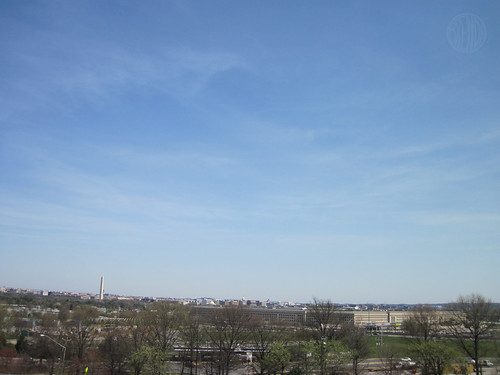 The view was quite impressive. Though it was pretty windy and cold. I was thankful for the blue skies. 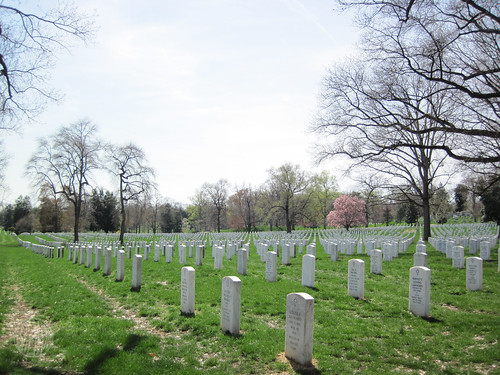 Next we went to the Arlington National Cemetery. It’s the biggest cemetery I’ve ever seen. We went with plans to see the Tomb of the Unknown Soldier but somehow through a comedy of errors (and some bad map-reading that we will tease Bethany about forever) we never ended up seeing it. I was quite disappointed but I guess I just have a reason to come back now. 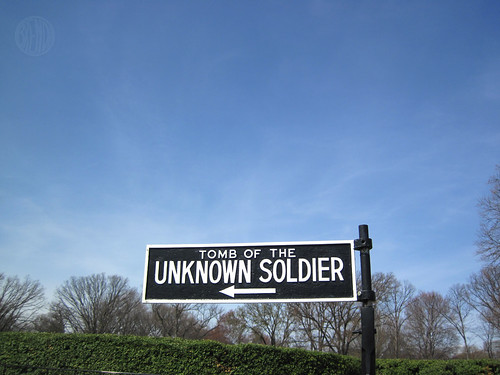 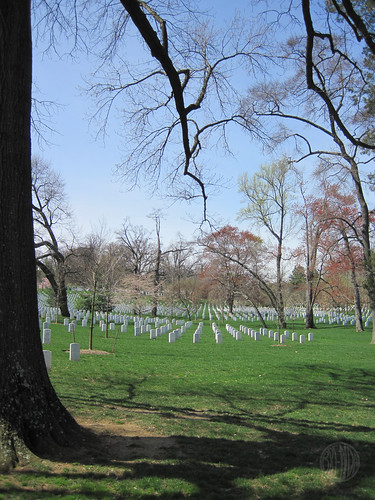 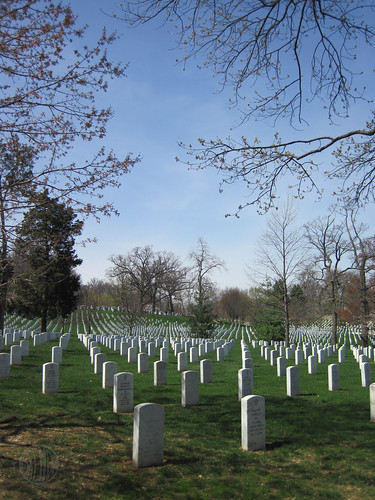 I’m really glad we went, even if we didn’t get to see the intricate stepping routine that they do for the unknown soldiers. It was a beautiful day to walk around such a great space and pay our respects to those who have served our country. 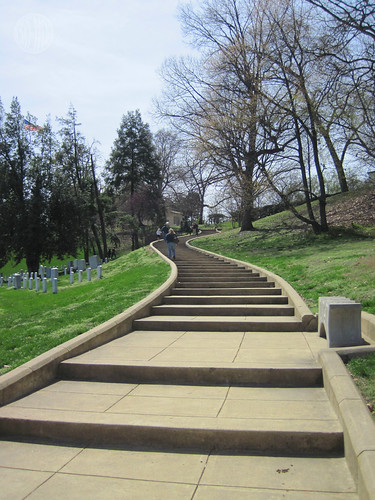 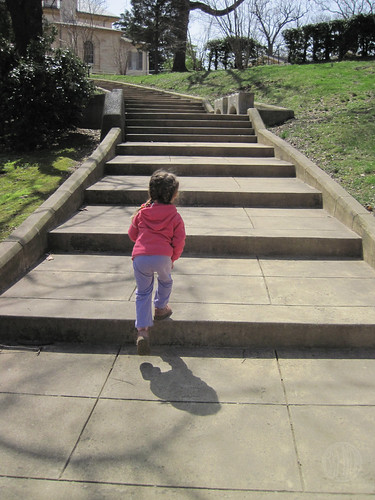 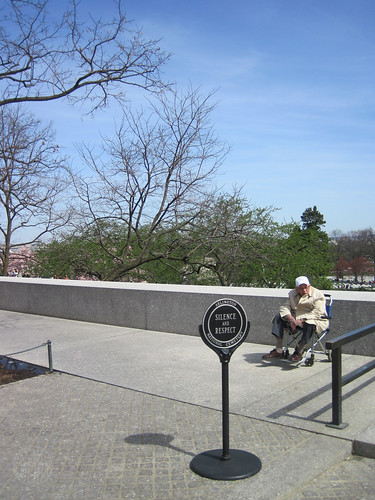 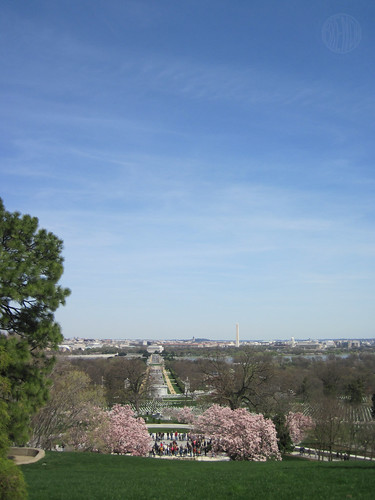 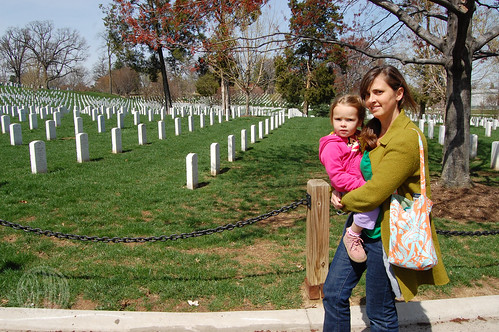 We walked a LOT. Which was really good for me considering all the baked treats I’d been eating! 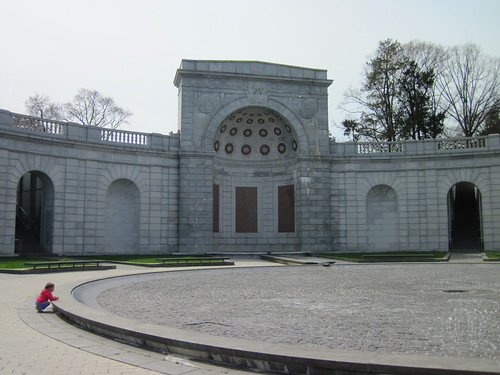 Note: We are back now. I’m just terribly behind in writing posts about our trip. I have just a few more and we’ll be all caught up!