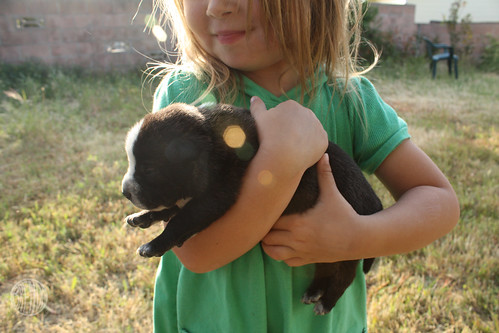 CC’s dog had puppies. Eight of them. Don’t worry, we are not taking any puppies home. No puppies for us. But we are visiting them and loving on them. They are so cute. 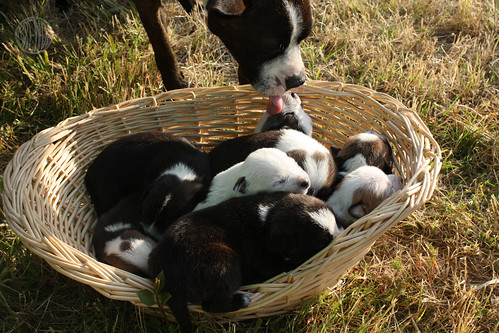 Eight puppies! That’s so many. My family expected three or four but the puppies just kept coming. They’re all really fat and healthy too. 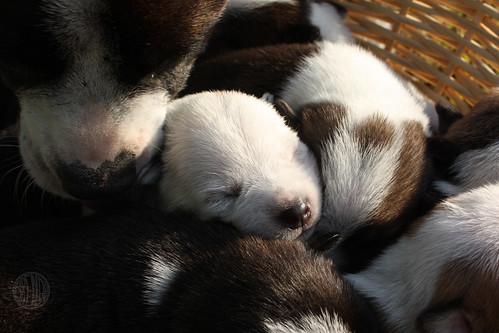 They’ll be two weeks on Tuesday, the 20th. Seven more weeks until we have to find homes for them. And yes, the mother dog is getting fixed as soon as the puppies are weaned. 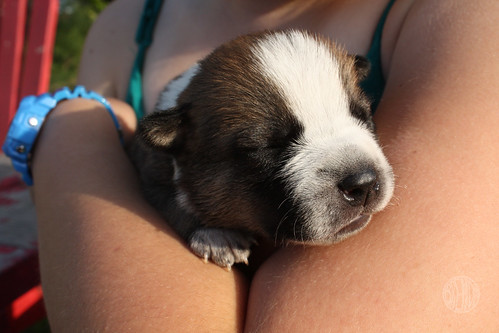 In the meantime, we’re making up names that we know probably won’t be their real names. We know we can’t get attached but it’s still fun. 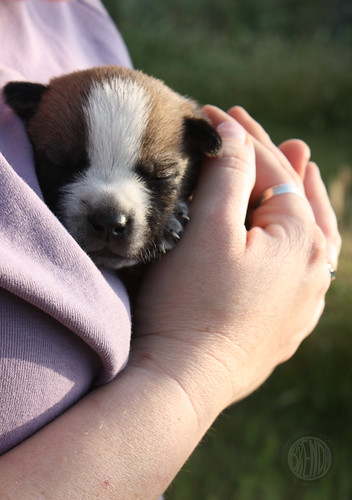 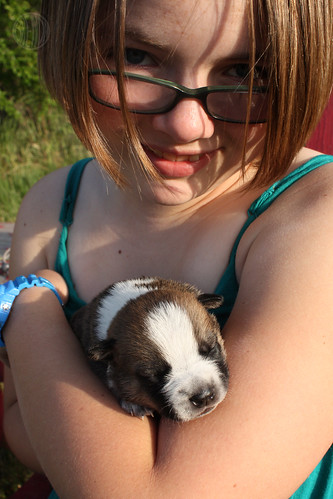 So far we’ve got Snuzzle, Chablis (for the one that whines), Gumdrop, Spotty, Rumple or Rumble, Bubba… we’re making up all kinds of names. Feel free to join in. 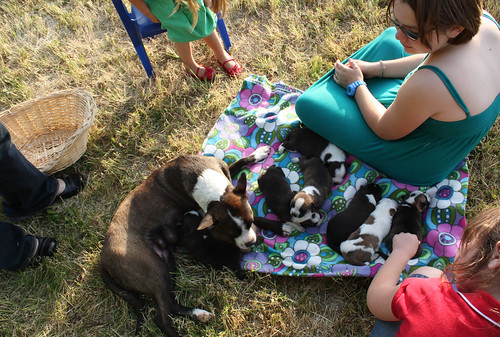 They’re mom is half boxer and half corgie/lab mix. The dad is either a pit bull in the neighborhood or possibly an Australian shepherd. Who knows. The puppies are mutts. Big healthy adorable mutts who sort of look like guinea pigs right now. 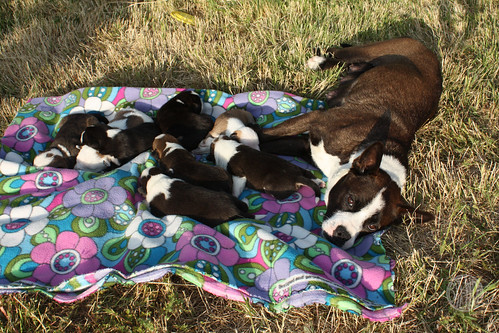 Annie, the mother dog is such a good dog. She looks really tired (and she should be) but she’s not. She’s taking really good care of them and begging for treats as usual. 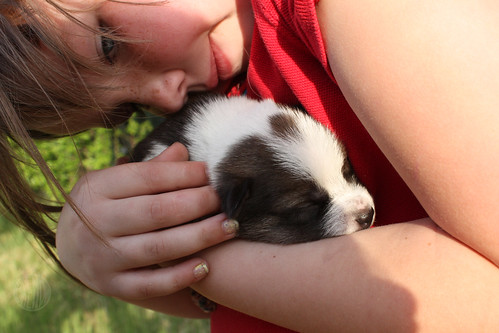 If anybody wants a puppy, let me know! 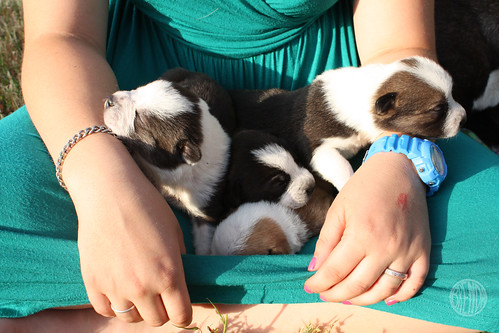