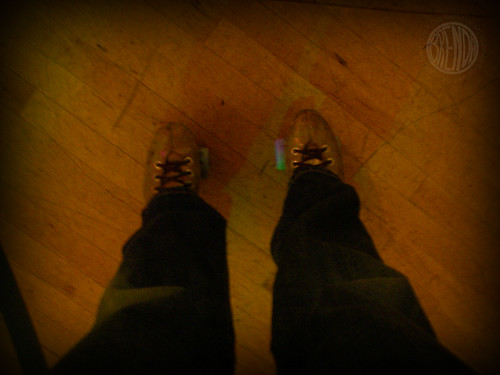 I picked up my nieces from school today and after our traditional trip to Starbucks for some treats I didn’t feel like taking them home just yet. My mom and sister-in-law were out of town for a few hours and I knew hanging out bored at my mom’s house was not going to be all that fun. So I decided I’d take them to my old skating rink. The same one I used to skate on weekly when I was eleven. 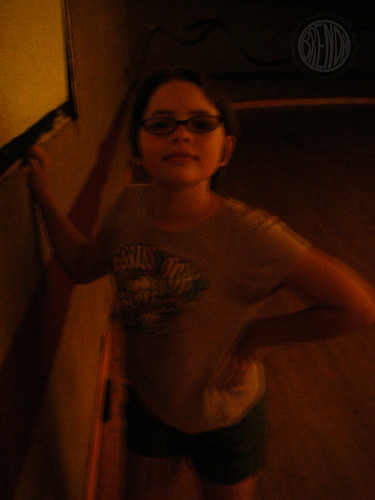 I’ve been thinking about being eleven a lot lately because Rapunzel is turning eleven next Thursday. I can hardly believe it. It seems like yesterday she was three just like Bug is now. How can she be growing up so much already?!! I just want to hold her down and say, Stop growing kid! 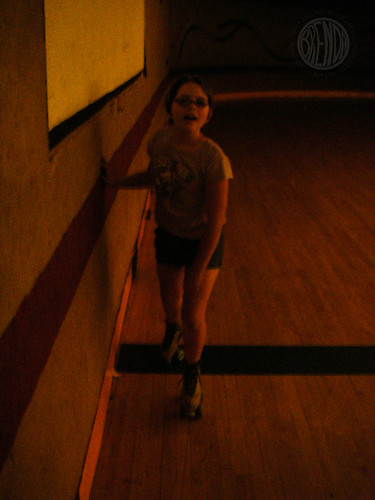 Just like I hoped, Rapunzel loved skating. She’d never been before so her first few laps were a little shaky. She caught on quickly though and before I knew it she was following the wall around faster and faster. We had the rink almost entirely to ourselves which is great when you are learning. 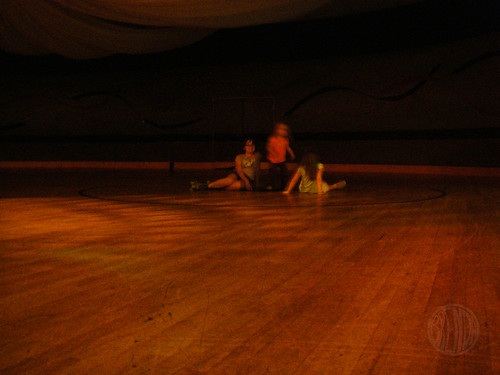 Back when I was a kid the skating rink was the hottest date in town. It was always so crowded. I don’t know how many times I ate it on the wood floor because some older boy clipped me with his skates from behind. Not this time though. We had all the space we could ever want and it was wonderful!

However, my niece SuperChic and Bug did NOT like skating. They took off their skates after one lap and spent the rest of the time running around the rink or holding my hand. I turned in SuperChic’s skates and got a pair for myself. I just couldn’t stand it anymore. All these flashbacks to the 80’s and I was eleven again. The music, the smell, the sound of old ball-bearings…it was just like being a kid again.

Well, except for the little kids who wanted to hold my hand and keep me from going around too fast. Silly kids. Bug kept saying, “I’ll keep you from falling, Mama.” When really all I wanted to do was soar around the rink with the wind in my hair. But it was fun being held back by them. It was fun to see them have fun too. 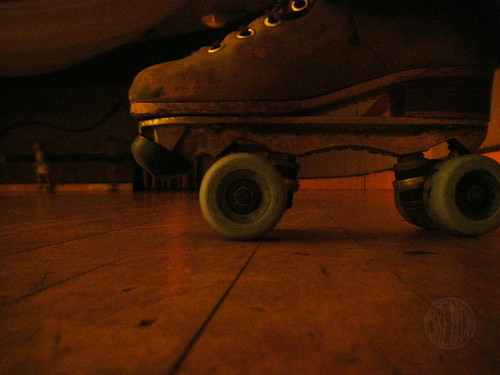 The guy behind the skate rental counter said the skates we were renting were the exact same skates they rented when I was a kid. They haven’t been upgraded since 1983. They are pretty much antiques, just like me.

I was actually a little afraid to skate at first. I know I’m not ancient or anything but I kept calculating how much more I weigh now and how much less rubber-like my bones are. My dad broke his arm roller-skating when I was a baby and the last thing I need right now is a broken arm. BUT! I did not fall. Not even once. I could even do my little spin-around circle trick still that I was so proud of back in the day. I never could skate backwards, so no ground lost there. 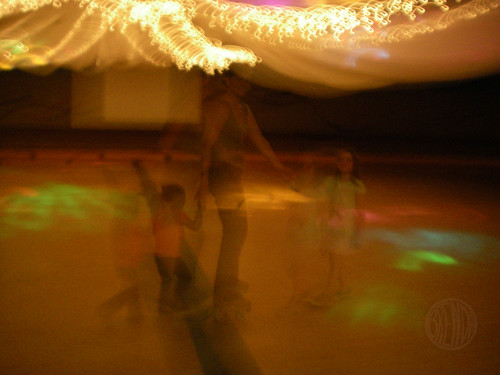 I really enjoyed myself. The big room was sort of stinky and hot (I don’t think the air conditioner has been fixed since 1983 either) but once I got up some speed, it was actually very pleasant. I could seriously see myself doing this once a week for a work out. It might get a little expensive but it sure was fun. Rapunzel says she’s up for it.