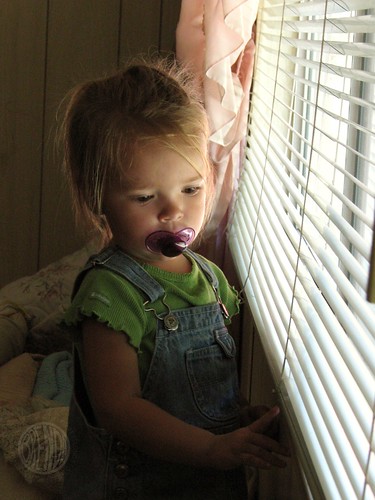 I’m out in the sticks for a few days and as usual there is something going on. Things are never boring around here. Let me qualify that: things are never boring around here for the adults. The kids have been bored out of their skulls but that’s another story. It’s not really drama that is going on, it’s just the typical chaos. Thus the name Camp Chaos which we changed to Camp Chaotic when we couldn’t get the URL for Camp Chaos.

How shall I explain this? How do I sum up my parents and brother in a quick paragraph?

Let’s just say that it is not uncommon for me to call my parents out of the blue and find out that situation A, that they spoke to me about last week in a desperate panic, has rapidly progressed all the way down the alphabet to situation Q. And usually the new situation (Q) is so much more of a panic than A, that they’ve already forgotten about the original panic from a week ago. Things just happen fast around here. The feeling of never knowing what is going on is probably the only constant.

I don’t know if you’ve kept up with the family drama of my brother moving out of my mom’s house and then back in and then back out and then back in. It’s not as bad as it sounds. My mom is often lonely with my Dad being gone a lot while he traverses the country as a trucker. Having my brother’s family live with her has its stresses but is also a great comfort.

Well, a few weeks back I called to chat about the regular stuff and I found out that my mom was moving out of her house and into my Grandpa’s small mobile home. My brother and his family are staying at her old house and paying the mortgage. Of course that’s the CliffsNotes version and there are a whole lot of other details but my big point of this post is to say that now my mom is moving into my Grandpa’s house. My Grandpa is moving into a rest home.

Have no fear. This post is not about my poor Grandpa getting weak and feeble and being forced to live in a home where they feed him mushy peas. Far from that. He moved into a place called “Camelot” that is not unlike what it sounds. Imagine Cinderella’s Castle at Disneyland crossed with cruise-ship living except it’s not pink and you don’t get seasick. He lives in a castle with grand staircases and turrets. There are even swords hung over a giant fireplace. He eats gourmet food prepared by a local chef and plays pool with the other grandpas that live there. The only thing missing are some princesses. Which of course we are happy to provide when we visit with the three great-granddaughters.

However, these places cost a pretty penny and my Grandpa is not a wealthy man. Getting him into this place has been a bit of a squeeze but with my Mom and Dad renting out his old house (mobile home on a decent lot) and some other relatives pitching in, it works. 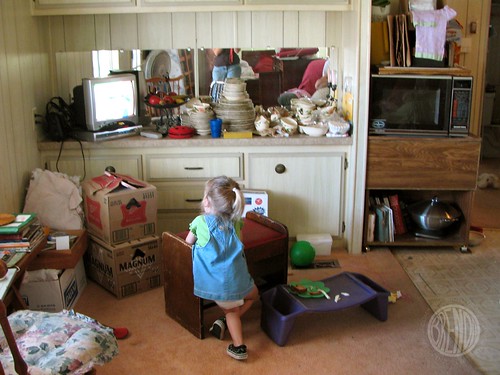 Today I am helping my mom and my sister-in-law move all my mom’s stuff into my Grandpa’s tiny mobile home. Nothing is fitting. It’s a big mess. My Grandpa didn’t really move his stuff out so it’s a jumble of old stuff and new stuff and pretty much stuff everywhere. (What’s new, right?) This is not good because when my Grandpa visits, he freaks out a little bit when he sees his family heirlooms stacked up willy-nilly along side my mom’s boxes and boxes of crap. I’m trying to help but it’s an uphill battle.

In the meantime, I’m finding all sorts of interesting things. 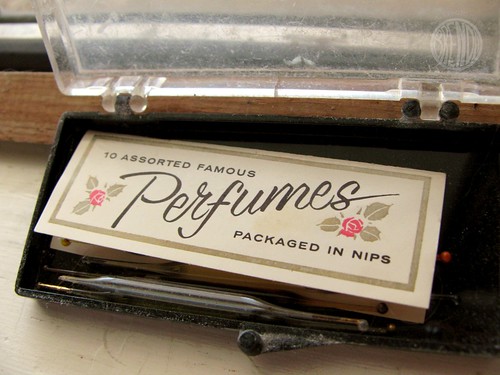 Perfume Nips anyone? No? 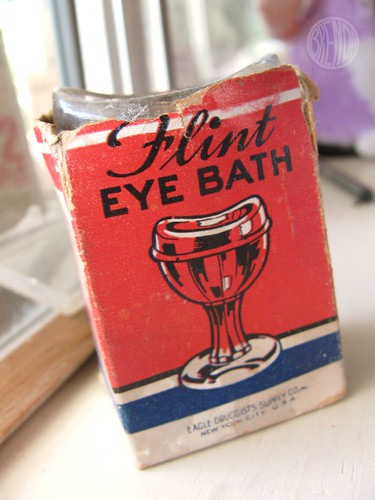 How about an eye bath?

Weird, weird stuff. I love going through old things for this very reason. I love looking at graphic design from yesteryear. But it’s also sort of sentimental because a lot of it reminds me of my Grandma who died several years ago. 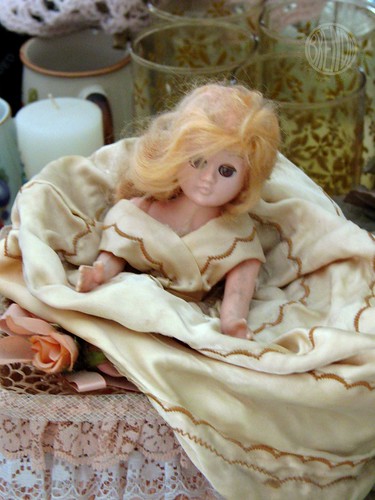 It’s not that I’m feeling horribly sad about this. I’ve had many many years to think about how much I miss my Grandma. I love looking at her old things and remembering good times we had together. She was an amazing woman and I still feel very close to her. I know she is in Heaven. But at the same time every time we go through a change like this, I’m just reminded of how time does not stop. 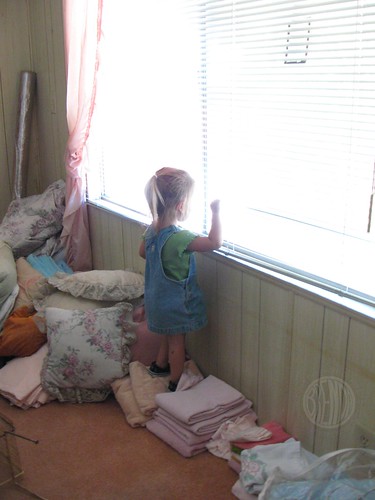 I think what’s got me down is my aunt. My great-aunt is also in the same retirement home my grandpa just moved into. He actually moved there so that he could take care of her. She was diagnosed with cancer a while back. Just yesterday she found out she has only six more months to live. This not a shock to anyone. She’s ninety-something years old and in a great deal of pain. We knew the cancer would take her sooner or later.

I guess I’m just sad about it because she is hopelessly depressed. She has holed herself up in her room and doesn’t want to see anyone. I don’t want to judge her. I don’t know what it is like to be nearly a hundred years old. I don’t know what it is like to have your body fall down around you and know that this latest pain is the pain that is going to kill you. Her memory is very bad. Her enjoyment of the day to day is probably next to nothing. But I’m sad for her. Even though I know she has her faith in God and her afterlife worked out…I would hope that she would want to live out every last minute. Why does she want to be alone?

I guess I can’t understand what she is going through until I get there. But I really do hope that I am surrounded by my family at the end and that I make the most of my last days. Is it wrong of me to be disappointed in her? Of course my family will honor her wishes to die alone. She deserves that. She’s almost a hundred after all. She can do whatever she wants to do. But it just doesn’t make sense. I hope when I am that old I will not feel that way.