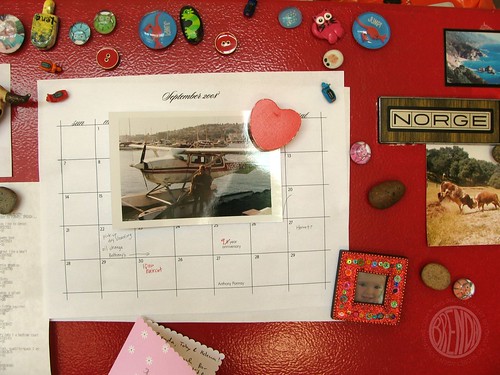 I’ve been lagging on posting my anniversary post for several days now. Mostly because I wanted that perfect photo to go with the post and since taking a portrait together didn’t work out, I had to think of something more creative. Leave it Toby to give me the inspiration for this shot.

It’s our fridge. Our Norge that I bought way back in 1996 with an old roommate. We bought it used. I’ve written about it before. It was an ugly mustard color but Toby and I painted it red. That was before we were married.

The other day, on our anniversary—the twenty-fifth to be exact, I commented to Toby that our refrigerator sure has held up a long time. We’ve had it for more than ten years and it’s only broken down once. He laughed and said something along the lines of how ancient it is, even older than our marriage. We got a good laugh out of that, thinking about how our marriage is still going strong after nine years just like a Norge.

I don’t know what it is about that name “Norge” that always cracks me up. It’s just so matter-of-fact and unapologetic. Like the name Marge or barge. It’s not glamourous at all but it’s good and sturdy like an old refrigerator built to last. Which is sort of like our marriage. 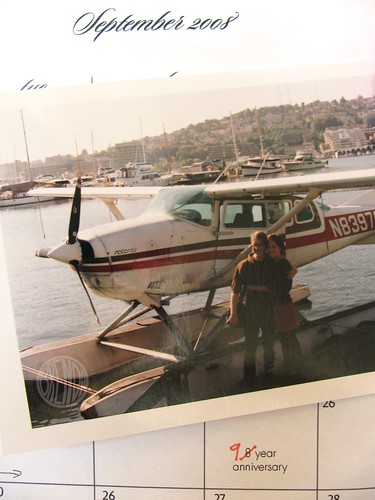 I can’t even believe it myself that we’ve lasted this long. It was rocky in the beginning. I expected a lot and was never happy. When I think back on it, I was a real pain in the neck. A whiney, bitchy, yucky person to be around. I complained all the time and was forever moping about how Toby didn’t hold up to my idea of what good husband should be. I never even thought about what would make a good wife. I was so immature. It’s a good thing I was a lot cuter back then than I am now because I don’t know why Toby would put up with me.

As time went on things got so much better. We talk about it a lot. We were so different back then, opposites really. It’s not that I’ve changed him (though I tried, believe me, I tried) or he’s changed me but we’ve both adapted to suit each other. I never saw it coming. It just happened. 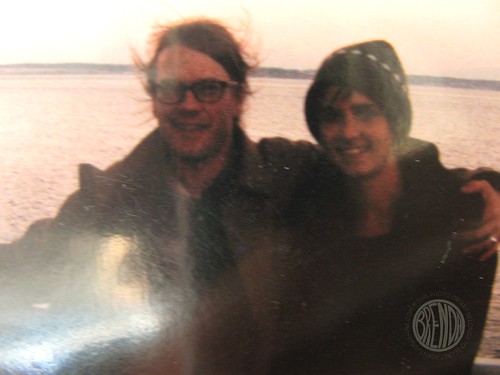 I think having Baby Bug was the turning point for me. I know that is sad considering that we were married for seven years before she was born but it’s true. I was always looking for a way out before she came along. I always secretly thought I could do better on my own. But once we had a kid, I stopped looking at the cracks and started trying to fill them for her instead. I don’t want to bore you with the lovey dovey crap but changing my perspective like that was exactly what I needed to do to be happy. 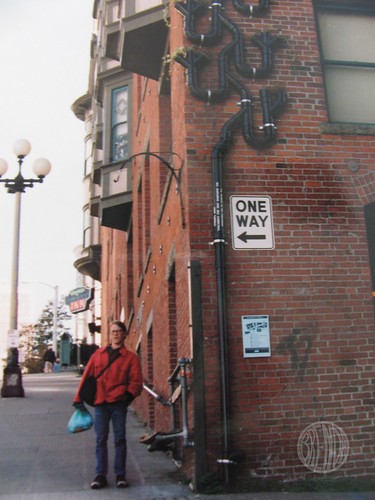 Now I’m so thankful. Toby could have been a horrible guy. I was so blind when I chose him. (Do you see those shoes?!! And skinny jeans were not in style in 1999. But please ignore this parenthesis.) I went from having all my decisions made for me by my very close-knit family to wandering blindly by myself, having no clue what decision to make. It was a scary time back then. I think I stayed in the relationship so long because I didn’t know how to get out of it.

It would have been nice if I had a more active part in the decisions I made back then. I remember going to a counselor during the months before we were married and going through boxes and boxes of tissues as I cried rivers over whether or not I should get married. I really didn’t know what I was doing.

But now, in hind sight, I’m glad I was clueless. I might have turned Toby down if I had a clue. I might have passed him over because he didn’t have a solid career or a plan for the future. He didn’t have a savings account, he had years of debt. He wasn’t from the same religious background I was from. He came from a broken home… He was a bad choice on paper.

But maybe there was some part of me that recognized that he is a good guy because now it’s nine years later and he is a the best father and a wonderful husband. He has a good job and a solid grip on where our future is going. Every day I’m more and more thankful I did stay with him. I love him more and more every year that goes by. 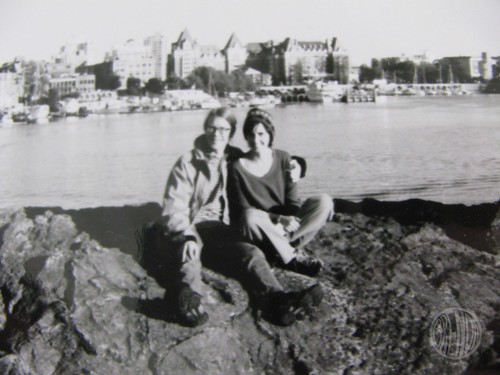 I hope we last for ninety-nine more years.