posted in guest posters on September 5, 2008 by SAJ 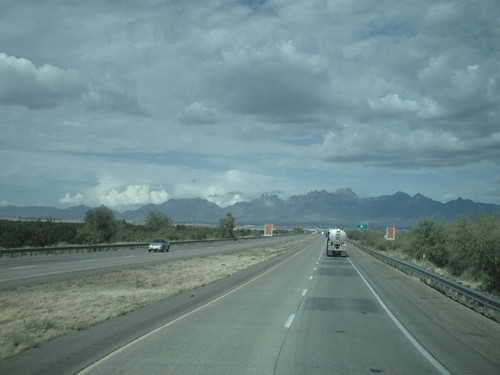 Here is another post from my Dad! Thank you, Dad!

I really enjoyed reading all of the comments on my last post! Thank you! Yes, we do go through Columbus Ohio. On Thursday morning around 7:00AM and then again Friday afternoon around 4:00PM. I will be happy to answer any other questions you have. For now I thought I would write about the Interstate.

When I worked for a year at our Fontana (California) Terminal, I was privileged to conduct a Map class as part of the two-day Orientation program. Even though I had driven a truck for more than ten years before that, I found I didn’t fully understand the Interstate system. There were several things I learned when I taught the Map class for the first time.

The Interstate as we know it today was built during the 1960’s, but the planning started with the Eisenhower administration during the 1950’s. However, the need for a nationwide road system was realized as far back as World War I, when then-Lieutenant Dwight D. Eisenhower was assigned to lead a convoy of war machinery and supplies from New York to San Francisco in 1919.

Can you imagine the frustration Eisenhower felt when he looked at the zigzag route he would have to take just to get from one city to another? In 1919 there was probably little in the way of road signs, or even printed maps showing where roads would lead. The cross-country trip took over a month! Eisenhower saw this as a serious national security issue and vowed if he was ever in a position of influence, he would do something about it. 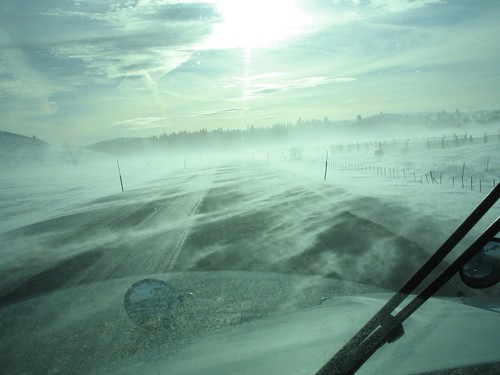 When President Eisenhower took office in 1953, the railroad system was well-established. Moving military equipment around by train had been fine when the only alternative was travel by horse, but Eisenhower recognized that modern trucks and cars would allow much faster movement of men and equipment than the railroads if only there were a better system of highways. One of Eisenhower’s first tasks as President was to create the committees that would oversee the creation of a national road system capable of moving men and equipment quickly and efficiently around the country.

It was a monumental task, designing a road system that would not only lead from a major city to another major city but would be able to convey a vehicle from New York to San Francisco or San Antonio to Minneapolis. Nobody envisioned the Interstate would become the backbone of our economy, moving goods from factories to local stores. The number of trucks on the Interstate today is almost mind-boggling.

One of Eisenhower’s problems as he made his way across America with that military convoy was that there was no consistent highway numbering system. When a motorist today drives on, say, I-80 they know that they could go all the way from San Francisco to New York, and all they have to do is stay on I-80. In 1919, that was not the case.

Which is why one of the most important features of our Interstates is the numbering system. It was recognized early on that a numbering system must be well-designed in order to have consistency throughout the country. I am amazed at the insight the planners had when they planned it out. If you know the system, it will help you travel around this country.

All cross-country Interstates are numbered with a single digit (I-5) or two digits (I-80). If the Interstate has three digits the highway is always associated with a metropolitan area, like I-270 around Columbus, Ohio; I-635 around Dallas; or the I-695 around Baltimore. (More about that later.)

Atlanta is an interesting city. There are three major Interstates intersecting Atlanta: I-20 runs East/West through the city; I-75 runs Northwest/Southeast; and I-85 runs Southwest/Northeast. The planners arbitrarily called the loop I-285.

Mile markers are another interesting feature of the Interstate. Did you know that federal regulations require Interstate exit numbers match the nearest mile marker? Until a few years ago, Pennsylvania and Georgia and maybe a few other states numbered their exits in order. The first exit was Exit 1, the second exit was Exit 2, etc. California is the last state to comply with federal regulations requiring exits to have an exit number that reflects the mile marker. Except that California doesn’t have mile markers! Oh, we have Mickey-Mouse county mile markers that number from one county to the next county, but that is totally confusing for even a seasoned truck driver. All the other states have mile-marker exit numbers. We all wonder if California will ever have actual mile markers. 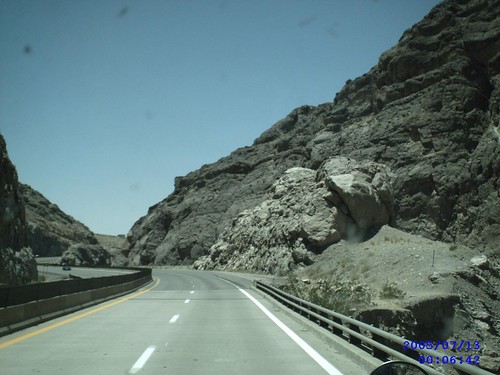 Next time you drive on an Interstate, you might know a little bit more about it. I hope this has been informative and not boring!