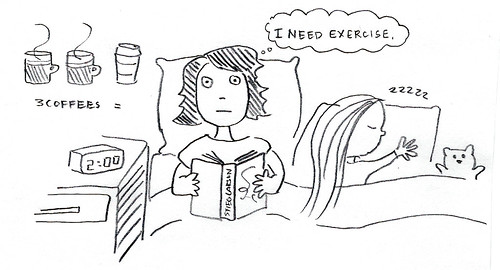 This is me at two in the morning. I have very weird sleep habits. I go to bed at eight pm. Why? Because I’m tired! Bug and the day wear me out. So when I put Bug to bed, I read her a few stories and before I know it my eyes are closing and it’s night night for me too. I really want to stay up until ten or midnight like the rest of the adults but I don’t know, I’m just too much of a morning person and I run out of steam when the sun goes down.

However, my body doesn’t need 12 hours of sleep like Bug’s does so I pop back awake at two in the morning. This is especially bad when I drink too much coffee and get no exercise. When I lived at the beach I walked everywhere so I was physically exhausted and could stay asleep until at least five in the morning. Out here, not so much. I’m cutting down on coffee (of course) but I’m also trying to figure out how to fit in exercise. It’s been a challenge. The neighborhood is not really the walking kind and well… it doesn’t take much to discourage me when it comes to working out. 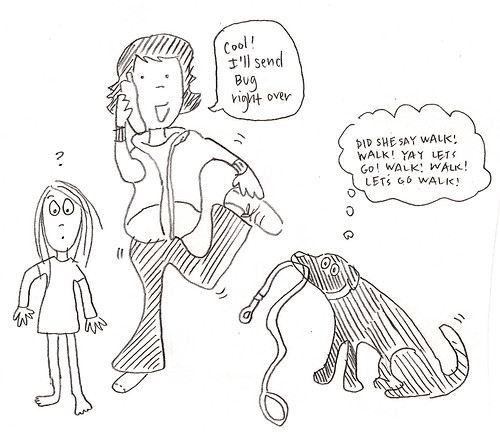 I thought I had a plan. I was going to take Holly, the dog, on a long long walk early in the morning. That would be great for her (we usually take her on short walks just down our street) and for me because she’s a big scary black dog who will scare all the bad guys away. I called my mom and was all ready to send Bug over to my mom’s house to watch cartoons while I got some exercise. 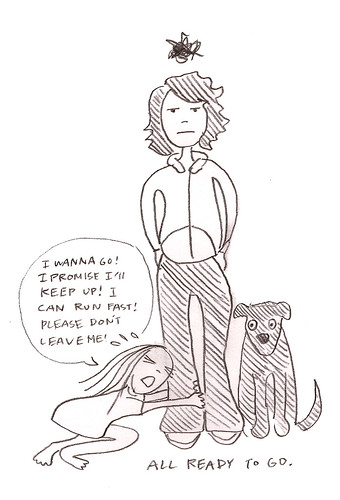 Except Bug didn’t want to be left out. She loves working out. You know she does The Shred, right? She does it more than I do. 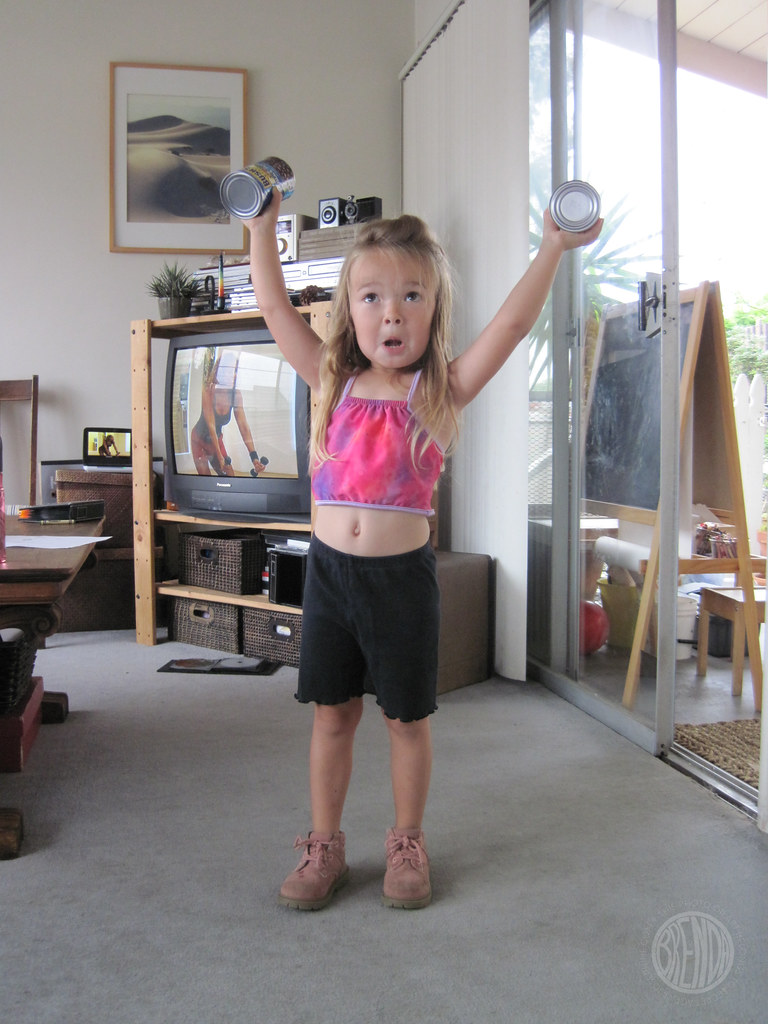 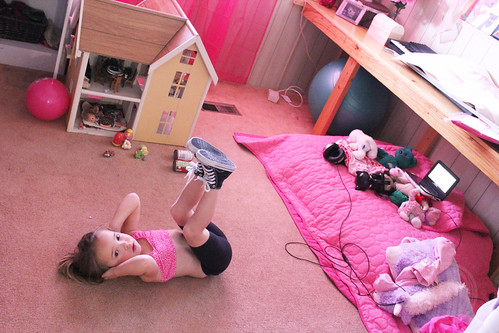 She puts me to shame.

So anyway she was having none of this walking dog business without her. Before I knew it she was off in her room changing into a workout outfit to match mine. I gave in and let her come with.

Biggest mistake ever. Never take a kid on a long morning walk BEFORE breakfast. She might be shredded and spend two hours a week doing ballet and gymnastics but she does NOT like to keep up with me when I’m walking, especially when she is hungry, tired and bored. We walked about a half hour and I spent nearly all of it trying to get her to keep up with me. It was mental workout not a physical one. I miss my stroller. (I left it at the beach with Toby. It doesn’t travel well.) So I’m back to square one.

Jump rope anyone? Or maybe some shredding in the Pink Princess room? 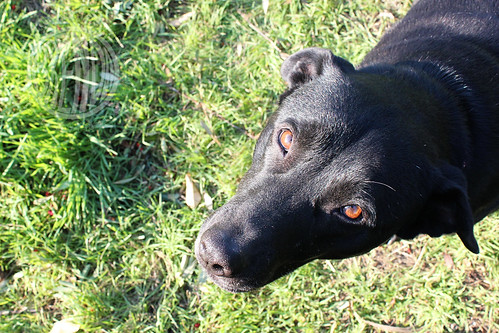 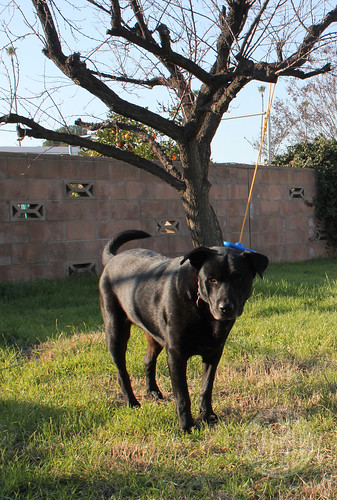 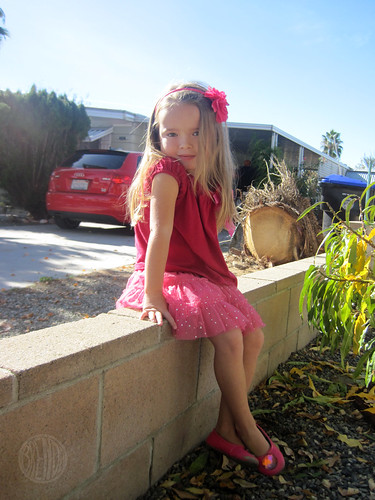 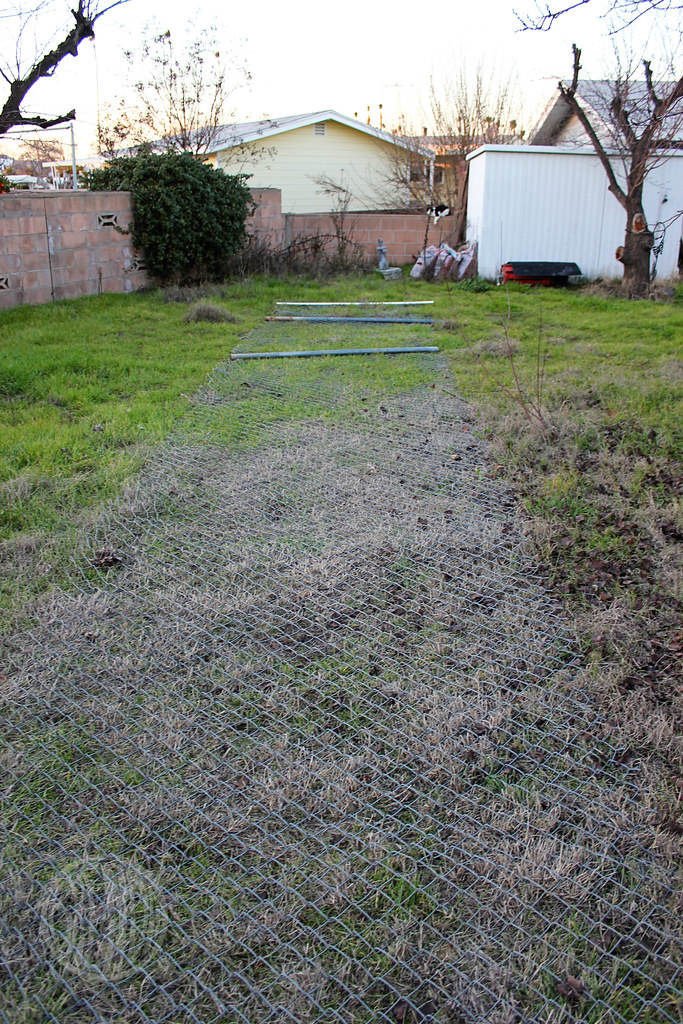 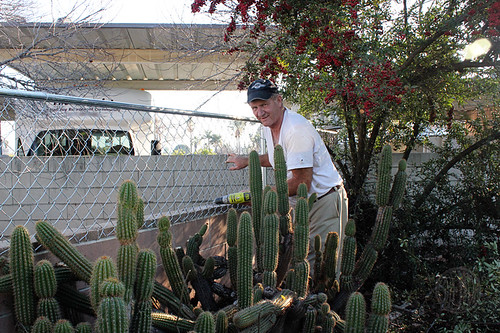 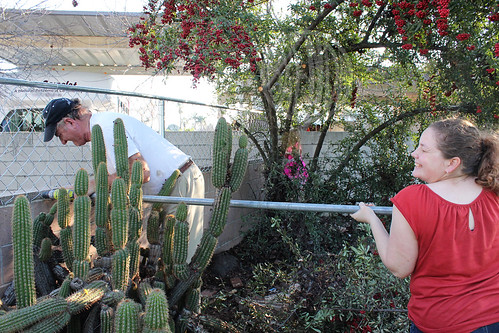 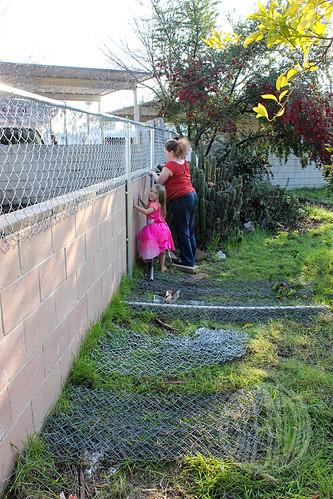 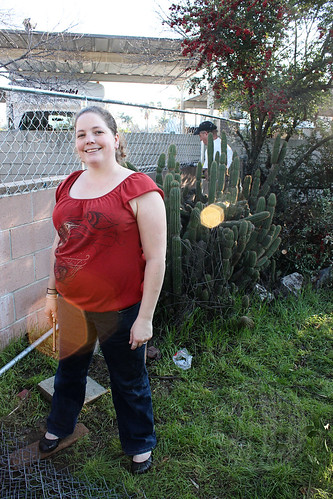 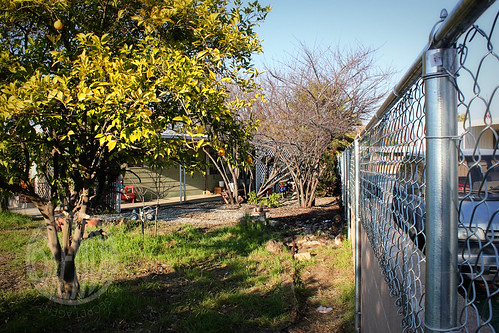 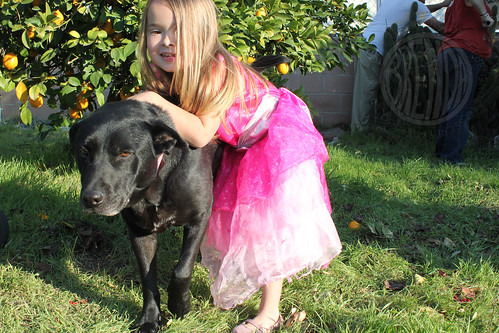 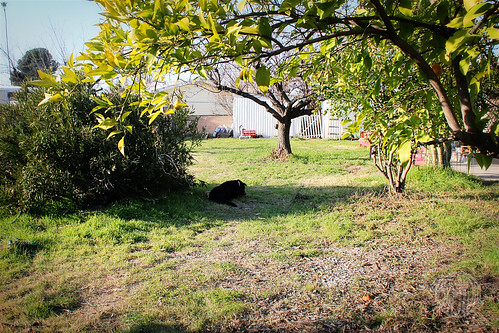 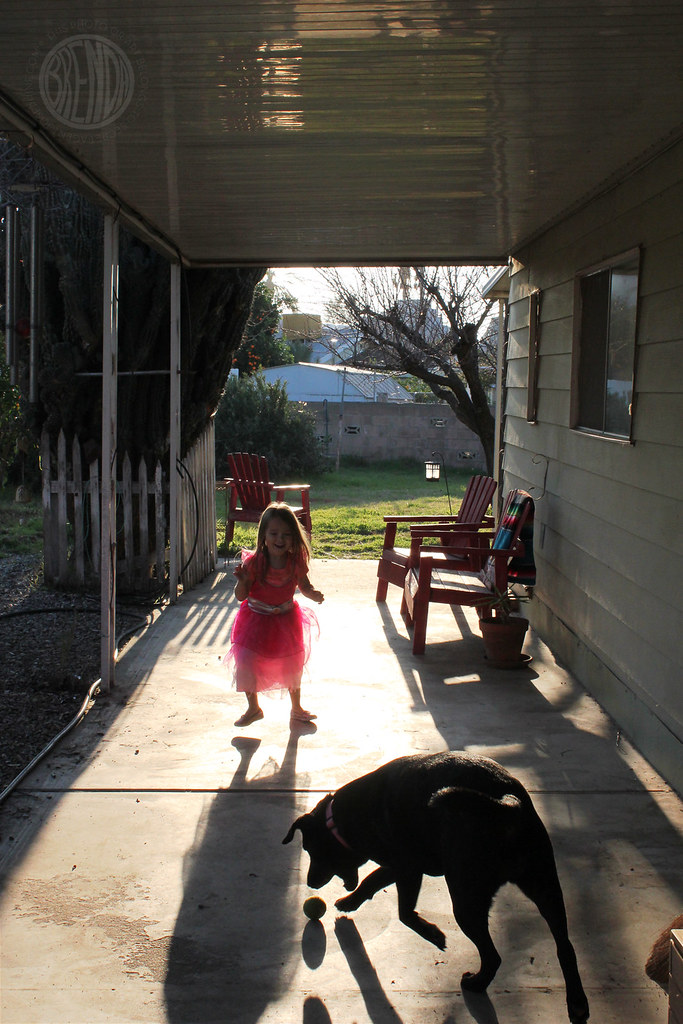