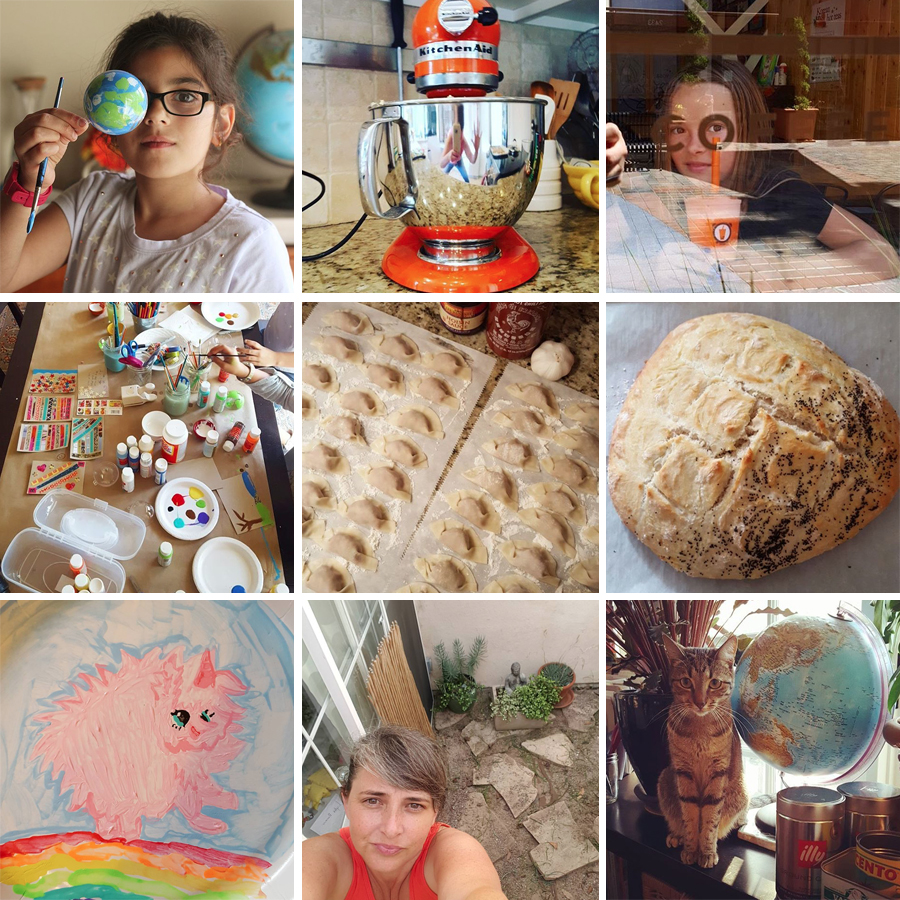 If you ask me what I’ve been up to lately my eyes will glaze over while my mind struggles to bring up a directory of activities. I know a lot has been going on but I can’t really say what it’s been exactly. Work, kids, puppies…I guess that pretty much sums it up. If you have work, kids and/or puppies you probably understand the glazed over spinny-ball look in my eyes that eternally says, Please hold. You also understand why my eyes have dark circles under them and my yoga leggings are covered in a thin layer of white fur. 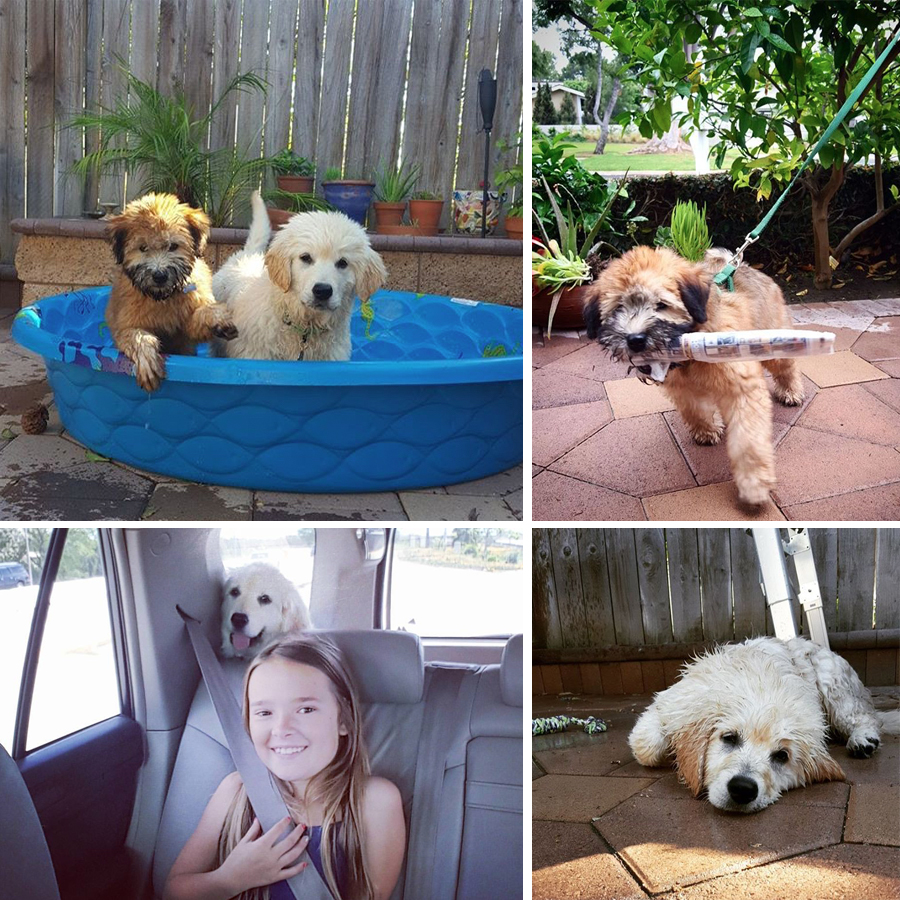 Payam and I were lamenting the other day that we sure didn’t realize what a ninety-degree-turn the puppies would take our lives.  We knew it would be complicated but really? Really?!! Were things going too well? Did we have to turn it up this much?

Everything good in life takes work. Just like babies, the stages are fleeting and I have to remind myself to appreciate them while they last because someday I’ll be looking at big lazy grown dogs and I’ll pine for the days when they nuzzled my neck with their wet noses and chewed on my hair. One of these days they will not greet me with their whole mouth open.

I really shouldn’t complain because they are both super sweet dogs. Cody is slow and patient and super adorable like a big dopey oaf of a dog. He’s not as quick and crazy as Whiskey, or as emotional, but he’s bigger so when he jumps up he knocks things over and makes a bigger mess.  He loves water and regularly sleeps with his head in his water bowl. His paws are giant and he makes big wet sloshy footprints all over the house. He loves to eat and is ruled supremely by his stomach.

Whiskey on the other hand is a bit emo. He will pout and whine if things don’t go his way. His tail is super expressive. If he’s happy, it flies at full-mast like a flag for everyone to see. He trots along on walks with it stuck straight up in the air like he is king of the world and everything is going his way. But when he’s sad, he puts his nose down and looks up at you through his messy hair just like a punk kid with long bangs. His eyes are strangely human-like (when you can see them) and sometimes it feels like he’s reading your mind and judging you. But then he’ll pop up and run around like a squirrel going batshit crazy and I guess that means he’s forgiven you. He loves games and will taunt and tease Cody until they have a lively brawl going.

We often get mad at Cody for picking on Whiskey because he’s bigger but if you watch them carefully you see that Whiskey actually instigates the play and he fully deserves any take-downs that Cody might give him. Oh puppies… 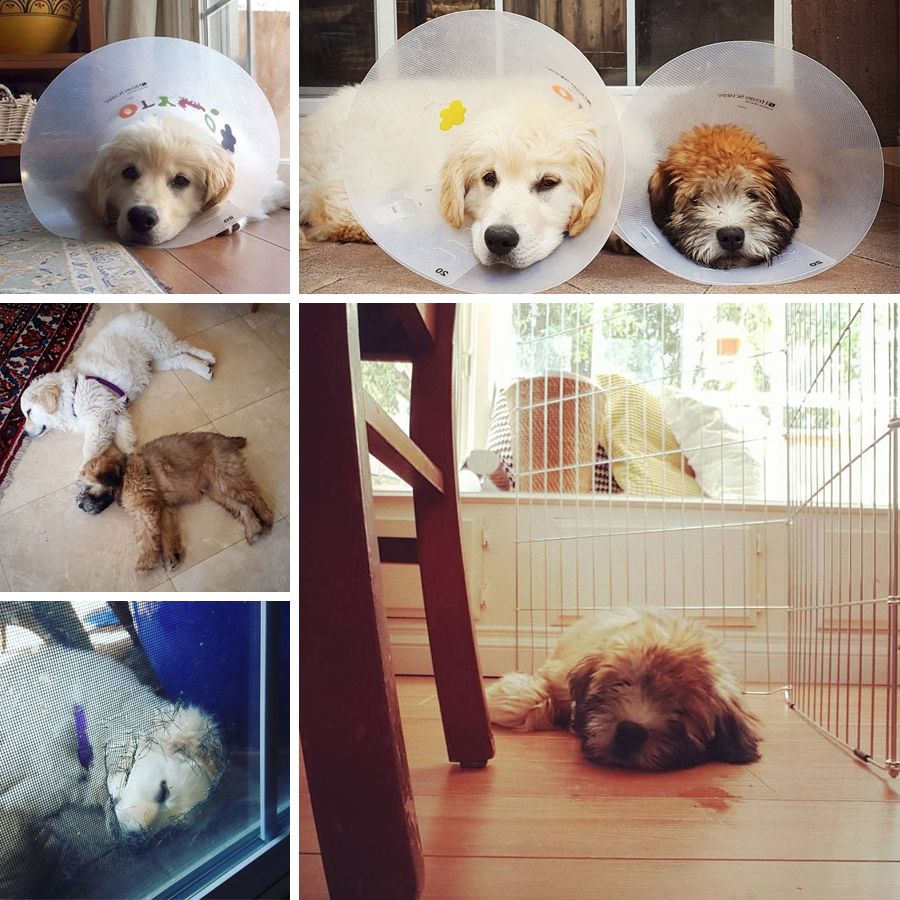 This is all very challenging because they got fixed this week. We were going to do one puppy at a time but then when we realized it might be easier to get it all over with with one fell swoop. Two dogs with cones is better than one dog with a cone when it comes to evening things up.  It’s been a bit like Medieval Times at our house with endless cone-head jousting going on. The poor things.

They have giant lampshades on their heads and no sense of depth perception. They hit things like walls, water bowls, couches, my legs, each other at 100 miles per hour and it’s amazing they have not shattered their cones to smithereens. Cody has cracked his cone on the edge and I have a feeling Whiskey is not too far behind. I can’t believe they have to leave these things on for fourteen days. I’m hoping the vet is like the doctor counting drinks and when they say fourteen days, I’m hoping they really mean seven. 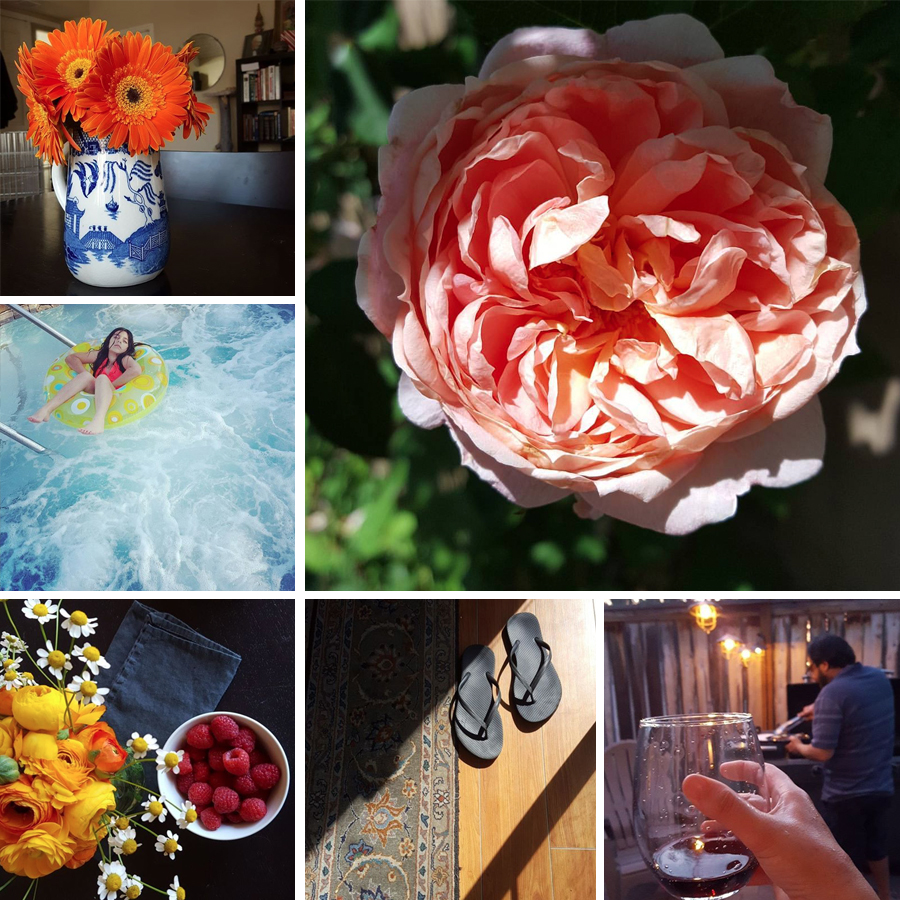 Spring is here or it was, I should say. Last week it was really warm and  I took a bunch of photos with flowers.  I have to say I am loving the jobs I’ve been getting lately for photography and styling. I think I will soon be able to ramp it up and buy a professional lens that actually focuses in low light. 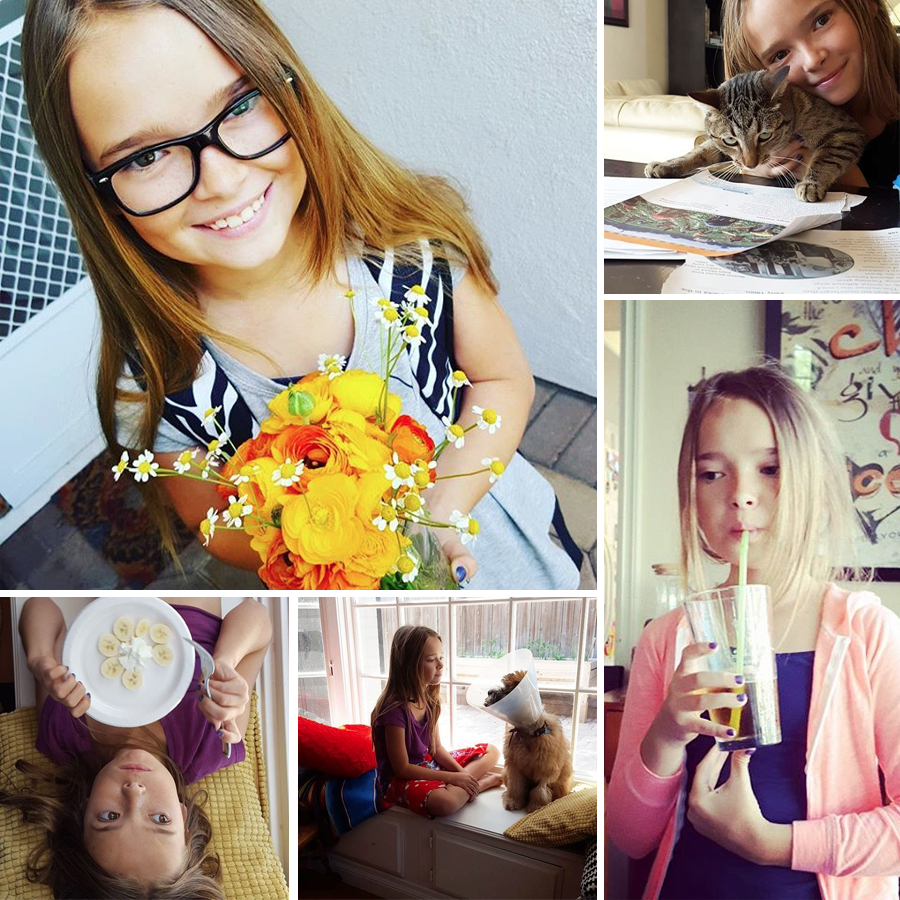 Bug has some sort of stomach virus for a week now. She’s not been able to keep food down since Monday and she’s lost three pounds, which on her is a lot. Her knees are knobby and her hip bones stick out more than usual which makes me worry of course. The doctor said not to worry unless it lasts for more than two weeks so we’ve been giving her anti-nausea medicine and attempting to keep her on the BRAT diet. We’ve been picking up her homework from school daily and in between waves of nausea she’s been in pretty good spirits, getting things done. It has been nice to have a little person around the house but I miss the old smiley Bug. I’m sure she’ll be better soon.

Anyway, I just thought I’d check in and wave. (Hi Gingermog!) I often have daydreams of writing daily and getting back into my old swing of blogging (I miss it.) but I don’t want to promise anything and set myself up for failure. I have been going to yoga nearly every day for about five months now so that’s a huge win for me but, like usual, I only manage to keep at most four or five balls in the air at one time. Right now my five balls are: cooking dinner regularly (yay!), puppies (arg, I’m so tired!), kids (yay! except the sick one which is boo, sad.), yoga (arg, I’m so tired.) and work (yay! I love my job[s] when I get to them.). Any more than that is likely to throw off my balance.

I do like a challenge though so maybe I’ll try to get back here once a week. If only for my own personal record not because any of you are hanging on my every word.  (Puppies, snore! Yoga, snore! Cooking, snore! Kids, hmmmm…I can’t really write the funny stuff because that’s *so embarrassing mom* when you are nine and ten.

All for now! xo 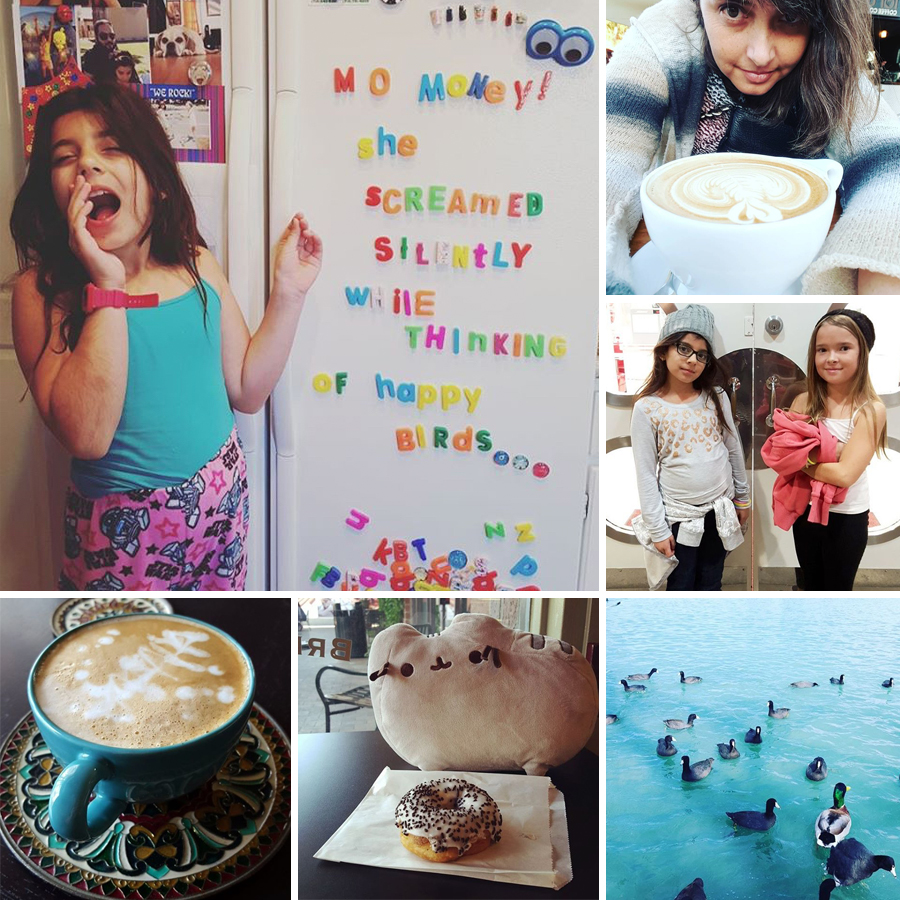 Yes, I admit it. I’m only blogging because I illustrated a new banner for March and I desperately want to roll off that last old moldy post from February. One post in the whole month of February? What’s up B!! I don’t know.

I honestly don’t know how to answer what’s been going on with one neatly tied-up blog post. Work has been busy and exciting. Nothing I can share right now but you should see my work popping up elsewhere on the internet soon. The girls have been good.

Bug is struggling in school, particularly with math and that is taking up a lot of real estate in my mind right now. Does anybody know a good tutor? I’m hopeless at helping her. I hired a woman to come by once a week but we won’t meet with her until the week after next and I already feel like it’s too late because fourth grade is three quarters of the way over already. I know Bug is smart and she’ll pull through but life has just been really challenging for her lately. 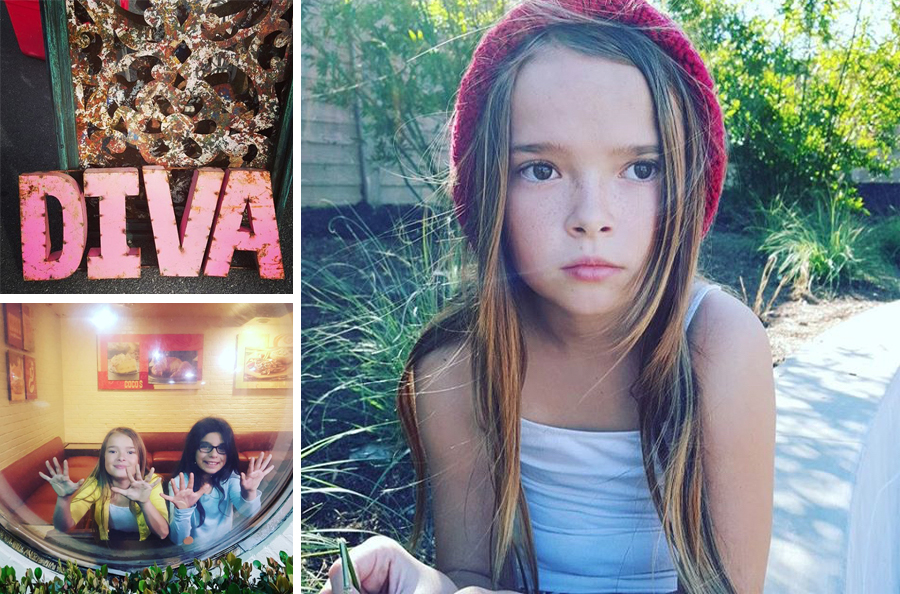 A few weeks ago my parents rented a campsite in Doheny Beach and we met them for dinner two nights in a row. There really is nothing like dinner right on the beach on a school night. The weather didn’t cooperate but it was still magical. I really loved being with my family, doing the things I remember doing when I was little. Camping is deep in my blood. 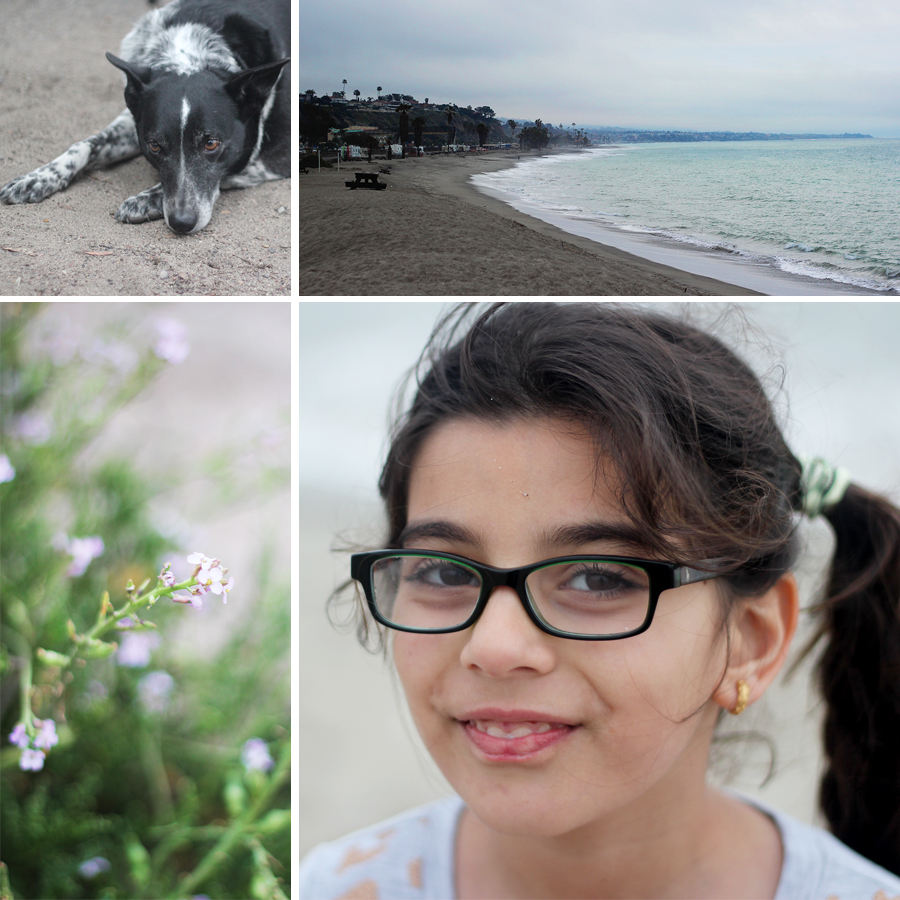 Joon loves being a part of my family and my parents have taken her in as their own. I think they were always disappointed in me that I only provided one grandchild so an extra kid is a welcome addition. 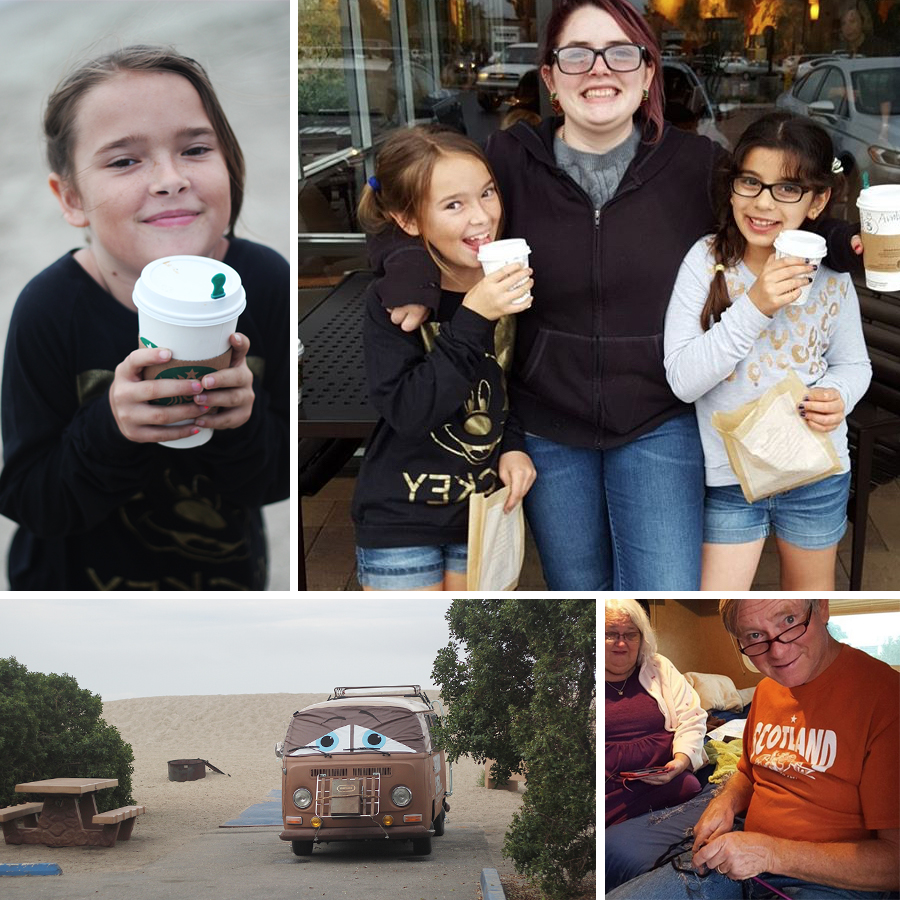 Joon fits right in like she does everywhere. She is naturally outgoing and gregarious and everyone loves her. Naturally, Bug is jealous of someone cute stealing her limelight.  I’m trying to be careful with Bug’s feelings while at the same time gently pushing her embrace having a little sister. It’s been a push and pull. Most of the time they are thick as thieves and they get along great but then Bug will lash out with rudeness and it’s lesson after lesson after lesson in exercising kindness, which is exhausting. If you’re the praying type, maybe you could pray for Bug and her growing pains. 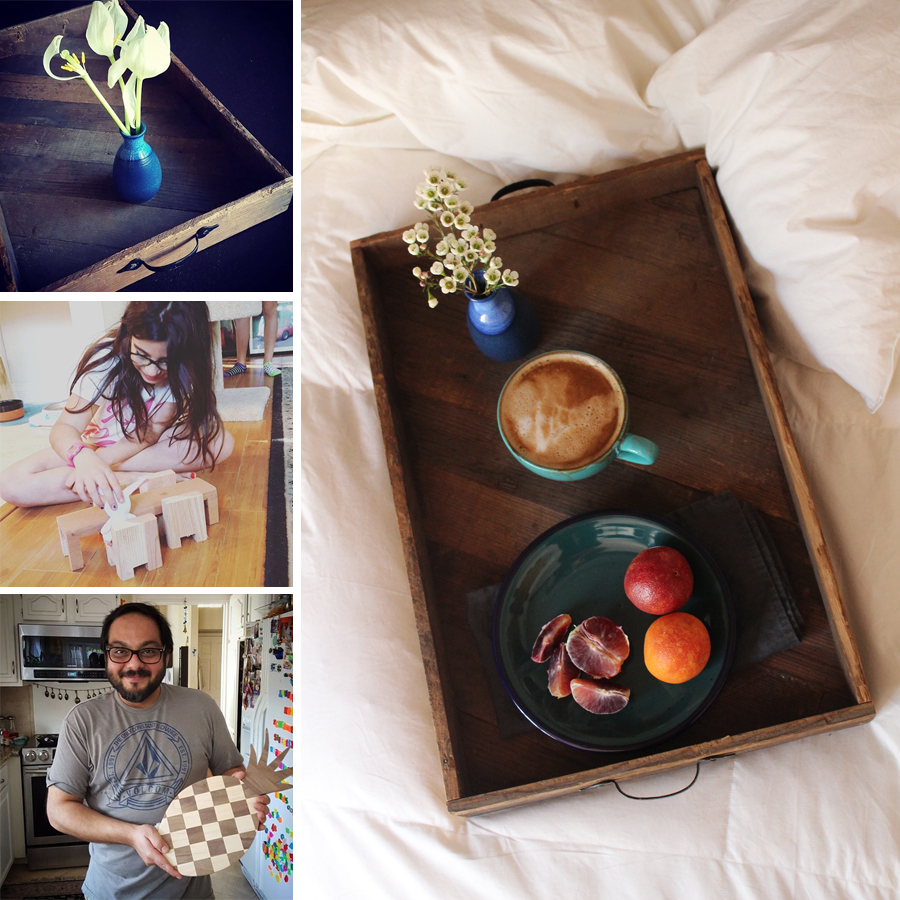 Payam has been busy woodworking. I can’t give you the link to his Etsy shop yet but it is in the works and promises to be very exciting! 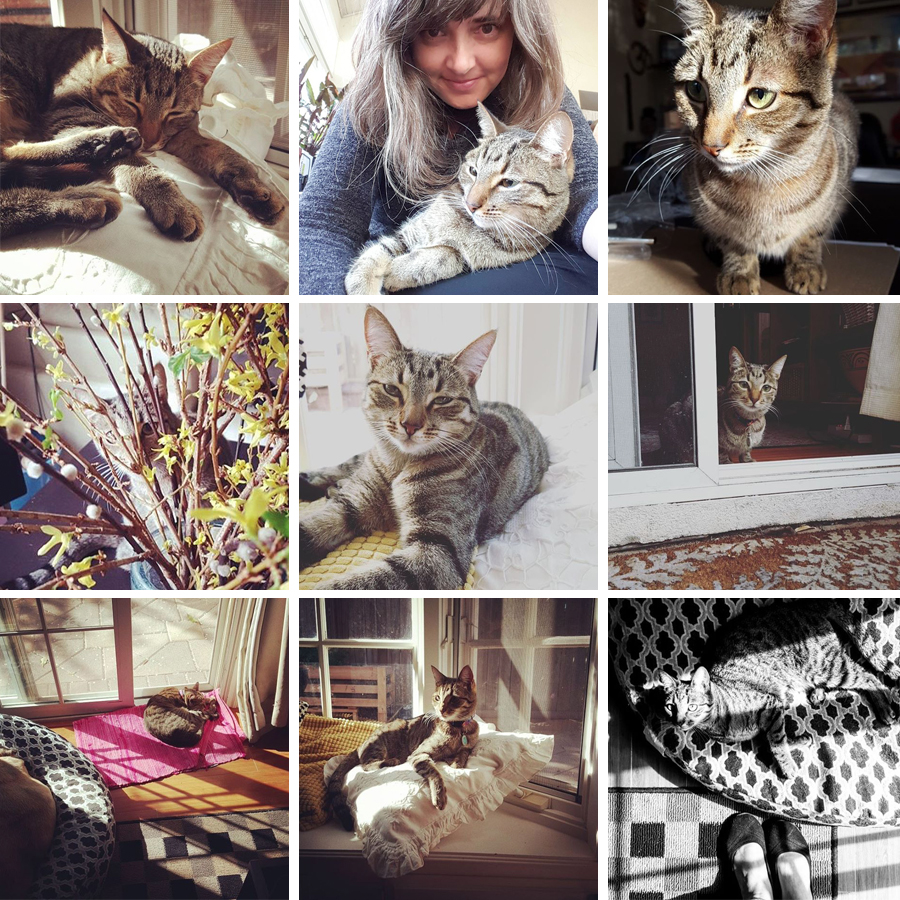 Lucy the cat is helping with missing my cats. I do see them every week when I drop Bug off at Toby’s but it’s not the same. I’m so happy they have a loving home. Toby has fallen for them hard which is really really great. But I can’t say I am not jealous that he gets to have my cats. It’s a good thing that Lucy is adorable to help me not miss them so much.

Wow. What a downer post. But please don’t think things are bad. They are really really good. Good enough that I have been able to take myself out of survival mode and notice the little things.