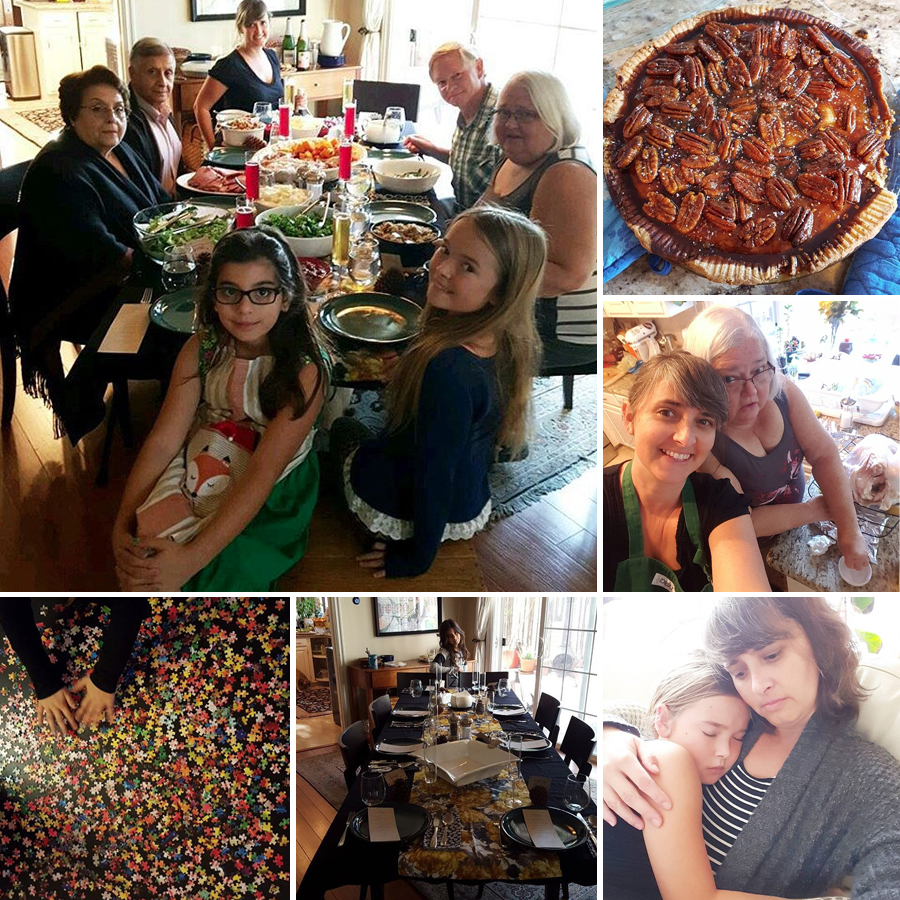 The holidays are half over!  I love and hate this time of year.  It feels like September was yesterday but if you blink too long, it will be February already and time to start thinking about doing taxes. Blah! But I do love the festivities and coziness of winter. I just wish I could slow time down a little. Summer lasted forever, why can’t winter?

Payam and I hosted thanksgiving together for the first time. It was a really huge, big deal because my parents got to meet his (mom and uncle, his dad passed away a long time ago) for the first time. I knew they would like each other, they’re roughly the same age, same interests etc.. but they come from vastly different religious and cultural backgrounds.

I was actually way more nervous about cooking than I was about everyone getting along and to compensate I made way too much food. I really wish I had bought about three extra card tables and invited all the neighbors over too (or at least Lubna’s family) but that would have put me over the edge probably. Next year, if we do this again, I’m inviting twice as many people.

Everything went well until the virus that Bug had been fighting all week decided to take up residence in her throat and make breathing difficult for her. She’s never had any problems with breathing before so I was a little at a loss of what to do. She made it through the night and we stood in line at her doctor’s office first thing in the morning. Along with everyone else with sick kids after thanksgiving. I’m so thankful for the doctors and nurses who work on holidays. They really are a selfless bunch. 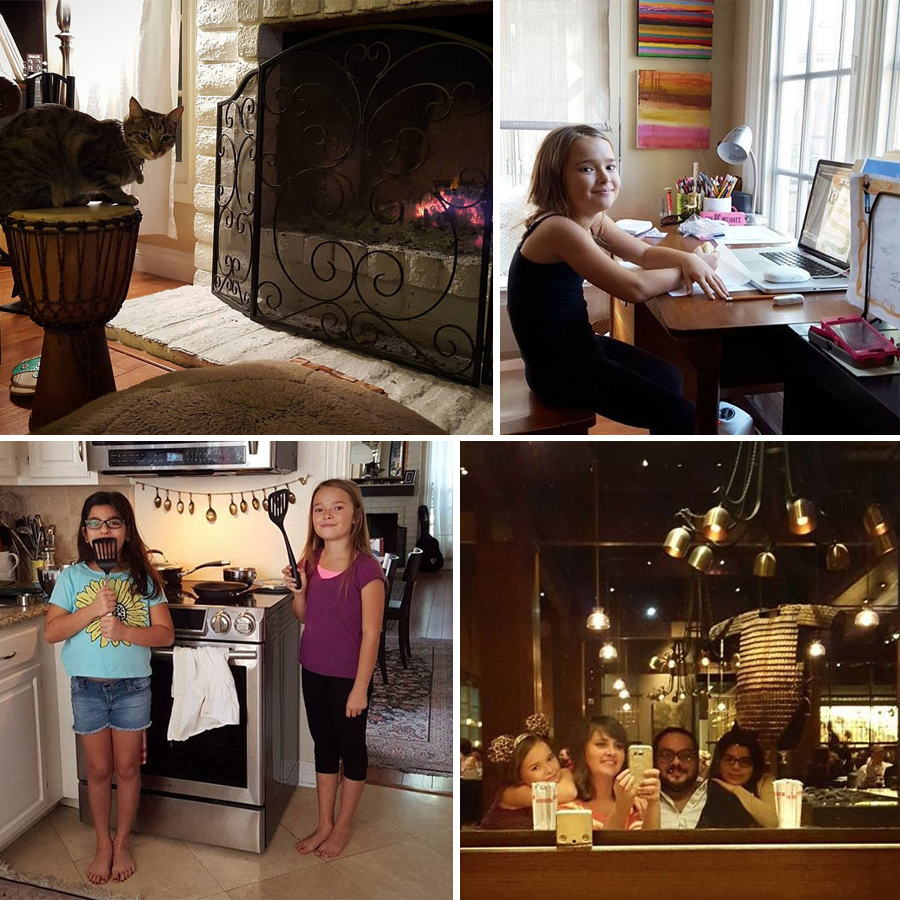 After Bug was loaded up with an antibiotic and some breathing treatments she got better quick. So we spent the rest of the week really enjoying not having to go to school. 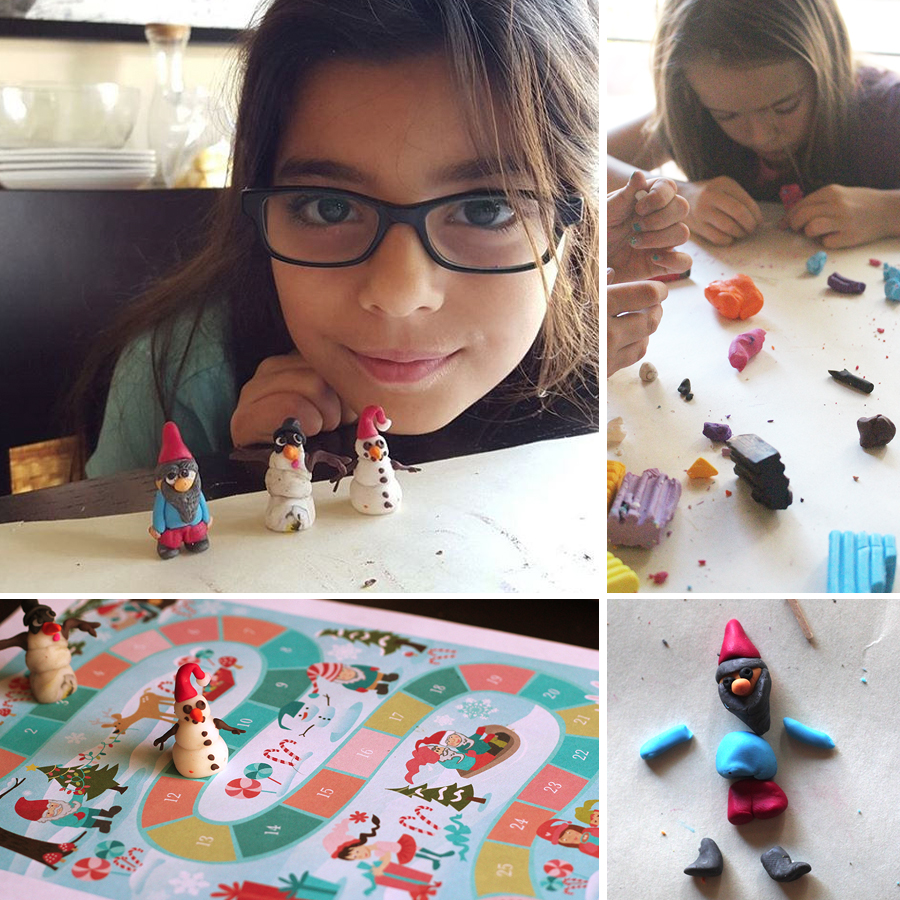 The girls and I worked on an advent calendar game that I made for Alphamom. It’s actually a pretty fun one so you should click over and print your own copy. We made little polymer clay figurines of snowmen and gnomes. Bug made a tree with blue bark and pink leaves that looks like some kind of raspberry bush. It was good to be crafting together.

As Bug gets older it’s been more challenging to get her to craft with me. She still enjoys it but she doesn’t like being told what to do or how to pose for the camera. I can’t say I blame her.  But because of her unwillingness I’m always looking for other kids to craft with me and then that makes her sad too because I’m giving all my attention to someone else. But them’s the breaks, right? Parenting is never easy and learning how to not be an only child is always going to be challenging. We’ve had some growing pains lately but I hope she looks back on these changes as good changes in the long run. I think she will.

In other news, I’m thinking of hosting a crafting/painting party. If anyone local is interested, email me and maybe we can set up a date!

AND!!! I finished my SAJ 2016 Calendar. I just need to get toner for the printer so I can print a copy and post some photos. Come back tomorrow (or the next day) for a calendar download! :)