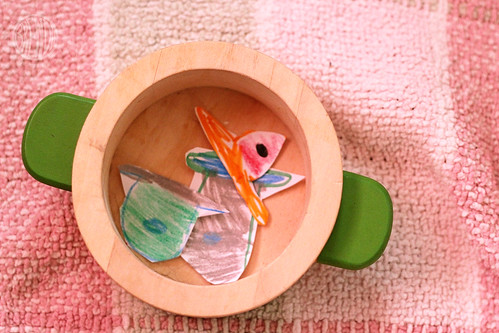 Bug is a pretty imaginative child. I can’t believe I used to fret that she would not be creative because I was always making things up for her. There was a time when I thought she would NEVER learn how to play by herself. It was exhausting. Well, that is not a problem anymore. This kid comes up with the craziest games and stories for herself. I want to say I couldn’t make this stuff up but that’s not entirely true. I probably could make stuff up like this but I didn’t and it’s awesome. 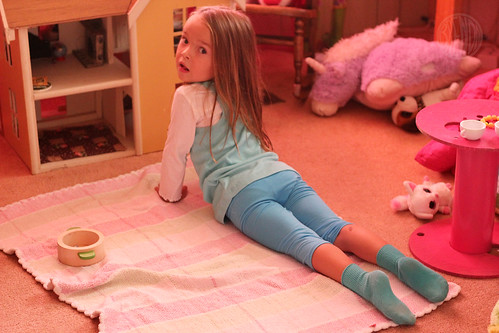 She’s a dolphin. Can’t you tell by the blue leggings and white flipper arms covered by a blue tank top? And of course the blue sock flipper tail. That’s a dead give away. Dur! 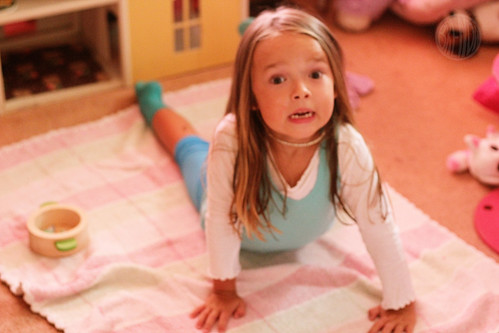 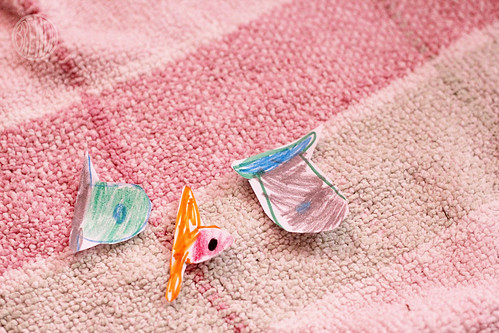 She even made her own fish food. 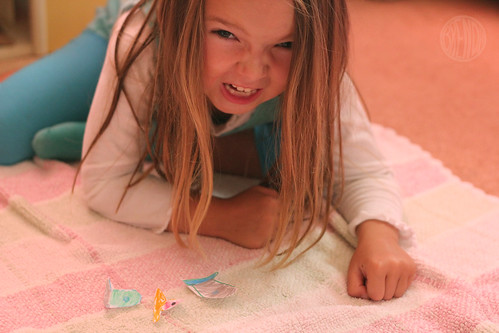 Poor little fishies are going to be devoured by the voracious dolphin. 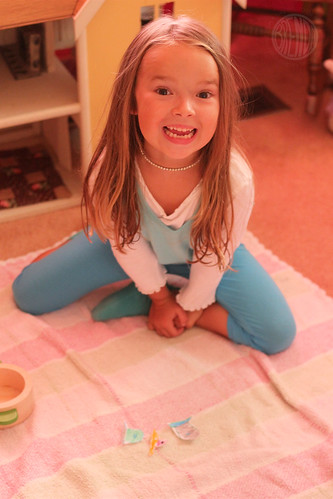 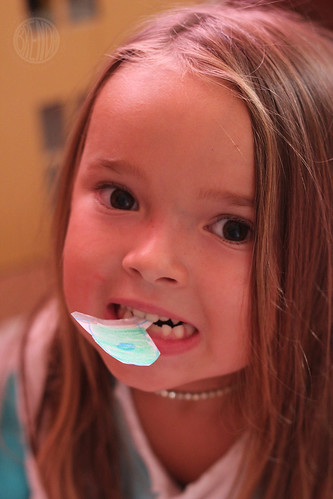 She also does tricks for her food. 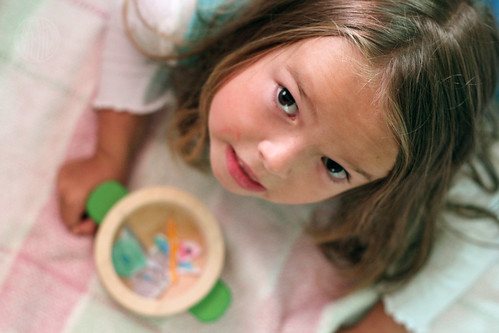 And she’s very trainable. I just need to train her to clean up her room afterwards.