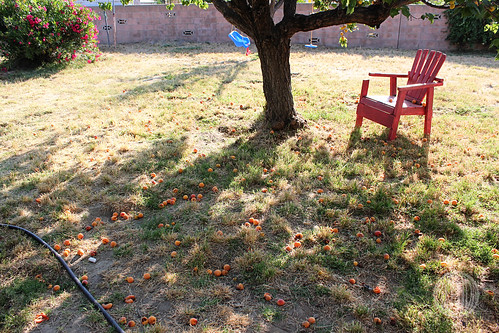 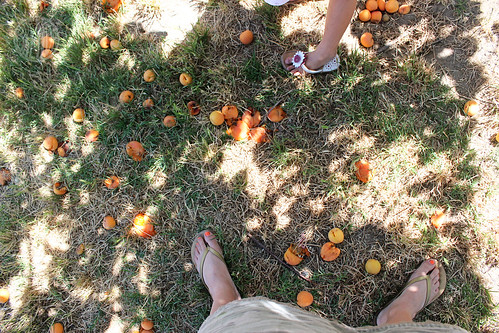 Hooray! I didn’t spend all spring paying that water bill for nothing. It was time for me to cash in on some yummy orange fruit! 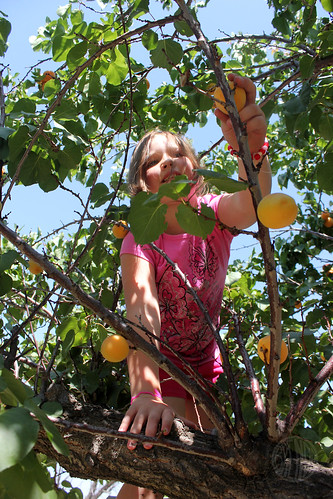 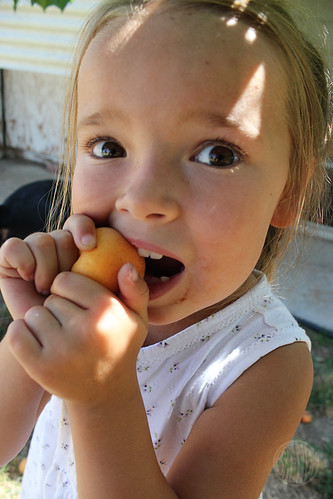 While I went to the store for canning supplies, the kids picked whatever they could reach and Rapunzel, my oldest niece, got a ladder out of the shed and picked the higher-up ones. They left some yellowy-green ones for later. 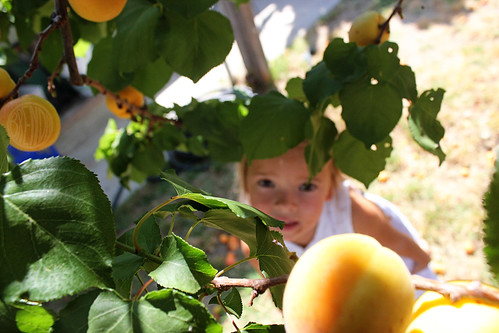 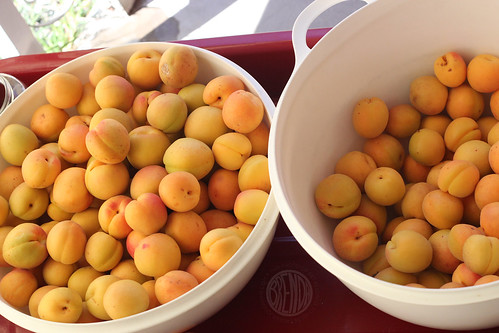 You can’t just let these babies sit around and draw fruit flies. Nope. They have to be canned, into apricot jam specifically. 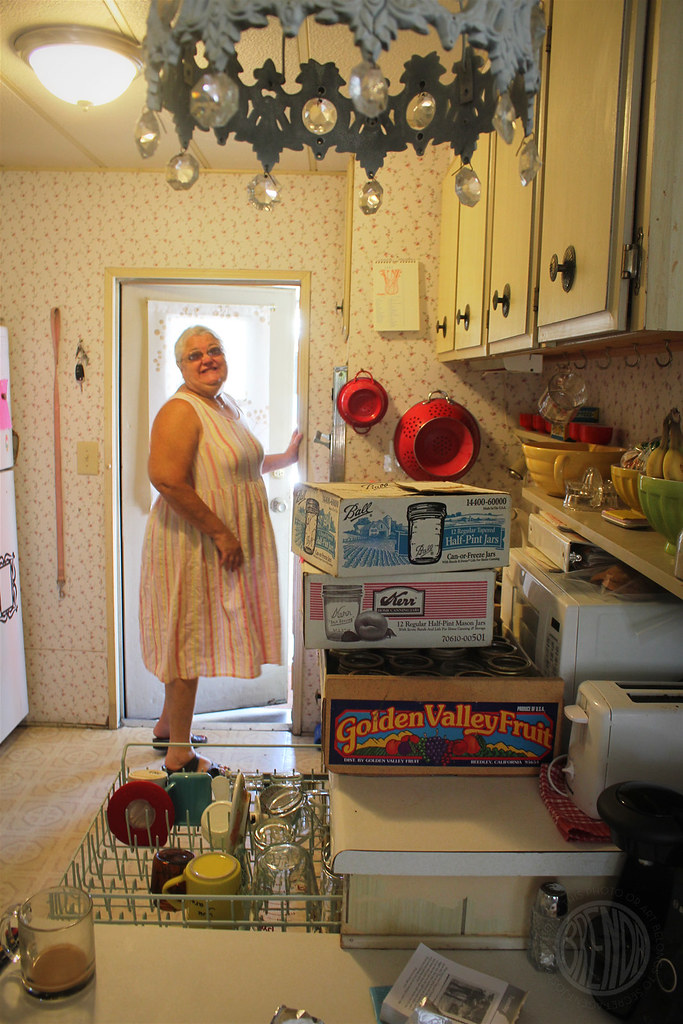 This is the face you make when you know you’ve got a big ugly mess ahead of you. It’s canning day. 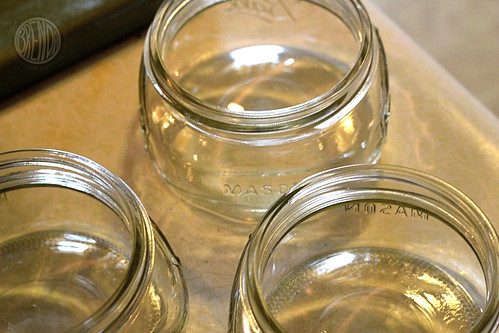 My mom did most the cooking. I just cut up the apricots. Boy, did they smell good. 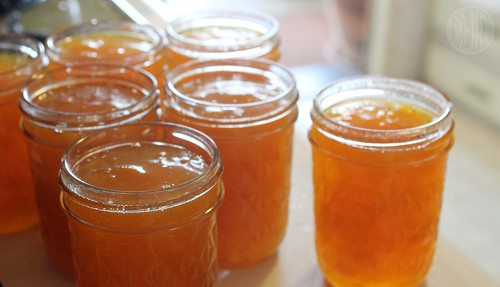 I love the smell of fresh hot jam. 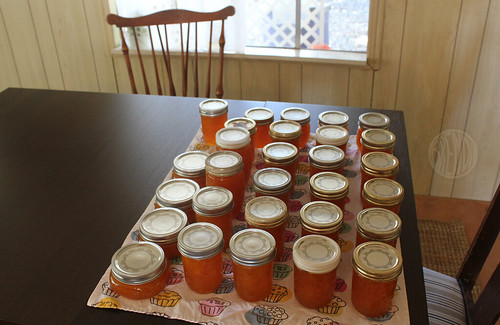 We made 29 jars of jam which is a lot. Four batches. There are more apricots left too but I think I’m done with jam. My mom’s talking about dehydrating the rest but I’m going to let her do that at her house. 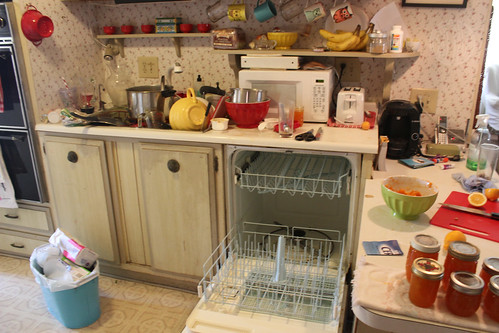 I’m done with messiness for a while. Phew! 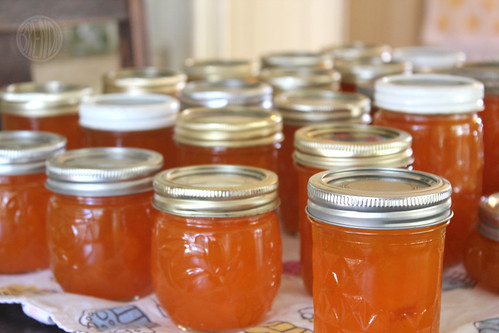 It was worth it though. TWENTY-NINE JARS! Christmas presents, DONE. Now I just need to design some kind of cool label for them and maybe invest in some kind of big round paper-punch. There’s no way I’m cutting out 29 circle stickers like I did for the Marmalade. No way. 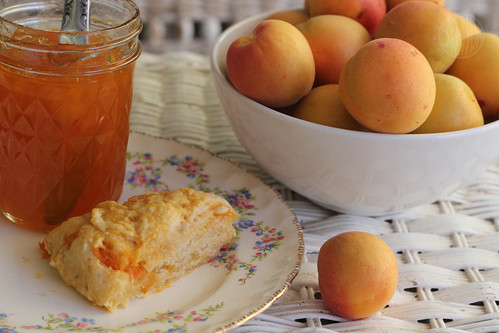 I did make some scones with some of the leftover cut-up apricots though. I just used my lemon scone recipe and added apricots instead of zest except I added a lot more than 2 tablespoons. They turned out super dense. Kind of like an apple fritter without the glaze. Pretty tasty really. You might want to stop by if you’re in the neighborhood.

I’m really digging this rural living. What’s next? Tomatoes, I think. Salsa anyone?