posted in Family Matters, Niece-com-poops, party party on May 22, 2010 by SAJ 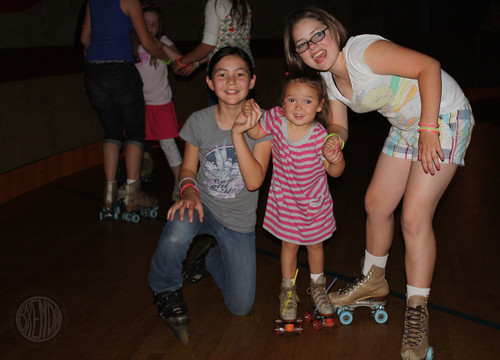 My niece, Rapunzel (no, that’s not her real name), turned twelve yesterday and we celebrated by having an 80’s flashback party at the local roller rink. We didn’t wear old prom dresses and rock out to Depeche Mode (which I would have liked) but we did have a really good time skating and acting like a bunch of tweenagers. It took me back to my own tween days. Like totally. 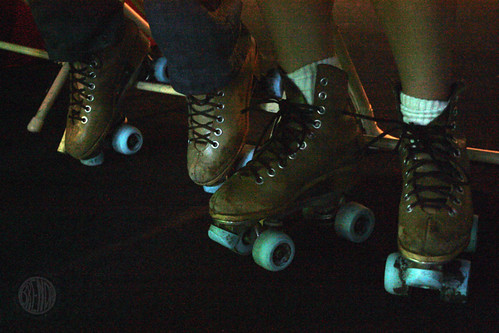 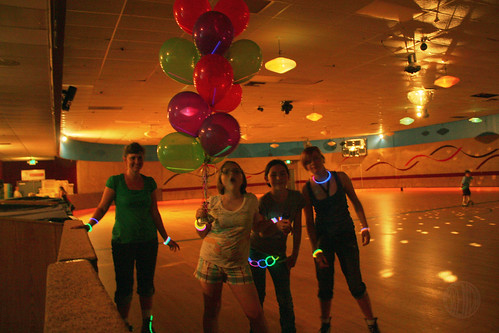 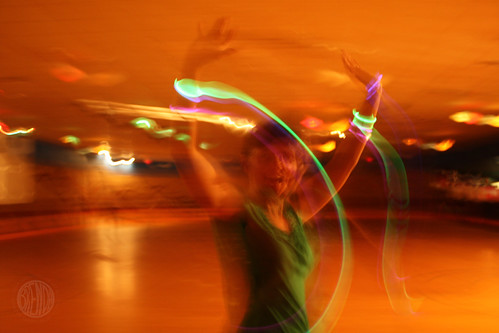 We broke out the totally tubular glow bracelets and waved them around like we really didn’t care. I don’t know if glow bracelets were popular back in the 80’s. I sort of remember them at Disneyland…but they were super fun in the semi-darkness of the skanky skating rink that probably hasn’t been painted, re-carpeted or vacuumed since the 80’s. It’s such a dive. But we love it because of that. 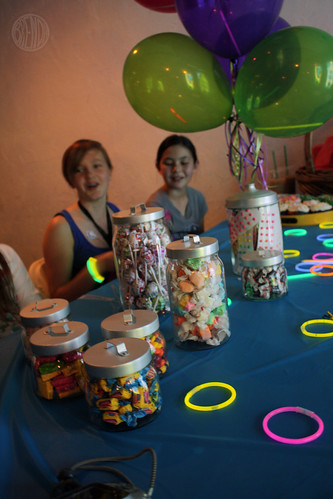 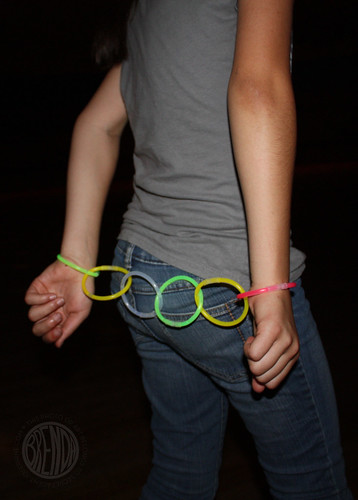 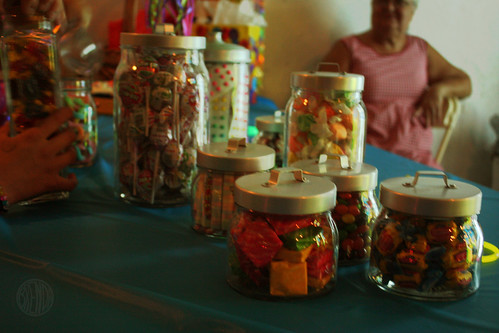 The candy bar from Bug’s Rainbow Birthday made an appearance with some old school Now and Laters, candy dots and blow pops. They never go out of style. 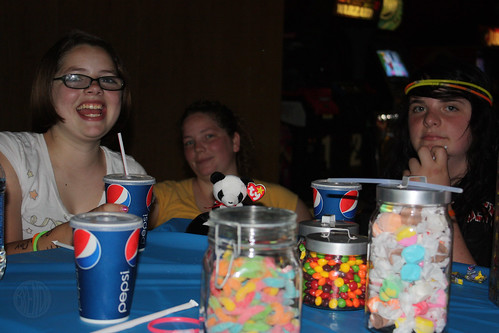 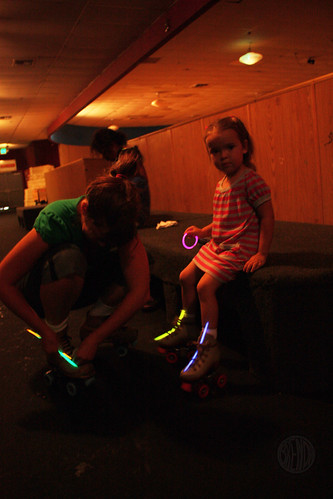 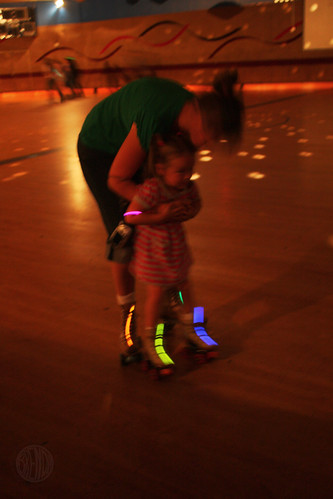 Bug even skated a few laps with real big girl skates that actually rolled—unlike last time where she trudged around with wheel-locked skates. I need to take her more often so she gets the hang of it. I tried really hard to hold her up and push her around but it was murder on my back. I guess I’m not really a tweenager anymore. 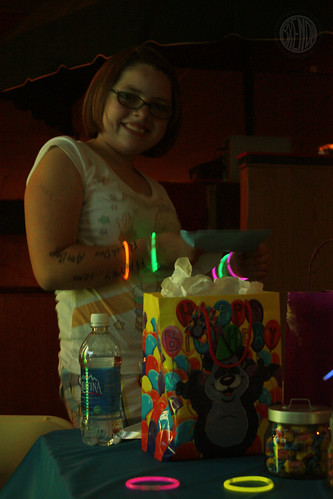 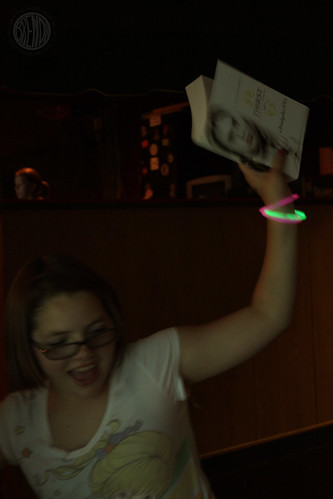 Rapunzel opened presents and we ate technicolored cupcakes that CC made by the light of a nearby coke machine and our many many glow bracelets. 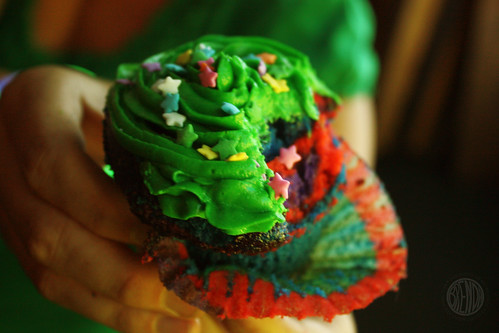 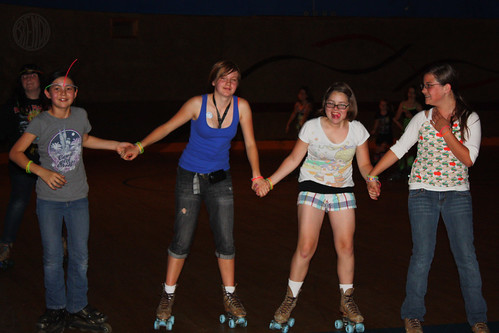 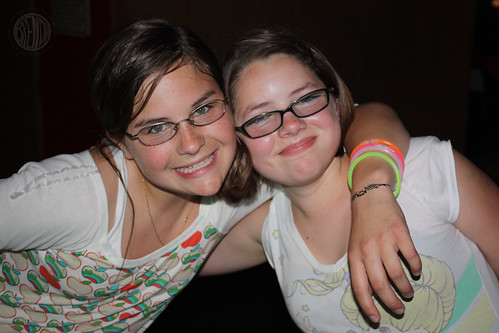 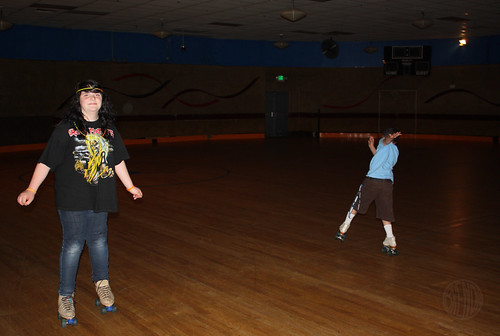 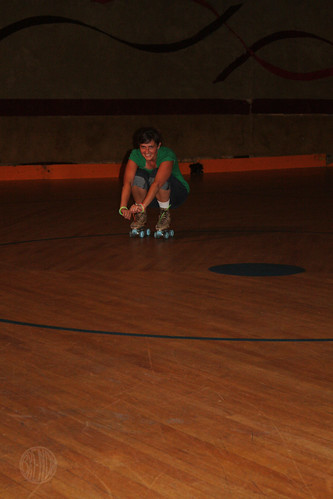 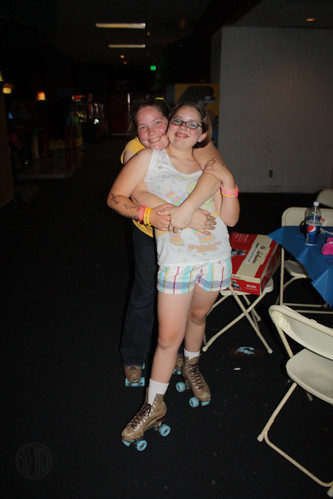 And then we skated, skated, skated until we smelled like sweat-balls from the 80’s and they turned the lights on and kicked us out.