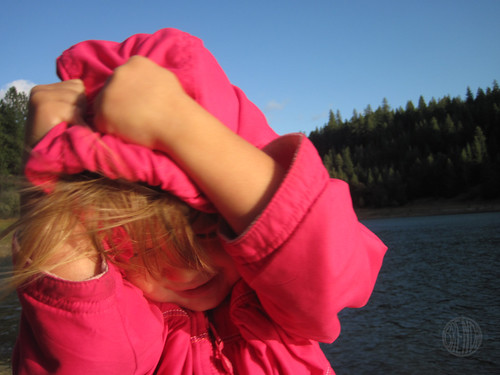 The next day we filled up our van to the brim with groceries. Toby was hungry when we went shopping and since he was paying I let him pile on the food. We spent a small fortune. But since staying at the cabin is free and usually we fork out several hundred dollars in hotels, it was still a savings. We bought everything: meat, potatoes, veggies, chips, cookies, cheese, marshmallows, candy… We had enough to feed a small army. I think Toby was hoping we could feed several batches of relatives during our stay but most of them had to work during the week. 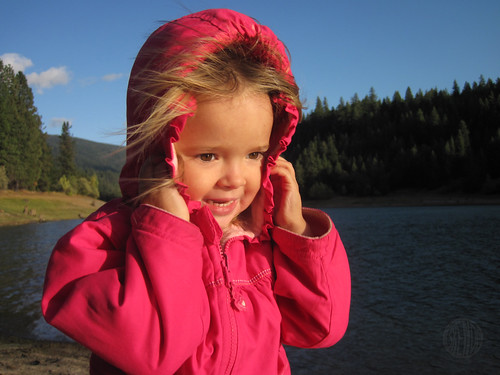 When we finally got up the mountain to the lake it was late afternoon and quite WINDY! Woo, it was cold! Bug and I took a quick peek at the lake and got a few shots before the sun went down behind the mountains. When the sun goes down and it’s cold, you can quickly feel like you’ve been left forsaken on the dark side of the moon. We skedaddled back to the cabin as fast as we could and hovered by the camp stove to get warm.

While Toby swept the cabin of mouse droppings and cobwebs, I set to work unloading the groceries and getting a pot of spaghetti going. Uncle George was with us and he occupied Bug while I cooked. Later that night Toby’s sister Kim and her husband and kids stopped by. We all had dinner together and then bundled up for the night. There were several air mattresses and sleeping bags stuffed in the various rooms. Everyone found a place to crash and that’s exactly what we did.

The next morning it was still quite nippy. It looked like we missed summer by a week and our vacation, which we’d been looking forward to all year, was doomed. So much for swimming and lying in the sunshine by the lake. Cards anyone? 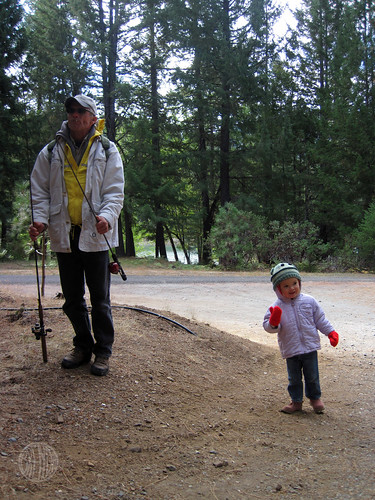 We bundled up anyway and headed to the lake to maybe catch at least one fish before Uncle George and the rest of the family had to get back to their work and lives in town. 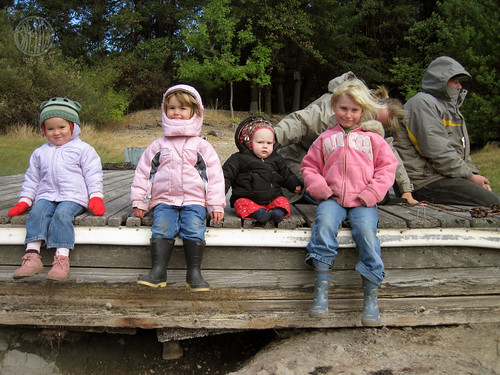 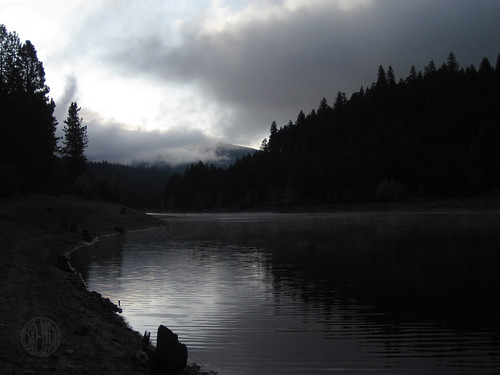 Even when it’s cold the lake is still beautiful. Especially in the morning when the mists rises up off of it. I could take pictures of these landforms for years. Maybe I will. 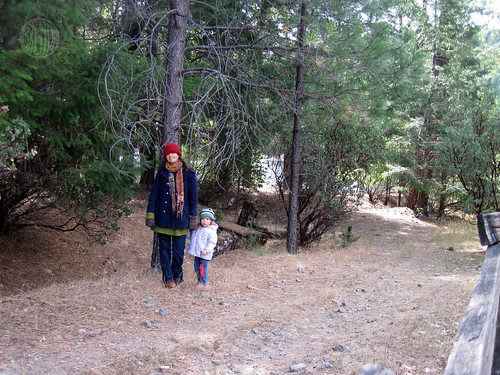 It was too cold for the baby so Kim and her family packed up and headed home. Uncle George hung out with us for the rest of the day. We didn’t last much longer at the lake though. When the wind kicks up it’s not that much fun no matter how beautiful it is. Uncle George had to go back to work eventually so we sadly said farewell and braced ourselves for a very long, boring, lonely, cold week at the lake.