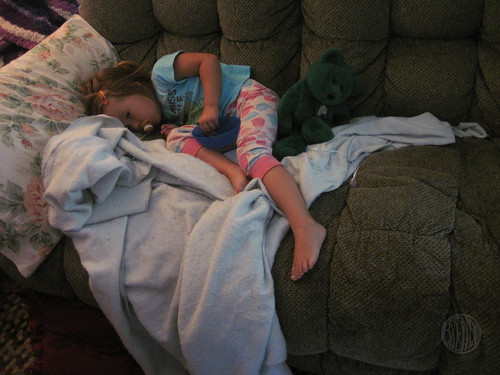 I’ve spent most of today holding a feverish kid with one arm and scrolling through my feed-reader with my free hand. While I’m glad to be catching up on all those blogs I haven’t read for ages, it’s not my favorite way to spend the day. It could be worse. I could be stuck here on the couch without wifi. And we could be puking our guts out from that awful death sickness we had back in February. Thankfully things seem to be turning for the better.

I was supposed to attack some sewing projects with my mom but I think those are going to be put on hold. Bug’s ninja hat for her Halloween costume will either have to be some sort of hand-tied t-shirt job or maybe we’ll just can Halloween altogether. It’s not like we haven’t done that before. I will be a little bit sad though if that happens. 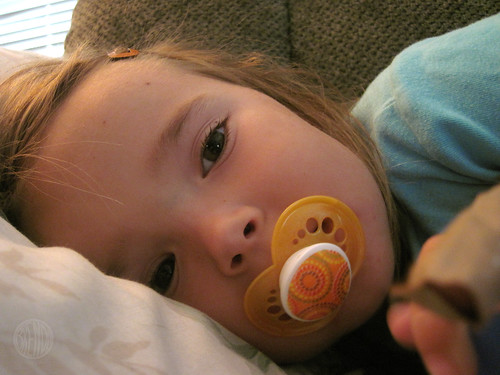 But most of all I just want Bug to feel better. She has been sitting up for the last hour or so demanding ice cubes. I think that is a good sign. Three cheers for the twenty-four-hour part of this virus.

Thinking of all you other folks out there suffering from this season’s crud. Let’s all get better! 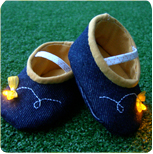 Wee baby shoes with blinking lights! I don’t have a baby to make these for but the idea intrigues me nonetheless! Spied via Paperseed.