posted in Family Matters, fighting the fat gene on September 4, 2009 by SAJ 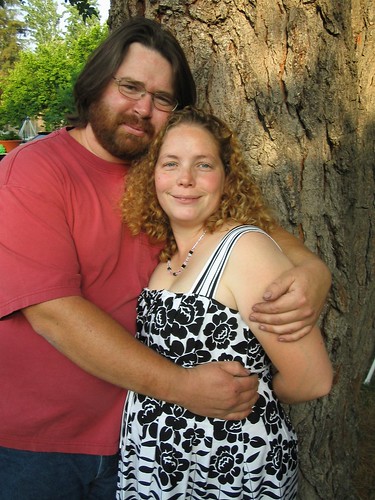 Hi, all. This is just a quick update on my brother. I don’t know if many of you have been following the news on my twitter feed but my brother suffered from some heart pain and pain in his left arm the other day. He spent several hours in the emergency room getting tested. All the tests came back inconclusive but it looks like he has congestive heart failure, an enlarged heart and lung. He seems to be okay now though. He is on his way back home from Oregon (he is a long-distance trucker) and will get more tests when he gets home to figure out what is going on. He can’t drive right now (obviously) so one of my cousins is driving up to get him in Oregon and will bring him down to Red Bluff and from there CC will drive him home.

We’ve all known this could happen. My brother pretty much looks like a walking heart attack, not to mention it runs in our family. My grandfather had six heart attacks before he turned 40 (I could have my facts wrong but it was something like that). Shawn has been cutting back on his food intake for years and has been off red meat for a long time. Making life changes is of course a big issue here, but when I talked to him on the phone yesterday he seemed even more worried his job and family.

After many many years of failed careers it seemed as if he’d finally found something he enjoyed, was good at and actually came with a decent paycheck. It was a big leap for him to become a trucking teacher because he is surprisingly shy but he turned out to be really good at it. We’ve all been so overjoyed by this latest success.

BUT now that he is at risk of heart attack, he will probably lose his job which is exponentially damaging to him and his family. As you know they’ve barely eked by for years. If you are the praying type maybe you could add Shawn and his family (and especially CC who shoulders most of the stress) to your list.

Thank you from the bottom of my heart. I might try and put together some kind of fundraiser for them…so if there is any kind of art, coloring sheet etc. that you’d like me to sell for maybe a $1 a download or something, let me know in the comments. I’ll try to get on that ASAP. Also I’m donating all profits from my etsy shop to them too.