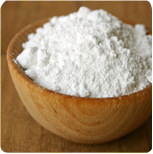 Something intriguing…could it be true? Can baking soda and apple cider vinegar replace shampoo and actually be better for your hair? I’m curious. Maybe I’ll have to try this on our camping trip. Spied over at Simple Mom. 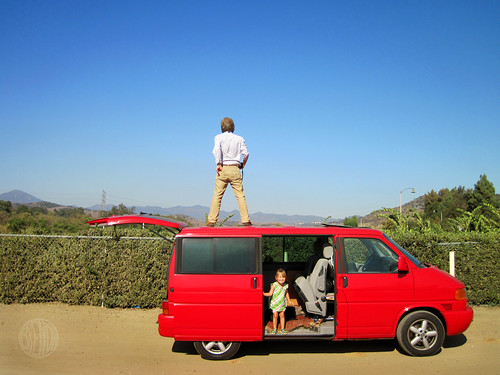 Yesterday was Take-Your-Daughter-To-Work Day. Or at least it was in our house. I have no idea when that day is for the rest of the country. Toby let us tag along on one of his photo shoots because he’s been taking pictures of a local horse ranch and he thought we’d get a kick of out of seeing some real horses.

Before we left, Toby asked Bug if she’d ever seen a horse before. She has, but it was a long time ago when she wasn’t even a year old, so I doubt she remembers it. But of course she said she had and when Toby asked her how big a horse was she showed him her hand. As if horses were as big as a hand. We finally got it out of her that she had seen horses in books and they were about the size of her hand. When we explained that horses are bigger than me or Toby her eyes got really big. 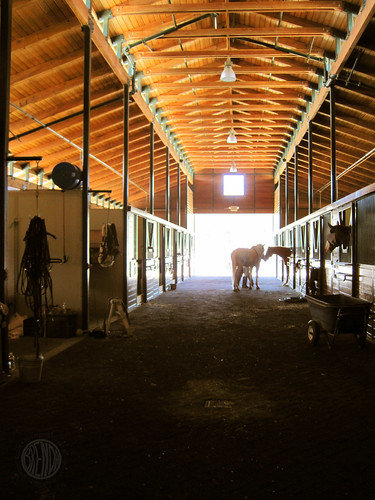 The first thing we did when we got there was meet the horses and their trainer. I was so nervous about the horses myself that I didn’t actually get a good shot of Bug petting them (stupid low light and bad angles), but she did. She was quite impressed. The trainer was very nice. 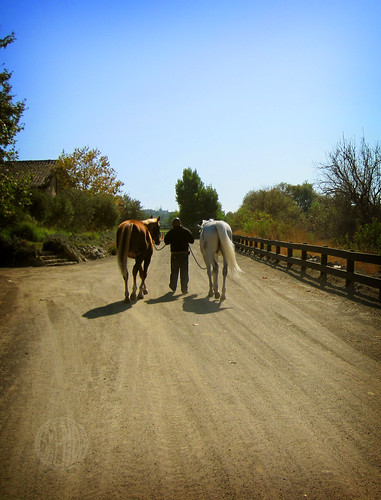 A stable hand, named Juan, led the model horses out to the pasture to be photographed. The owner of this ranch is selling his property and Toby thought it might be nice to have a few horses in the foreground of his regal estate. 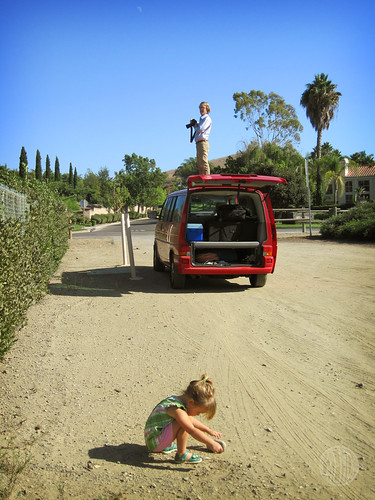 Then we drove around to the front of the property and Toby climbed up on top of his van to get his shot. Who needs a giant ladder pod when you can climb up on top of your big old Eurovan to get your angle? He does it all the time. I’ve even had to patch up his pants a time or two from some of his stunts. I hope I’m not giving away a trade secret here but I thought you guys might find it interesting. I’d share the shot he took while up there but he’s still processing the images. Instead here’s a shot Bug took: 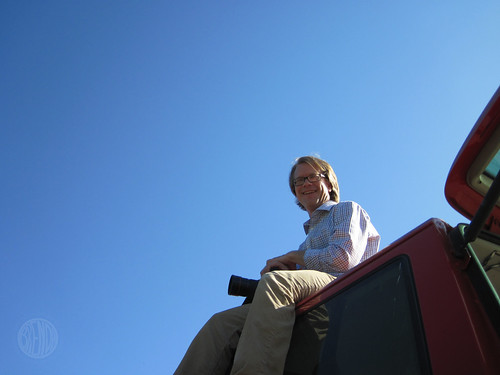 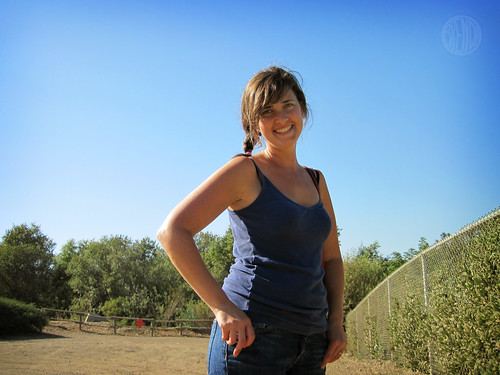 And one of me, though I’m not so fond of this angle.

It was hot and dusty out there. It’s amazing how going inland a few miles in Southern California means the temperature goes up dramtically. We think we’ve had it bad during this latest heat wave, but it was scorching out in San Juan Capistrano. I could almost feel the moisture being sucked out of my skin. 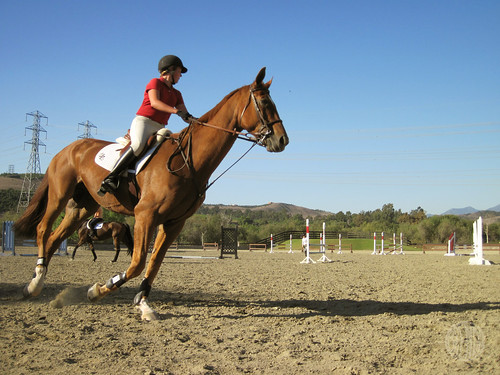 The horses don’t seem to mind the heat much. They seemed to love it out here. I suppose horses would like to trot along the beach just as much as I do but there’s lots more room for them out here. Miles and miles as far as you can see there are hills and valleys just waiting to be galloped over. We walked around the property a bit and had the pleasure of watching two girls learning how to ride. They galloped and trotted and jumped over gates. It was all very exciting. 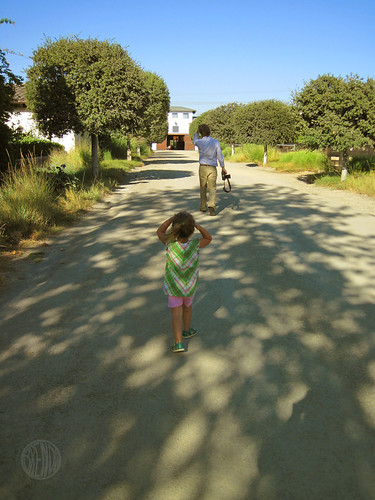 Not bad for a day’s work. Then we left and drove straight to Starbucks for the biggest coldest passion iced tea we could buy, and boy did it taste good.