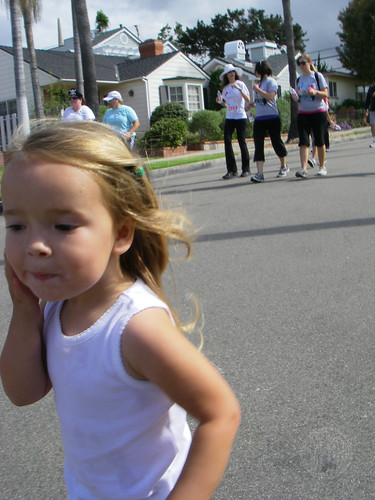 Before we left for the Actuallys’ for our very serious house-sitting/cat-sitting job, Bug and I squeezed in a two-mile “fun walk” at home. It wasn’t the smartest move. I only had a limited amount of time to pack my car with fifteen loads of dirty laundry and every craft supply I could think of, but a girl’s gotta do what a girl’s gotta do. I promised the Actuallys I’d take them to the airport so I had exactly 1.2 hours to pack and hit the road. Why not squeeze in a local fun walk too? You know what they say, “If you want to get something done, ask a busy person.”

Pfffffff. I wish that was true. Tell that to the nine people on my waiting list and all the emails in my inbox that have gotten moldy while I take three months to respond to them. Groan. 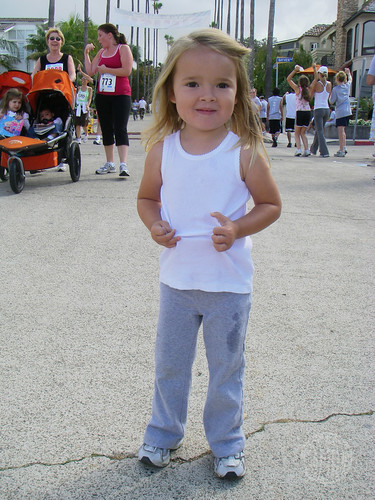 The thing is, I’m fond of this local race. Remember when I ran the 5K when I was eight weeks pregnant? That was so incredibly fun. I wanted it to be my yearly tradition and Bug and I kept it up that first year. But then I flaked in 2007. I did NOT flake in 2008 however. I just flaked on writing about it. 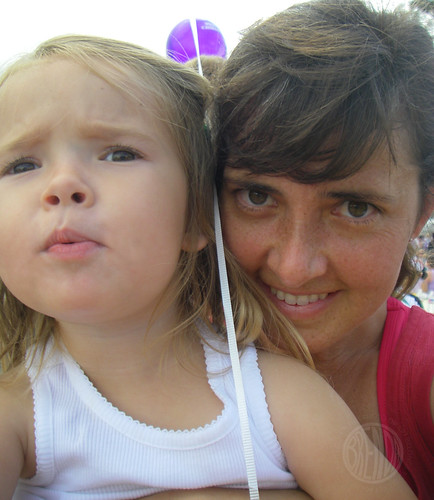 So here we are at the race in 2009 kicking butt again. Technically we didn’t run it. We walked it. I’m a little out of shape. But we still broke a sweat and I felt like a million bucks when we were done. I really need to step up my game and exercise more regularly. I don’t know why I always forget that exercise feels even better than eating a cupcake. 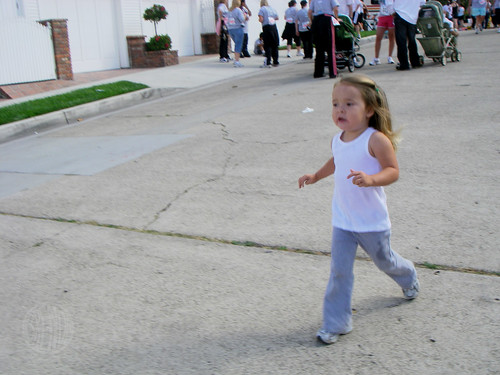 Wouldn’t it be cool if Bug grew up to love running? I think half the reason I still like to run now in my middle age (besides the fact that I was blessed with knees that never give out on me) is because I used to run with my Dad when I was a kid. Not that my Dad was into running but I was and he ran with me. My Dad is so cool like that.

I probably never would have started running if I didn’t have this crazy fifth grade teacher who was a running nut. You remember those guys in the eighties? He made the whole class run. It was great. A lot of kids whined and complained about how much running hurt but I took to it which was really strange and fun because I was always that kid who got picked last for kickball teams. I might suck at sports but I can run and run and run and run. I was never fast but running didn’t bother me. Slow and steady wins the race, that was me.

Running really helped me deal with anxiety back then. I remember as a kid feeling like I had too much energy and no where to put it. My brain might be tired but my body wasn’t. So I’d go run a couple of blocks with my Dad and come back tired and happy. I wish I could still do that.

Right now I’m sort of stuck in a failure-loop where half the time I’m just too lazy and the other half of the time Bug refuses to ride in the jogger stroller. It’s so hard to get motivated when you have a little person around who would much rather eat waffles with Nutella on them in the morning than go for a little stroller jog on the beach with you. I know, I know. Excuses, excuses. But believe me when push comes to shove those excuses add up! 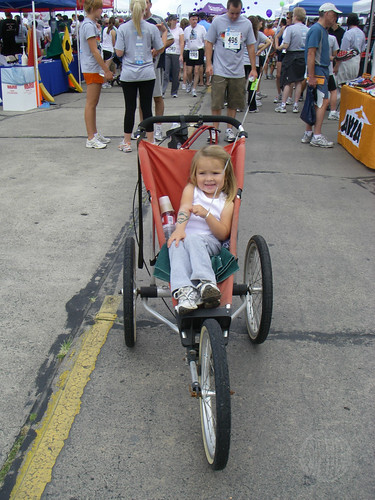 Except when they don’t! I’m so proud of Bug and me for squeezing in the Fun Walk. We still made it to the Actuallys in plenty of time to get them to the airport and as far as I know I didn’t forget anything in my hasty packing—A miracle really since every other time I’ve visited, I’ve forgotten something really key. Good thing Bethany keeps a stash of toothbrushes here for me. 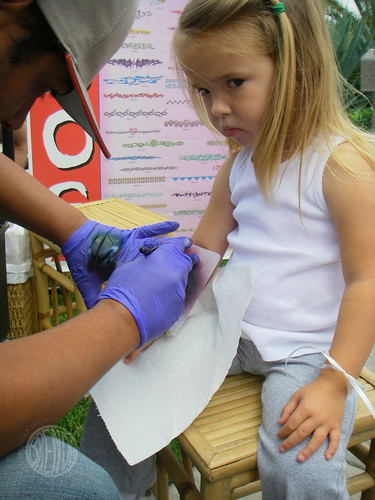 I almost forgot! Bug got a tattoo at the after-race festivities. It’s air-brushed. But that doesn’t make her any less tough. 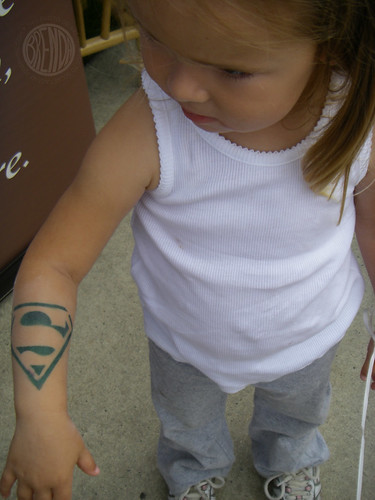