posted in Family Matters, the sticks on November 8, 2008 by SAJ 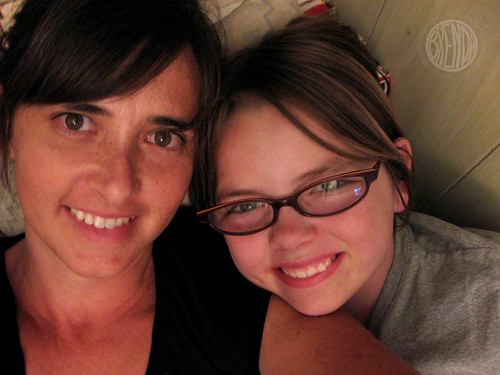 Here I am tired, taking pictures with my number one niece. I’m not tired because of the estate sale that I barely do anything at. I’m tired because my kid has been waking up at 4:40 am demanding doughnuts for breakfast. Those stupid doughnuts. Her Grandma bought her a box and I don’t think she’ll be happy until the entire box is gone. Which it is now. I let her eat five mini doughnuts in one sitting because I was not going to get up and cook eggs before five am. But that’s another blog post.

Anyway, I just wanted to come here and say that yesterday’s sale was just as successful as the first day. I realize that making three-hundred bucks in a day is not that big of a deal. I can make that in three hours doing graphic design (IF I could ever work for three hours straight that is) but in garage sale language that’s big time. 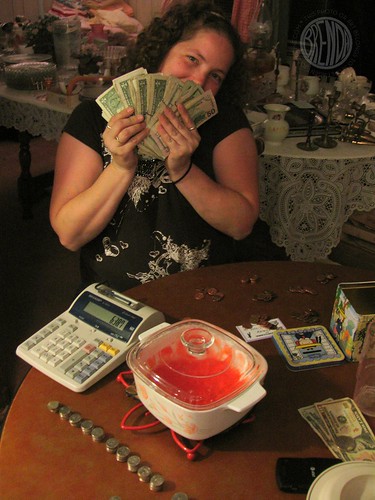 While the money is nice and getting rid of the stuff is even nicer, what really left a lasting impression on me yesterday was all the stories that came with the money. My mom really got to meet her neighbors. I mean really got to meet them. They’d come into the living room, poke around through the dishes and towels, buy a few things and then sit and talk. We heard story after story after story. 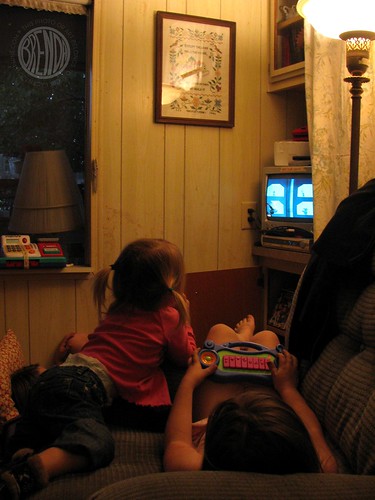 Most people have big yard sales and estate sales when they move out of their neighborhood. My mom is having one when she moves in. It’s not conventional but it sure is good for welcoming yourself to the neighborhood!

P.S. More estate sale stories on cc’s blog! I never did get to tell about our wolf-whistling, Thelma-and-Louise-inspired sign-posting adventure. Good thing she did.